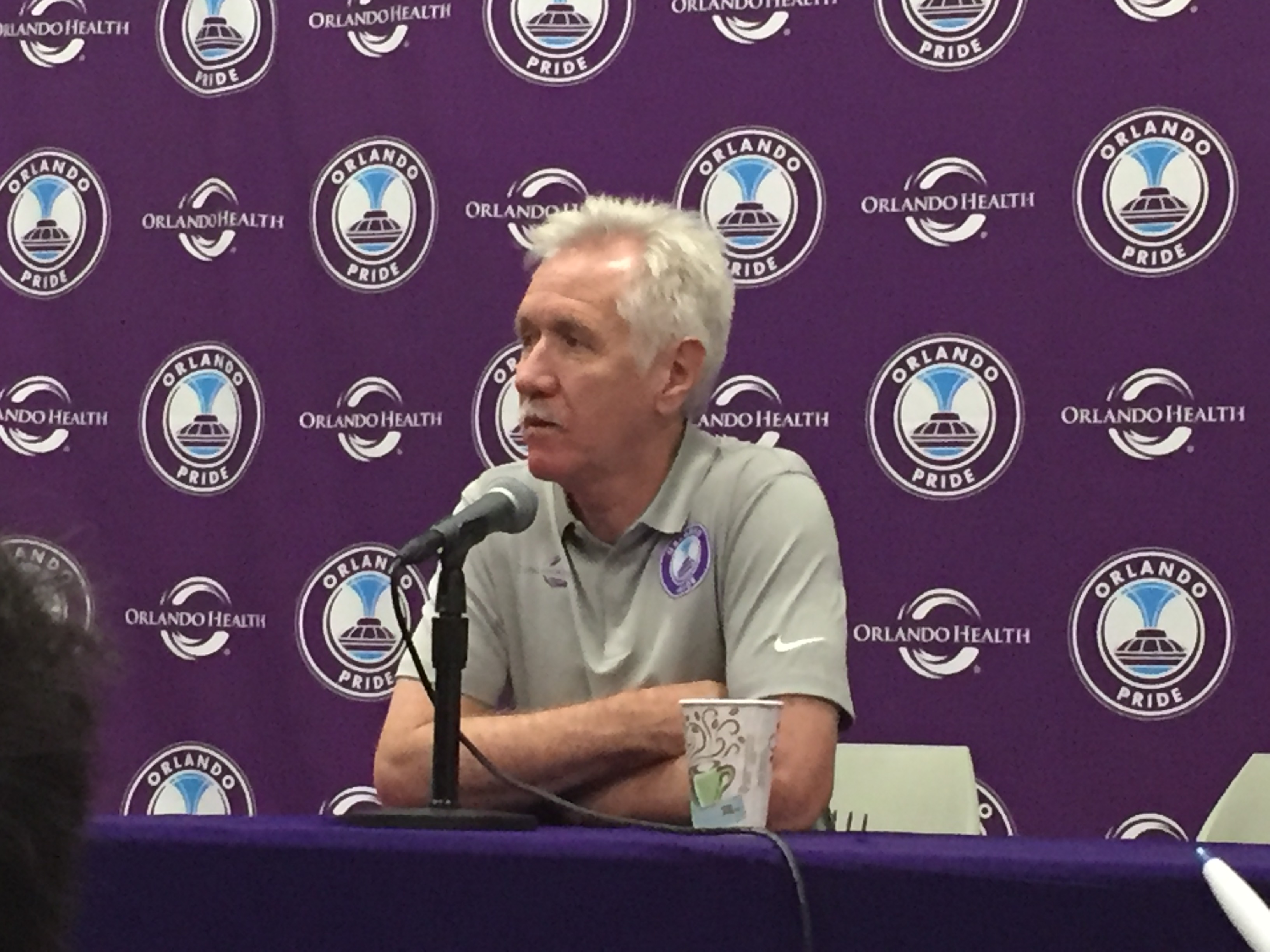 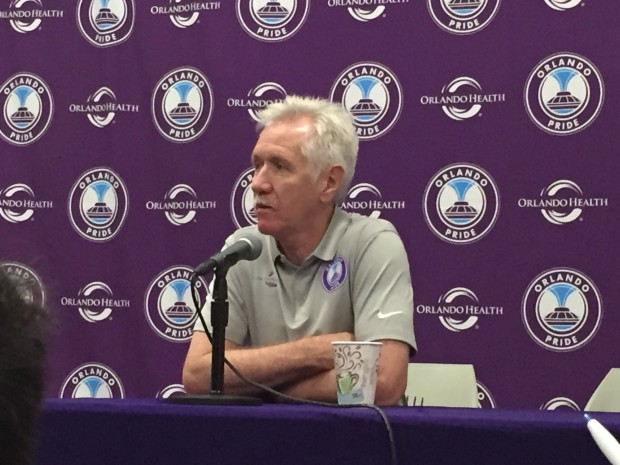 ORLANDO, FL. — Orlando Pride won their first ever home match on Saturday night, 3-1 over the Houston Dash. A three-goal barrage to start the second half was the difference after Ashlyn Harris kept the score level with a world-class save on Janine Beckie early in the match. Here’s what we learned:

Orlando is soccer mad: Okay so we didn’t necessarily learn this, but the days of Portland being the great anomaly of women’s soccer are over. That’s not to say any old city can just wave a wand, start an NWSL team, and put 20,000 for the opening match, but no longer can we say that Portland is the only city where fans will flock to see women play soccer. I arrived at the Citrus Bowl around 4:30 p.m. to find tailgaters already set up in some of the parking lots that were open. Outside other lots that had later opening times, cars were backed up into the street waiting to get it.

Pride defender Laura Alleway said she arrived at 6 p.m. and was wondering what so many people were doing there with the game still 90 minutes away.

At the end, 23,403 were on hand—an NWSL record that was announced about two hours before kickoff. If that record gets broken anytime soon it will be by the Pride since no other club plays in a venue that suits that number.

Ashlyn Harris, who grew up in nearby Satellite Beach, said the crowd was so good and so loud it was almost a hindrance to her ability to communicate with a back line that does not have tons of experience together.

“I love it, but it is very, very difficult out there to get my players to do what I need them to do because they can’t hear me,” Harris said. “So it’s a good thing but it’s also a bad thing for me.”

Pride founder and president Phil Rawlins said he expects the requisite drop off in attendance after the heavily-promoted opener but said it won’t be by all that much.

Said head coach Tom Sermanni: “Hopefully we did enough tonight to encourage them to come back and watch the rest of our games.”

Holding our breath on Carli Lloyd: There was not much that went wrong on Saturday in Orlando. But what did go wrong might turn out to be very wrong. In the 5th minute, Carli Lloyd pressed on Laura Alleway to challenge an outlet pass and blocked the ball with her foot. She came up lame on the play, walked off gingerly, and after several minutes on the bench was replaced on the pitch by Kealia Ohai. Lloyd is scheduled to have an MRI on her right knee.

“I was just going sort of for a clearance and I guess when she blocked it she didn’t have her ankle locked and it sort of made her knee hit out,” Alleway said. “The first thing I was check that she was alright. I hope it’s not too bad an injury.”

Alleway said the way the ball hit Lloyd she thought it could be MCL related which is not an ideal scenario but is not quite the four-letter equivalent as ACL.

Lloyd is not only a key member of the Dash but also for the United States national team. She has the winning goal in the gold medal matches at the last two Olympics and scored a hat trick in the World Cup final last summer on her way to winning the golden ball and Ballon d’Or as world player of the year.

By the end of the night, the notoriously driven Lloyd was already on Twitter discussing her MRI and beyond.

Thank you all for the support. This won't stop me. Will get an MRI and go from there. I will be okay.

Lianne Sanderson can be a difference maker for the Pride: So much happens over the course of a soccer match that it can be difficult to pinpoint the moment when the most pivotal moment comes. On this night it likely happened while play was stopped. That is when Lianne Sanderson asked referee Brandon Artis if she could take a free kick even though no one else on the pitch was remotely close to ready for it.

“I think I’ve actually scored three goals like that,” Sanderson said just as calmly as she ad acted to beat a completely unprepared Dash keeper Lydia Williams. “I always ask if I can take it quickly and most officials say no. I know what the rules are, if you ask, then you can take it quick. All my teammates were yelling at me, ‘Lianne, calm down’ but I knew exactly what I was going to do. I saw the goalkeeper line up on the near post and I knew if I bent it in, it was going to do in.”

“That is a sign,” Sermanni said, “of a very intelligent footballer who is switched on. What you find is lots of players, lots of teams, as soon as the ball is dead, they go brain dead. That happens at every level. Lianne was switched on. It wasn’t just the quick thought, but the execution was first class as well.”

The goal extended the Pride’s lead to 2-0 and set them on course for the first win in club history. They added a third before the Dash pulled one back and put on late pressure to no avail. The free kick goal by Sanderson even had some of her teammates taken by surprise.

“I was just watching the video,” Becky Edwards said with a chuckle. “All of us (were) just walking and then she just hits it. It was pretty clever of her. The goalkeeper was setting it all and she didn’t ask for 10 yards and shot it.”

Sermanni called Sanderson the Pride’s “best pure footballer; our most gifted and skillful player.” and added that the English international is building her fitness up to become a 90-minute player.

“When she’s on the field we become a much more creative team,” Sermanni said.