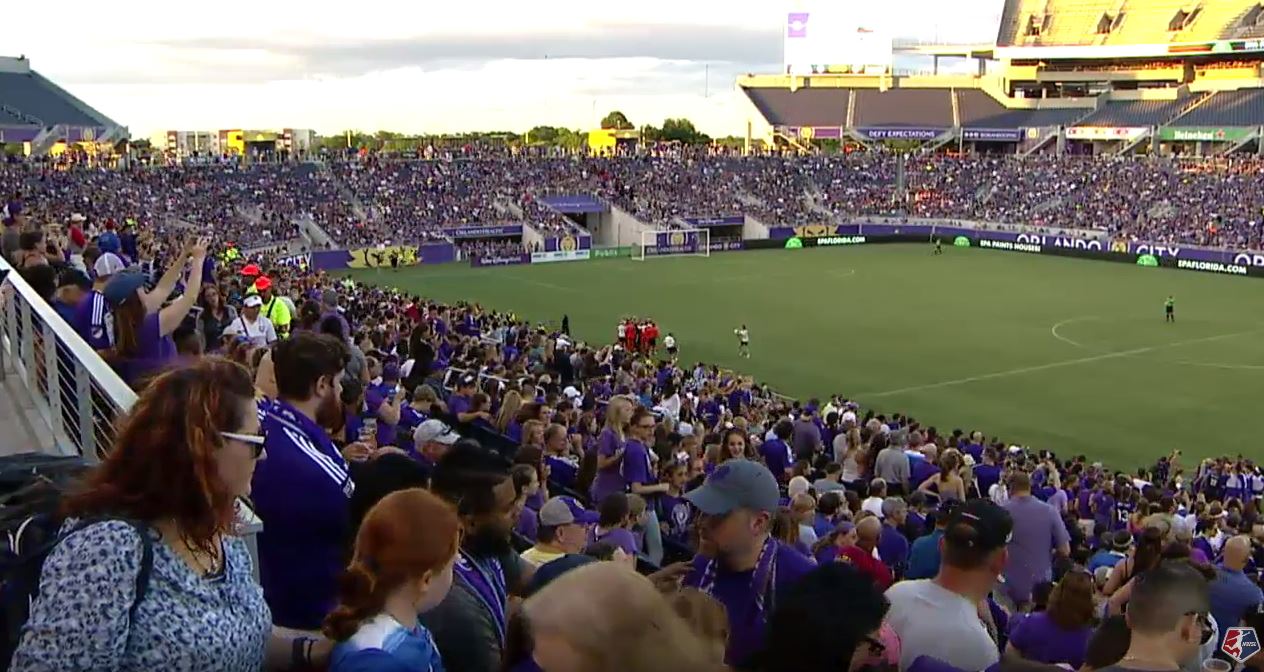 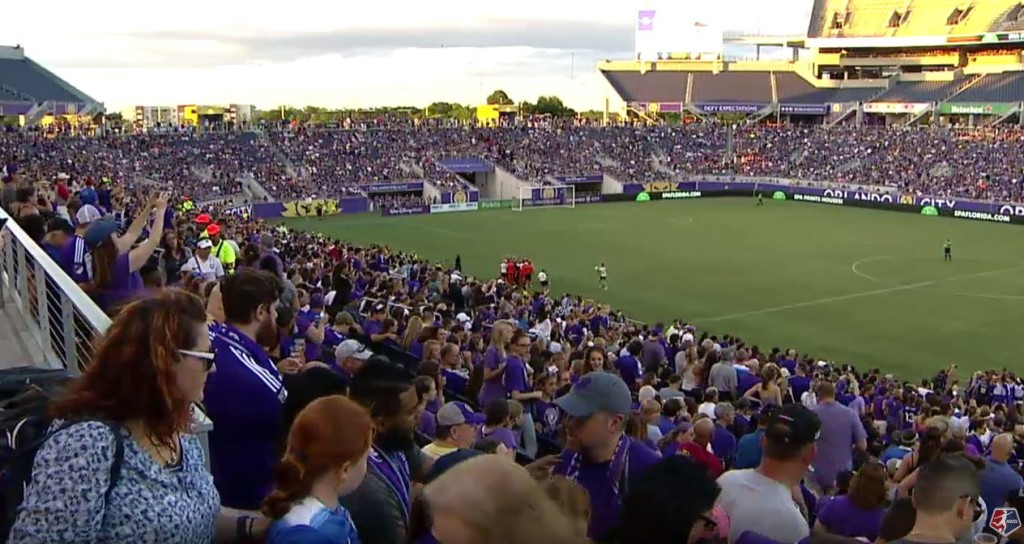 The new NWSL single-game attendance record belongs to the Orlando Pride, who hosted 23,403 fans on Saturday at the Citrus Bowl.

ORLANDO, Fla. — Just inside three hours before kickoff of the first Orlando Pride home match the club announced it had broken the NWSL’s single-game ticket record held by Portland Thorns FC. Pride president Phil Rawlins estimated the crowd would be in the 23,000 range at the Citrus Bowl on Saturday night. The previous record was 21,144 set last July 22 and matched August 30.

Saturday’s announced crowd in Orlando was officially 23,403, meaning no NWSL team will be able to break the mark this season. The Thorns play at Providence Park where 21,144 is a stone sellout. BBVA Compass Stadium, home of the Houston Dash, holds 22,039. All other NWSL venues play to smaller capacities.

Orlando won the game for its first victory in franchise history, beating Houston, 3-1.

The crowd came in all shapes and sizes with some arriving to tailgate more than three hours before game time. Gordon Human came with his seventh-grade daughter who is a local soccer player. “It’s exciting. It’s good for the city,” Human, who is not a season ticket holder but expects to attend more games, said. “It gives us another thing to come out and hand out with friends and tailgate.

Cathy Oliphant has been a season ticket holder since receiving them as a Christmas present and says she is all in as a Pride fan. “It’s nice to have a team here that we can come and support.”

Eric Gillespie came with his three daughters, all of whom play soccer. They are not season ticket holders but are considering taking the plunge. Asked what the he was hoping to see on opening night, Eric’s daughter Kilee interrupted and said, “Awesomeness!”