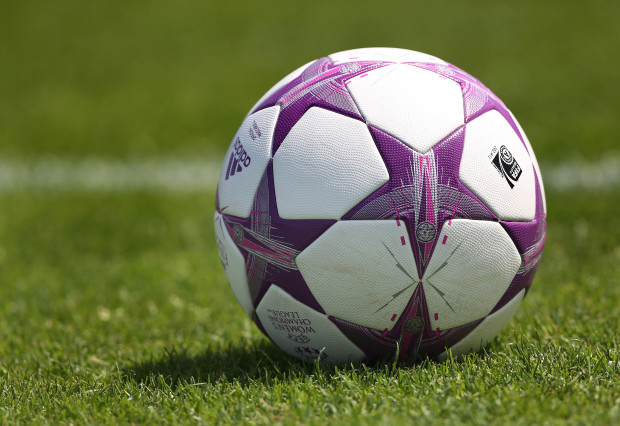 The game ball from the 2014 UWCL final between Frankfurt and Wolfsburg. This year they meet at the semifinal state. (Getty Images)

On May 26th the northern town of Reggio Emilia in Italy will welcome fans from France and Germany, but from which clubs at this stage, we do not know. Europe’s premier competition, the UEFA Women’s Champions League, returns this week with an all-German and all-French set of semifinals, made up of clubs who have all contested the final over the last few years.

Wolfsburg, winners in 2013 and 2014, face last year’s winners, FFC Frankfurt. While Champions in 2011 and 2012, Olympique Lyonnais (Lyon), face last year’s losing finalists, Paris Saint-Germain. What we have here is four of the biggest clubs in Europe, but just who will triumph over the two legs, punching their ticket to the Italian city sandwiched in between Parma and Modena?

An all-German semi-final between two teams separated by one place and four points in their domestic league.

These two have claimed the last three Champions League titles, and will be looking to continue the German dominance when they matchup against one of the two French sides competing in the other last four tie.

On paper Wolfsburg is the stronger side, but they are nursing some injuries to key players that could give Frankfurt the boost they need to overcome their rivals. Norwegian forward Caroline Hansen, who has been in impressive form this year both in Europe and in the Bundesliga, is out for the season, while fellow internationals Noelle Maritz (Switzerland) and Julia Simic (Germany), are also out.

But Wolfsburg fans still have plenty to be positive about, especially the emergence of young winger Isabel Kerchowski, who fans might remember for Germany from the inaugural SheBelieves Cup. With so much attacking talent such as Ramona Bachmann and Alex Popp, few expected Kerchowski to make the impact she has recently. But she, alongside young Belgian Tessa Wulleart, have complimented the more recognizable names such as those mentioned above.

FFC Frankfurt on the other hand, are not the team they were last season, with the club failing to heavily invest in the side to counter the retirement of Celia Sasic and loss of Veronica Boquete to rivals Bayern Munich.

Dszenifer Marozsan will be key, but her health for the game is questionable, while the experienced Kerstin Garefrekes could also be missing as she battles with a calf injury. Forward Mandy Islacker could be one of the most important players on the field, being the only Frankfurt player to reach double figures in front of goal this season.

Form has been indifferent for both teams, dropping points when you’d expect a comfortable win, while also picking up points when least expected to – Frankfurt’s win at Bayern Munich being a prime example. Their respective runs to the semi-final were pretty comfortable up to the quarter-final stage, with Wolfsburg overcoming Italians Brescia in he last-eight, and Frankfurt defeating Swedish champions FC Rosengaard on penalties.

Some might remember that Frankfurt fans were accused of racism by some of the Rosengaard staff and players. After an investigation by UEFA, that charge was thrown out. If the club had been found guilty, it may have been them being thrown out of the competition.

The two sides have met each other twice in the league this season, with Wolfsburg triumphant in both encounters. Ralf Kellermann’s side are unbeaten against Frankfurt since 2013, but the current holders are featuring in their eighth semi-final, a record for the competition.

One worthy note to conclude, Wolfsburg captain Nadine Kessler was forced to retire through injury two weeks ago. Could her teammates be even more motivated to win the competition for her?

The top two clubs in France for the last few years since Nasser Al-Khelaïfi took over the men’s side of Paris Saint-Germain and started to invest in the women’s team that has seen them attract some top internationals – but no trophies. Lyon continue to be the dominant force in France and despite the increased financial power of their rivals, they are still to be tested in domestic football, winning every league title since 2006, and cup competition since 2012.

Take your pick from the Lyon side as to who the stand out players are, because they are all over the field from back to front.

The forward line of Lotta Schelin, Eugénie Le Sommer and Ada Hegerberg is arguably the best in Europe. In fact, no arguments about it, it is the best in Europe! Over 50 league goals between them, their play is almost telepathic – helped by a creative midfield, and a defense that has conceded two (yes two!!) goals all season. Hegerberg is the top scorer in the Champions League this season with ten goals.

PSG on the other hand, are a team that struggle to find that extra gear to overcome their rivals. They currently only sit three points behind the leaders, but with Lyon’s goal difference of +102, you might as well make that four points – and Lyon don’t drop many.

PSG has largely had to play the role of the bridesmaid while Lyon takes the bride role, but they do have the bragging rights in terms of the last time the two clubs met in the Champions League. The Parisians were able to grab a shock 2-1 aggregate victory over Lyon at the last 16 stage last year, with the now pregnant Lira Alushi scoring in both legs. As mentioned earlier, PSG would go onto make it to the final, losing to Frankfurt.

In terms of their run to this stage of the competition, PSG were pushed all the way by Barcelona in the quarter-finals and Swedes Orebro in the last 16. For Lyon, 9-1 aggregate wins over Czech side Slavia Praha and Spanish club Atletico Madrid, suggests their route has been much more comfortable. The clubs have met twice in the league this season, with Lyon winning 5-0 at home, and the game in Paris finishing goalless.

A worthy note in conclusion. If Lyon were to reach the UEFA Women’s Champions League final, it would be Amandine Henry’s last game for the club, with a move agreed to the NWSL with the Portland Thorns.

For PSG, both Shirley Cruz and Jessica Houara-d’Hommeaux are suspended for the first leg in Lyon.