Garber thinks half of MLS teams will get into NWSL 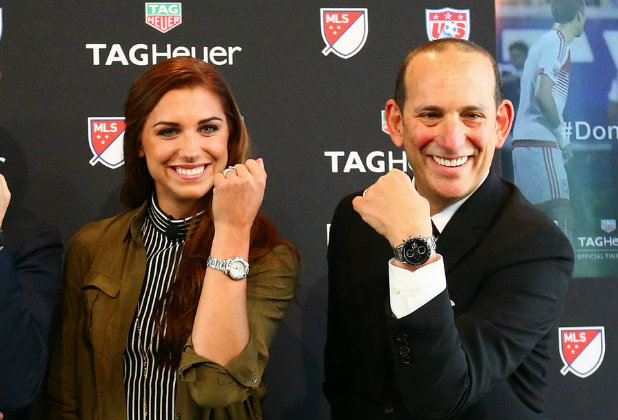 MLS commissioner Don Garber says he thinks that the league will soon see half of its members operating women’s teams as part of their club. Garber added that there is no league-level initiative to be involved in the women’s game, a point he has made previously.

“I think you’ll see, very soon, half of our clubs launching and managing women’s teams. When and how and what the specifics are, I don’t know,” he said in a media roundtable on Thursday.

Garber said that the inclusion of women’s teams in MLS clubs is part of elevating the status of soccer as a whole in the U.S.

“Our goal is to raise the overall perception of professional soccer in this country–both men’s and women’s, our leagues and others,” he said. “I think as the women’s game gets more and more popular, it just makes sense for teams that have the infrastructure to add NWSL teams.”

Three of the 10 NWSL teams are run by MLS franchises: Houston, Portland and Orlando. Houston has the Dynamo in MLS and Dash in NWSL; Portland has the Timbers in MLS and Thorns in NWSL. The addition of the Orlando Pride for the 2016 season — run by the same group which runs Orlando City SC — brought NWSL to 10 teams in its fourth season.

NWSL commissioner Jeff Plush recently said the league is talking to about a dozen prospective expansion teams. MLS side Real Salt Lake is one which has very publicly explored the idea of acquiring an NWSL team.

Plush has said over the past six months, including last week ahead of the NWSL season, that the league would like to expand with two teams in the same season in the next round of expansion.