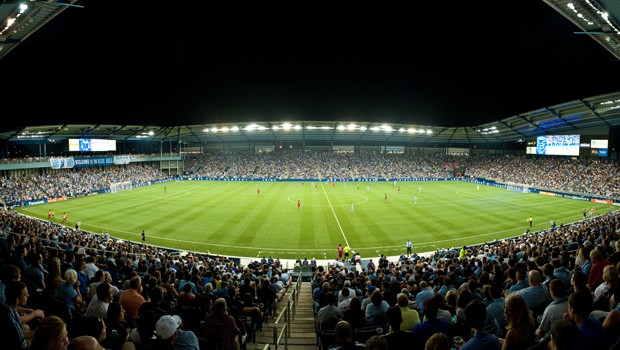 Sam Mewis converted a penalty kick in the 71st minute and Heather O’Reilly hit the post from the penalty spot in stoppage time in the Western New York Flash’s 1-0 win over FC Kansas City on Saturday night. A crowd if 8,022 at Children’s Mercy Park went home frustrated after O’Reilly failed to convert the equalizer and fellow national team member Becky Sauerbrunn was whistled for a handball leading to the Flash goal. The loss marked the second season in a row the Blues have dropped their season opener at Children’s Mercy.

The champions lined up in a 3-5-2 with all three backs–Sauerbrunn, Brittany Taylor, and Yael Averbuch–inside players by trade. The formation was Vlatko Andonovski’s effort to get his best players on the pitch following an offseason that saw several retirements and a pair of pregnancies alter the face of the roster.

The Flash won their penalty after Sauerbrunn was unable to get her arm clear of a bouncing ball in the box. In stoppage time, Shea Groom blasted a ball that Sabrina D’Angelo touched off the crossbar but Elizabeth Eddy pushed down Tiffany McCarty in the race for the rebound. But O’Reilly was unable to level the match.

The Flash (1-0-0, 3 points) head to Chicago next weekend before their home opener on April 29. FC Kansas City are back at their regular digs, Swope Soccer Village, to play the Thorns next Saturday.