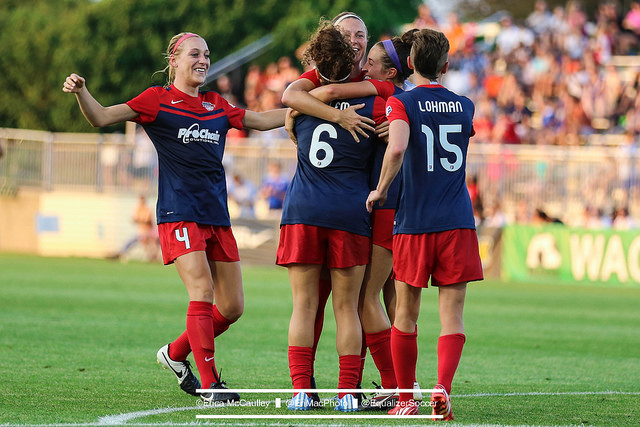 Joanna Lohman got the 2016 NWSL season off to a flashy start, scoring on a bicycle kick in the 3rd minute to give the Washington Spirit a season-opening, 1-0 victory over the Boston Breakers on Saturday night. Before a healthy crowd at the Maryland SoccerPlex, the Spirit made that lead hold up the rest of the way in the debut for head coach Jim Gabarra.

It was also the debut for Breakers coach Matt Beard and his team settled down after a dodgy first few minutes but were rarely able to produce anything threatening in attack. The loss extended their winless streak away from Boston to 13 games. The Breakers have won only four away matches since joining NWSL.

The Spirit (1-0-0, 3 points) next travel to New Jersey to face Gabarra’s former club Sky Blue FC next Sunday. On the same day the Breakers (0-1-0, 0 points) will play their home opener against Seattle Reign FC.