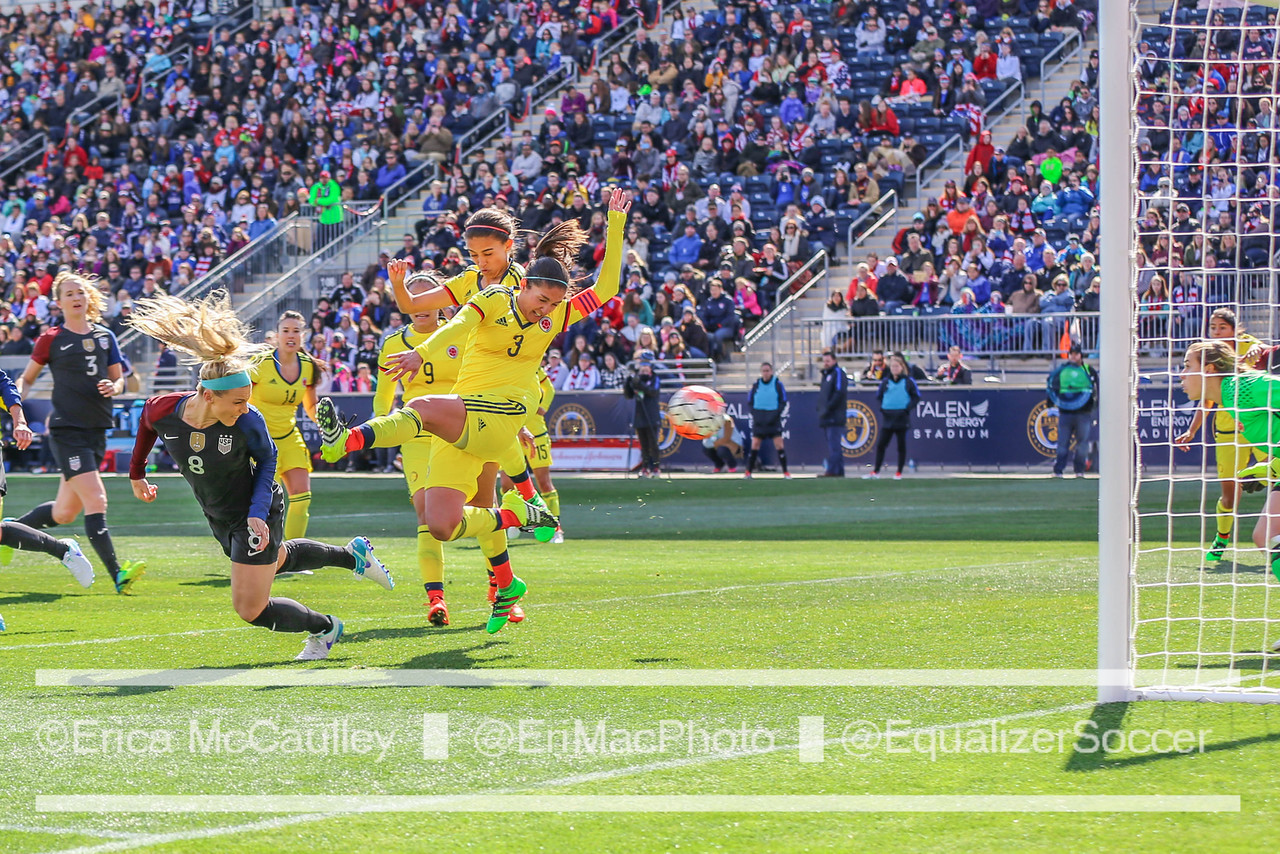 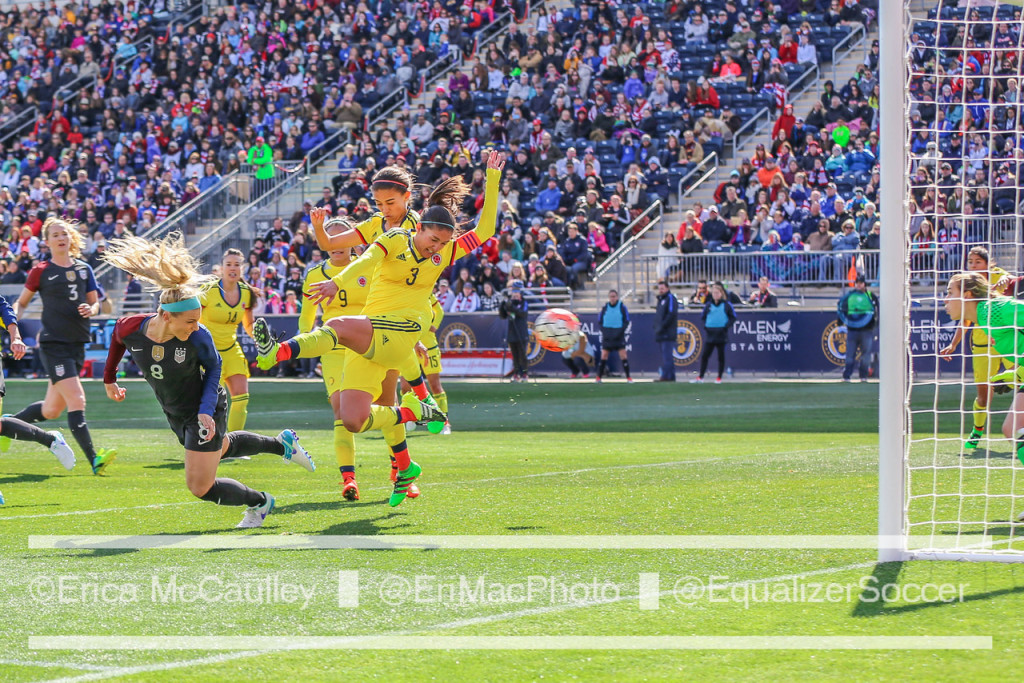 Julie Johnston scored twice for the USWNT against Colombia. (Photo Copyright Erica McCaulley for The Equalizer)

Julie Johnston scored twice and the United States women’s national team defeated Colombia, 3-0 on Sunday at Talen Energy Stadium. It was the U.S.’ second win in five days over Colombia after winning 7-0 on Wednesday in East Hartford, Conn.

Both of Johnston’s goals were scored on free kicks, with the center back making her trademark near-post run to connect with a free kick from Tobin Heath each time. All seven of Johnston’s career international goals have now been scored on set pieces.

[CURREN: U.S. shows off depth in first win over Colombia]

Christen Press opened the scoring for the U.S. in the 26th minute with a cheeky flick over onrushing Colombia goalkeeper Catalina Perez, who made several high-profile saves on the day to keep the score from being as lopsided as Wednesday’s result.

The U.S. women next return to their club teams this week and don’t return to national team camp until late May ahead of a pair of matches against Japan on June 2 and June 5. The Americans will have two more friendlies after that, in July, before departing for Rio de Janeiro to attempt to win a fourth straight Olympic gold medal.