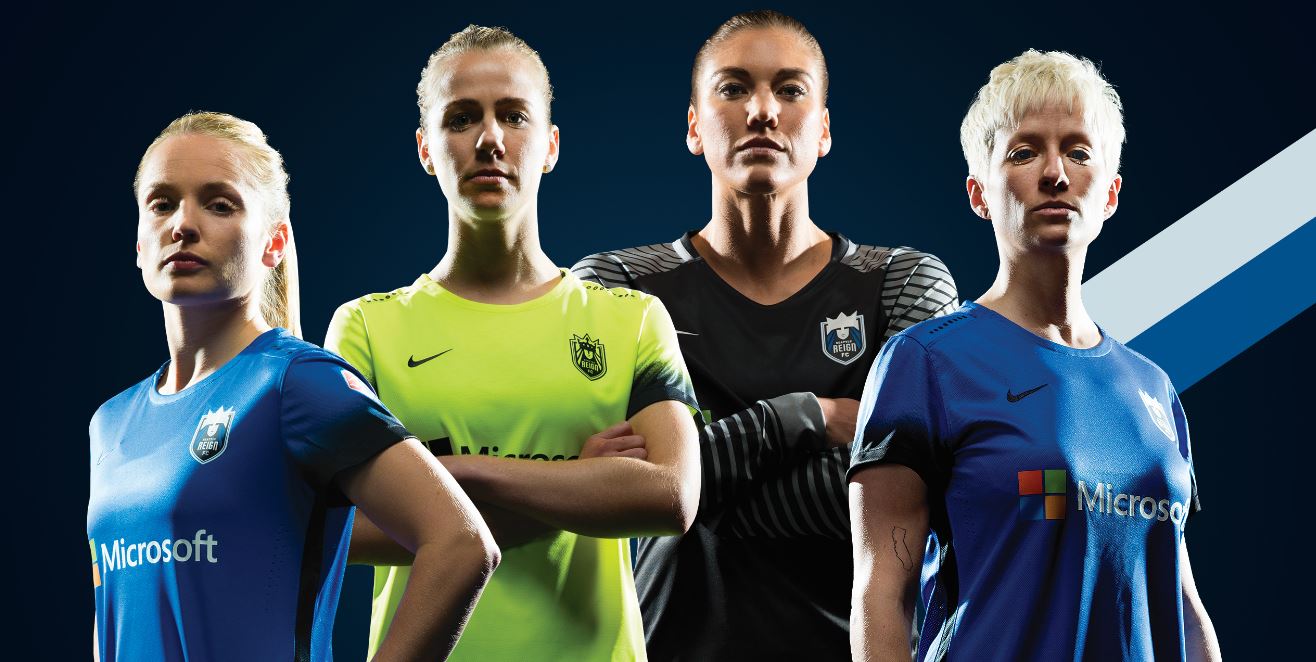 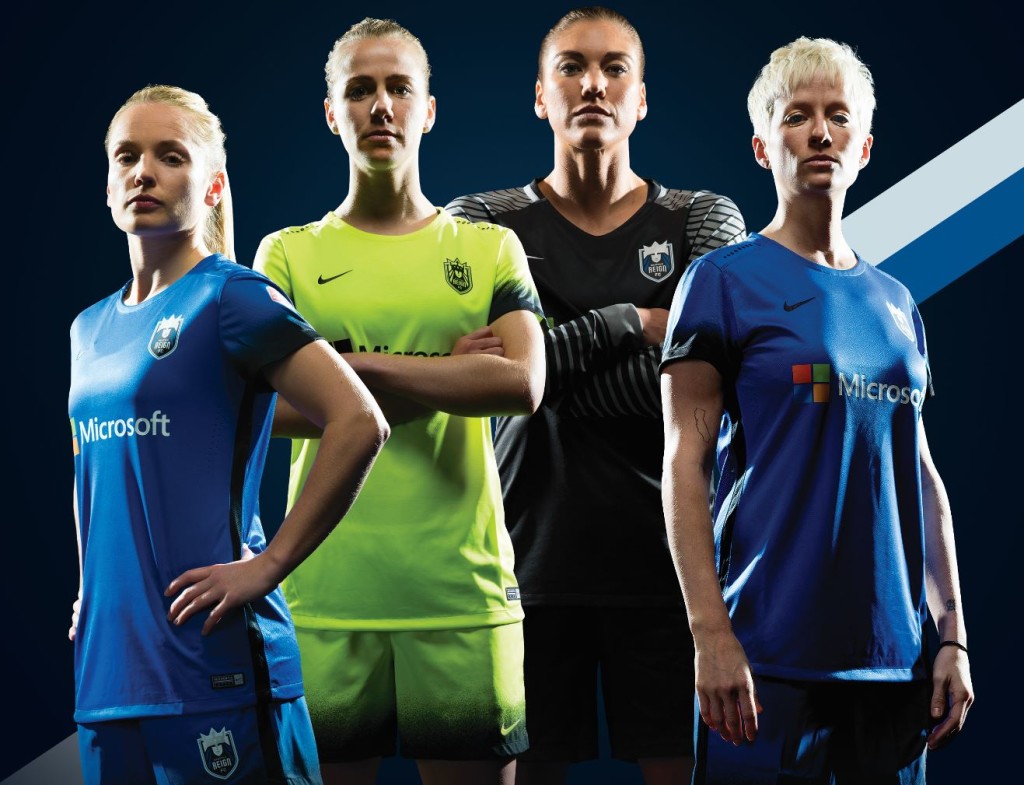 Seattle Reign FC on Thursday unveiled new uniforms emblazoned with the name and logo of technology giant Microsoft across the chest ahead of the new National Women’s Soccer League season. The Reign stuck with their traditional blue and black for the home kit and introduced a new version of a neon alternate, a concept they first tried out last season.

Microsoft’s partnership with the two-time defending NWSL Shield holders will go well beyond a name on the jersey. According to a team statement, it is part “of an ongoing collaboration between Microsoft and Reign FC on the development of Microsoft’s sports science and analytics platform which aims to enhance training and coaching staff decision making through data driven insights derived from the Microsoft Cloud.”

Reign FC will utilize Microsoft hardware, software and Cloud services to manage team operations and analytics on and off the field in a partnership which will stretch from the training field to the front offices.

“I am a firm believer that player data can be utilized to improve player and team performance and to better manage the fitness of our players,” said Reign FC head coach and general manager Laura Harvey. “Microsoft’s sports science and analytics platform provides our club with a powerful, easy-to-use way to develop actionable insights from the data we collect. I am excited about the impact this information can have on our club, and I am looking forward to working with Microsoft to provide a footballer’s perspective on how to optimize and evolve the platform.”

Reign FC also announced on Thursday that its youth academy teams will compete in the ECNL beginning in the 2016/17 season. The ECNL is currently the top flight of girls youth soccer, but U.S. Soccer recently announced that it would begin a girls’ development academy similar to its boys’ academy, controversially deciding to start anew instead of building the academy system through the preexisting and highly successful ECNL.

There are currently 79 ECNL clubs.

“For the past three years Reign FC has demonstrated its commitment to world-class soccer with its NWSL side,” said Tracey Kevins, technical director of Seattle Reign Academy. “We are striving to create a similar environment for our Academy teams, preparing our players for college and the NWSL.”