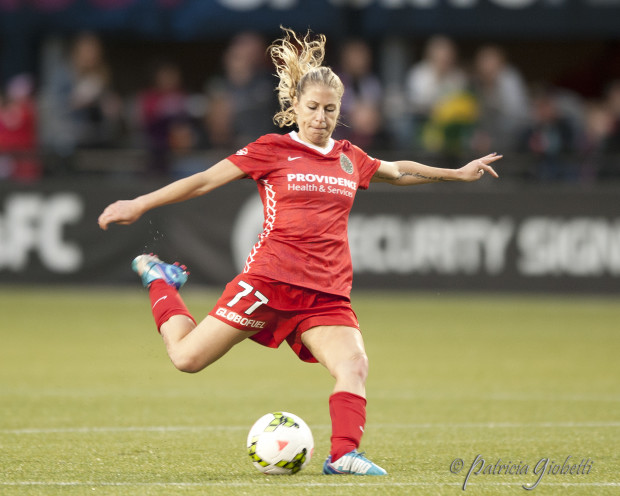 McCall Zerboni will be called on to help stabilize the Breakers midfield. (Photo Copyright Patricia Giobetti for The Equalizer)

Our fourth NWSL club preview looks at the Boston Breakers as they attempt to climb up the table following a last-place finish in 2015.

Last season (4-13-3, 9th place, bottom of the table): The only way is up for the Breakers after finishing rock bottom in the league last year, amassing just four wins from their 20 matches. A lack of depth, and in truth, quality, was a significant reason for the club’s struggles last season, with issues in particular at forward seeing a lack of goals scored.

When Beard first joined Liverpool Ladies, he replaced almost the entire squad, and while the changes in Boston haven’t been quite as dramatic, new faces will play a key role, complementing some of the stronger ones retained from last year.

Keeper Libby Stout has followed Beard from Liverpool and will replace the traded USWNT stopper Alyssa Naeher. While the loss of the popular Naeher was not welcomed by all Breakers fans, it did allow the club to address the defense, bringing in another player Beard knows well, Whitney Engen, who is a solid replacement for the now retired Cat Whitehill.

Forward Louise Schilgard (Fors), another former Liverpool player, has been coaxed out of retirement to link up with Beard again, while midfield duo Sinead Farrelly and McCall Zerboni are solid additions.

Strengths: This will be an ongoing project for Beard as he assesses his squad. The strength probably lies in midfield with the additions of Farrelly and Zerboni adding steel to the creativity and width of Kristie Mewis and Steph McCaffrey.

Kassy Kallmann was an important addition in defense last season, but she needed help, and this season she has it. Christen Westphal was a standout for the University of Florida and will be a regular, while Whitney Engen could be available all season due to question marks over her Olympic selection, which would be a massive boost.

When asked about the development of the defense, Coach Beard said: “We’re pleased with where we are and have been drip feeding bits as we go and working on certain things. But the most important thing is whichever club I go to, I have always worked from back to front. So as long as we are hard to beat, then we have always got hope of winning games if we don’t concede goals.”

Areas of Development: Goals! It’s as simple as that. Kyah Simon can’t do the job alone and she needs help from her fellow forwards, as well as the midfield chipping in with the occasional strike. Boston traded up at the draft back in January, but they didn’t go for a forward as some expected they would do.

Picking at three, the likes of Rachel Daly and Janine Beckie were both available, who are now both in Houston. Mackenzy Doniak was also there to be had but dropped to the Flash at 11. Beard opted for defender Westphel, stating he needed to address the defense.

“Of course there was a temptation to bring in a forward, but I’m pleased with my midfield and my front line, we needed to address the defense,” Beard said.

Stephanie McCaffrey has broken into the United States national team since last season finished and the team will be looking for her to build on her rookie season, netting three goals and three assists. Unbelievably, that goal tally was only bettered by Kristie Mewis, who bagged six, so there is no doubt there will be pressure on the forwards from the off.

But as mentioned above, this is a season of development from top to bottom, with head coach Beard himself admitting that this year will be very much about learning the league, and about his players.

He said: “I’m in a win-win situation as the club hasn’t had a good couple of years, and If I can come in and improve things on the last two years, then people will see that as progress.”

Point of Interest: The Breakers have won just 18 of their 66 matches in the NWSL, eight in 2013, six in 2014 and four in 2015. Unsurprisingly, they have never qualified for the playoffs with that record. Having finished 8th in 2014 and 9th in 2015, the team will be doing everything it can to avoid the sequence continuing by finishing 10th.

While the team will once again be under the spotlight following a couple of indifferent seasons, coach Beard is not making any bold statements.

“If we can finish mid-table or break into the play-offs, then that’s a good season, but I’m not putting myself under pressure or the players under pressure – I’ve got a lot to learn about this league.”