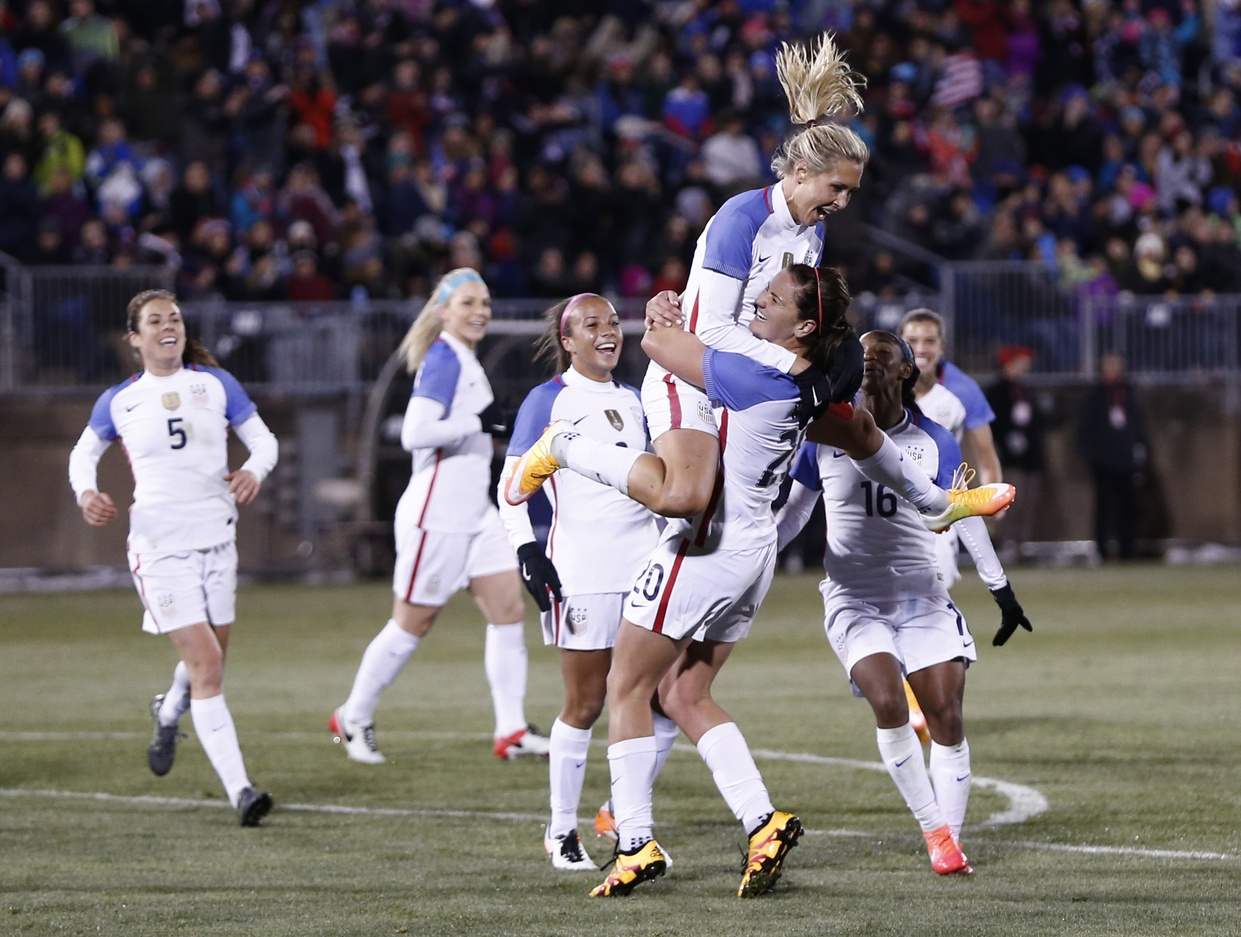 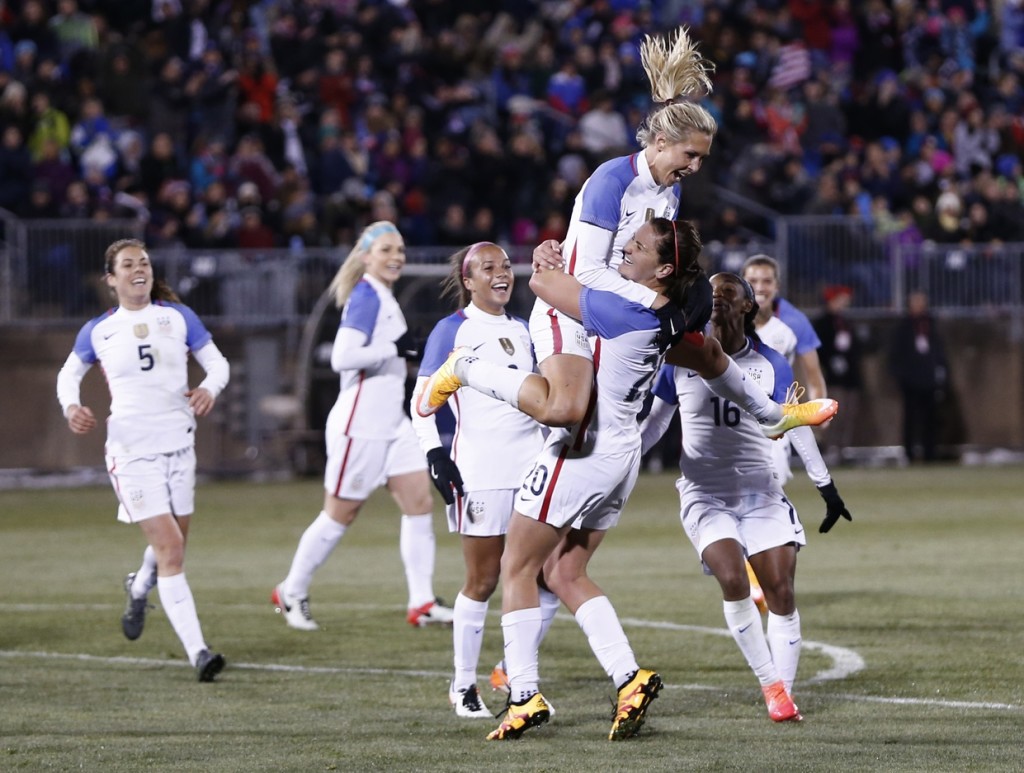 Carli Lloyd dishes to Crystal Dunn, who slots home for her 12th goal in her last 18 matches for the #USWNT. #USAvCOL https://t.co/5mSrD0Znjc

Lloyd added a second assist to Mallory Pugh and later scored on a Pugh assist. Long scored her first international goal on a header assisted by Lindsay Horan. Tobin Heath scored in the second half on an assist from Crystal Dunn.

{LAULETTA: Business as usual for U.S. despite potential distractions}

“She did well,” U.S. coach Jill Ellis said of Long. “She had a good week of training. We’re still obviously making sure we’re looking for depth. She made some good decisions, obviously got a couple of goals, and was impactful.”

Long had not been in with the national team since Tom Sermanni era.

“The first goal was a great service in by Lindsay Horan and I was able to get on the end of it and did anything I could just to flick it towards the goal and went in,” Long said. “The second one (Johnston) did a great job just to keep it in bounds and I was able to just get a little flick on it.”

On the long gap between callups Long said: “It’s been a really long journey. I think I’ve learned something every time I’ve gone into camp and left. So this time I took everything I learned and worked extremely hard. When I got the call I knew it was my chance and I needed to take this opportunity and grab it.

WATCH: Allie Long connects on first international goal
Business as usual for US against Colombia