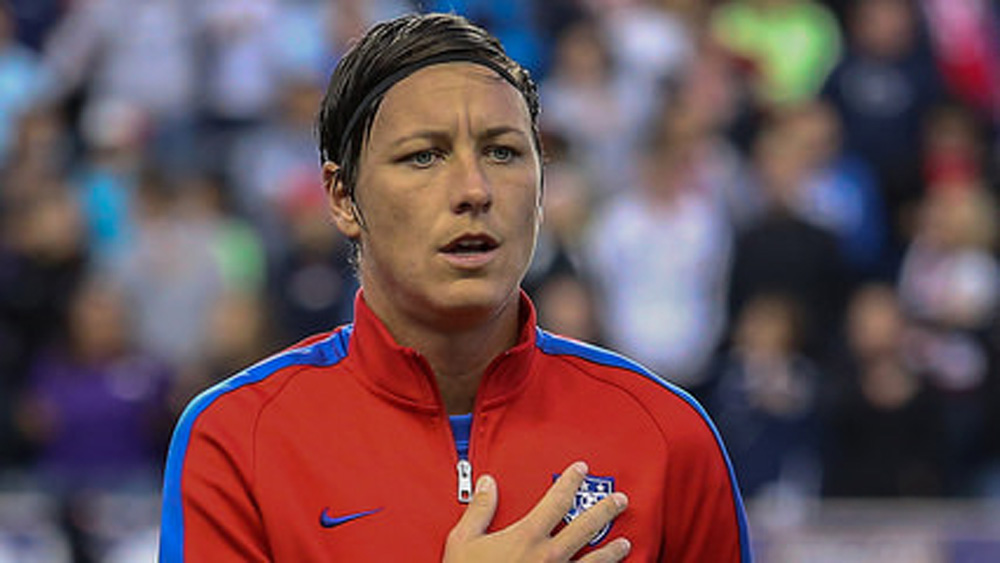 Abby Wambach was arrested for DUII on Sunday. (Photo Copyright Erica McCaulley for The Equalizer)

That’s U.S. Soccer’s marketing slogan meant to unite a nation — players and supporters of the men’s, women’s and youth national teams. Everyone plays for the same crest — yes, even that new crest.

But the past four days have shown anything but that. Sunday offered further insight into that.

Responding to the arrest of world all-time leading goal-scorer and retired U.S. women’s star Abby Wambach on Sunday on the suspicion of driving under the influence (DUII), U.S. men’s national team members Alejandro Bedoya and Jozy Altidore took jabs on Twitter, first Bedoya and Wambach and then Altidore in reference to Hope Solo: 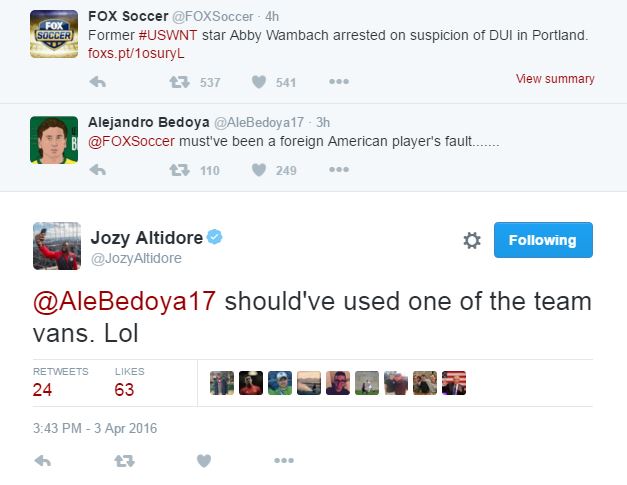 The players were asked on live national TV on Thursday if they had the support of the men’s team, a question which brought a bewildering chuckle of an answer. See the 4:22 mark at the video below:

The silence which followed from their male counterparts was disrupted only by Tim Howard — who drew the short straw by having pre-scheduled media rounds in New York on the same day the U.S. women’s players’ news dropped — offered brief words of support.

U.S. men’s legend Landon Donovan offered his take on Twitter, saying that the women and men shouldn’t be paid equally, but fairly. If one team generates more revenue, it should be paid more, Donovan argued.

Bedoya doubled down on his tweets on Sunday afternoon. 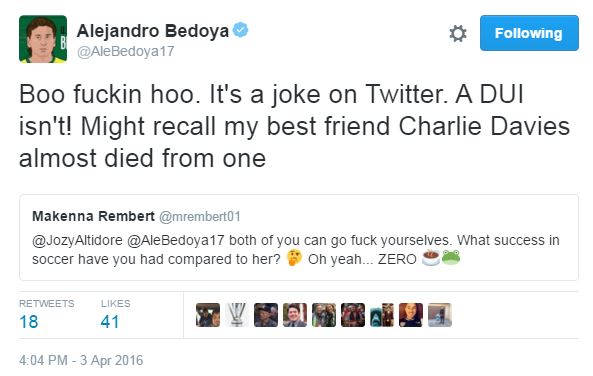 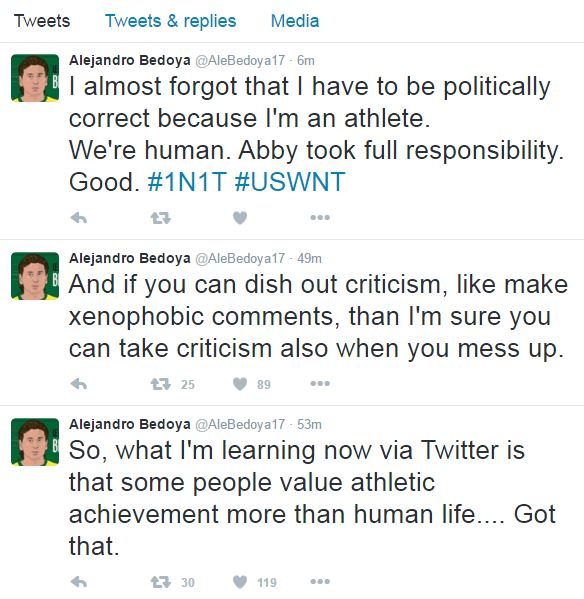