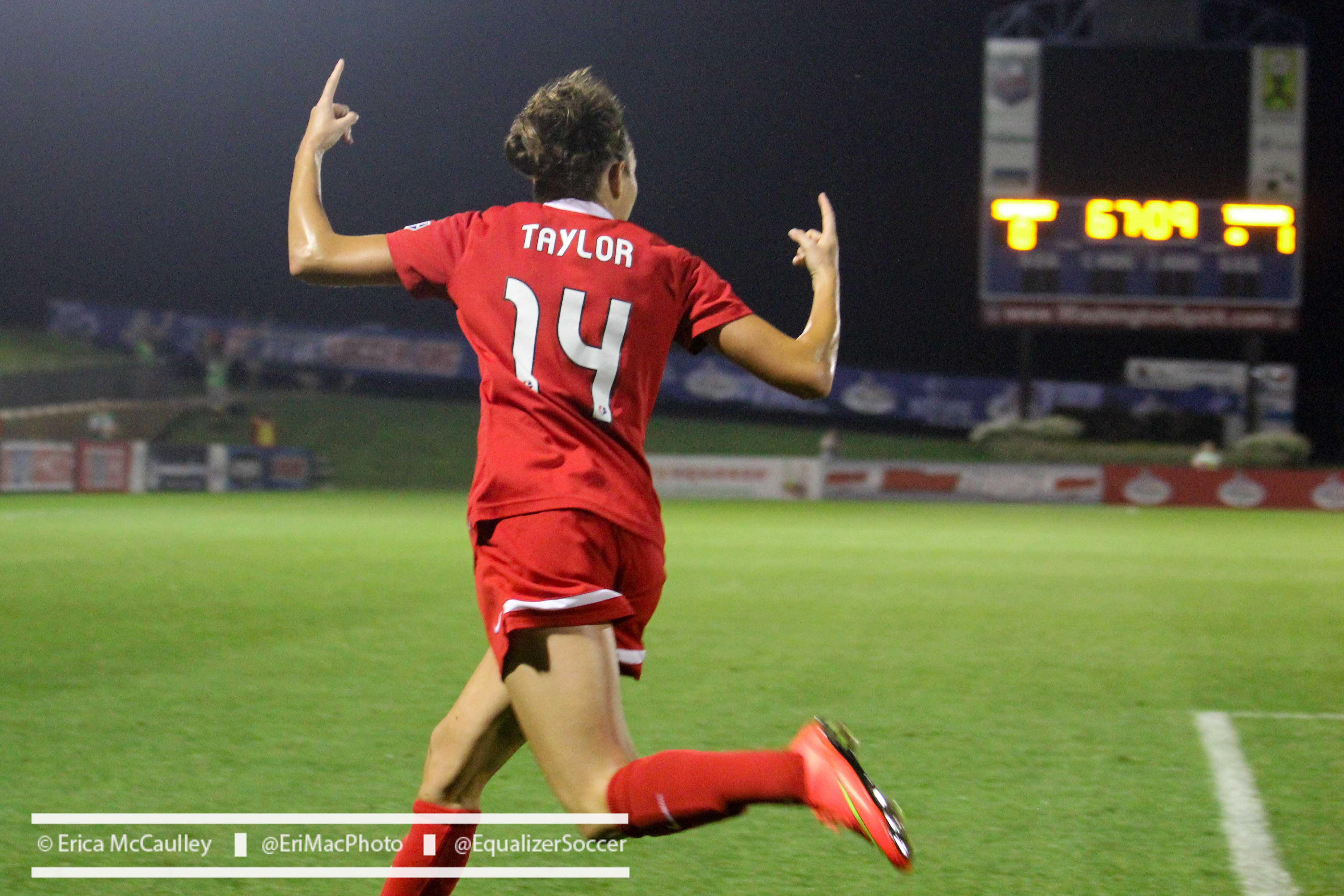 Arsenal Ladies have announced the huge signing of Portland Thorns forward Jodie Taylor just a day after they kicked off the FA Women’s Super League campaign.

Taylor, 29, who has previously represented the Washington Spirit in the NWSL, leaves the Thorns after just one season with the club, to return to England for the first time since 2012.

The Equalizer is of the understanding that Arsenal Ladies has been in discussion with Taylor for most of the English off-season, and up until recently, it looked as though any deal would not be happening and Taylor would be staying in the Pacific North West.

However, that would appear to have changed, with the England international returning home after a four year absence that has seen her represent clubs in the USA, Sweden and Australia.

Speaking about the move on Arsenal’s official website, Head Coach Pedro Martinez Losa said: “Jodie is someone that I know well from my time in the United States. She is an excellent player, who has been at the top level for many years.

“Her movement off the ball, her ability to work for the team and her ability to score goals will make her a great addition to our team. She is a fantastic character too. I am very pleased to welcome her to the club.”

Canadian international Lauren Sesselmann was released by the Houston Dash yesterday, as reported by Hal Kaiser at Keeper Notes.

The Equalizer has learned that Sesselmann is now headed to camp with FC Kansas City as a non-roster invitee, who she played with in 2013 before being traded to Houston ahead of the 2014 season.

Sesselmann was not under contract by Houston after her allocation status for the 2016 season was not renewed by Canada Soccer, but was on Houston’s initial pre-season roster and was competing for a contract.

The 32-year-old defender tore her ACL at the Cyprus Cup in March of 2014, and did not suit up for the Dash at all in 2014. Sesselmann recovered in time to play much of last summer’s World Cup for the Canadian women’s national team, but struggled. She played just 45 minutes total for the Dash in 2015, on April 18 against Sky Blue FC.

A report in Swedish newspaper Sydsvenskan today suggested that Erin McLeod’s non-contact knee injury sustained in FC Rosengard’s UWCL quarterfinal match yesterday is serious, though official word from the club or Canada Soccer on the type and severity of the injury is yet to come.

McLeod was forced to leave the match after just 13 minutes, when she went down after kicking the ball near her own 18-yard box. She tweeted a message of thanks today, but did not elaborate on the injury.

McLeod has a history of knee injuries, most notably two ACL tears and subsequent surgeries in 2008 and 2010. She sustained a bone bruise on her right knee last December in the final of the Torneio Internacional de Natal in Brazil, but was able to recover in time to play in the CONCACAF Olympic qualifying tournament in February where Canada qualified for Rio.

The Canadian Press has reported that the Canadian Soccer Association is still awaiting word on McLeod’s status.

Sky Blue FC announced that centre-back Lindsi Cutshall will sit out the 2016 NWSL season after she was advised by doctors to do so due to an accumulation of multiple injuries over the past few seasons.

“On the advice of numerous specialists, I have decided to take an extended break from the game I love,” Cutshall said in a statement on Sky Blue FC’s website. “…I look forward to getting back out on the field to compete in the game I so love as soon as I can. Good luck to my teammates and Sky Blue FC!”

Cutshall was selected by Sky Blue fourth overall in the 2013 College draft, and appeared in seven matches in 2013 and 14 matches in 2014.

As for defensive depth, Sky Blue FC fans will certainly be interested to see if Christine Rampone is selected to the U.S. team for the Rio Olympics, or if she will be available for Sky Blue for the entire season if not selected. Rampone was left off the latest USWNT roster for two friendlies against Colombia in April.

Arsenal boss says trip to Seattle too good to pass on
U.S. still top of FIFA rankings; Canada back in top 10