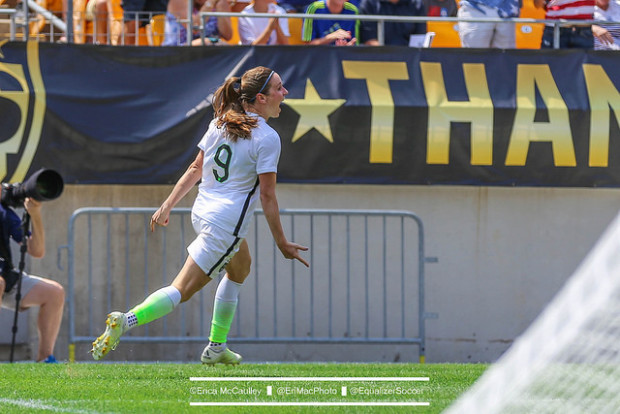 United States coach Jill Ellis has called in 23 players ahead of two friendly matches next month against Colombia. She will dress 18 for each match. New faces include Allie Long, who has not been in since Ellis took the job, and U-17 captain Ashley Sanchez who still has one more year of high school remaining.

“We don’t have that many international matches before the Olympics, so every game takes on increased importance as far as the performance of the players, the evolution of the relationships among the positions and the overall growth of the team,” Ellis said. “Most of the players will be coming in from NWSL pre-seasons so we expect everyone to be sharp and we are looking forward to the challenges that a team like Colombia will present as we continue our Olympic preparations.”

Heather O’Reilly, left off the Olympic qualifying roster only to return for the SheBelieves Cup, is part of the 23. Former captain Christie Rampone, who had minor knee surgery and has not been in this year, was left off. Rampone played for Sky Blue in a preseason match over the weekend. The only SheBelieves player to get dropped was Lauren Barnes, who did not see the field in the tournament and is uncapped by the senior team.

The team will train in Orlando for six days before heading to play matches in Hartford (April 6, FS1) and Chester, Pennsylvania (April 10, ESPN).