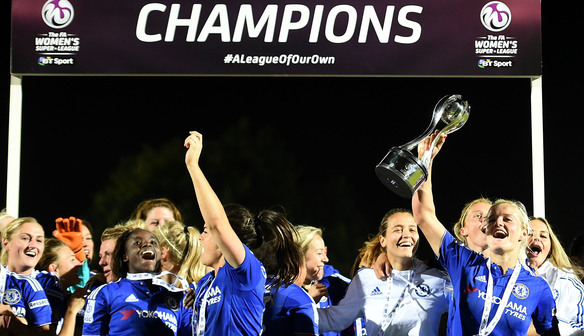 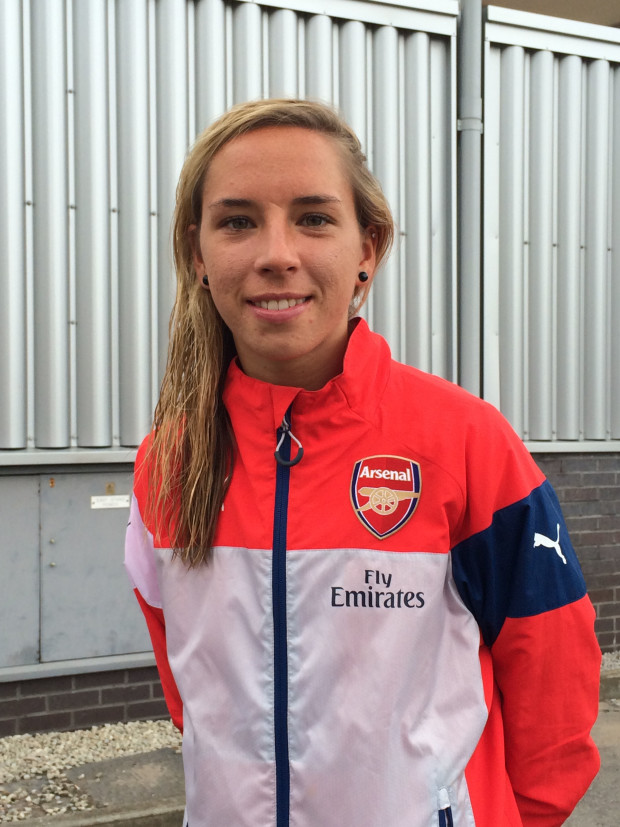 When the FA Women’s Super League (FAWSL) in England launched in 2011, the idea was to add more competition to the English domestic calendar, create a sustainable and high performing league, and develop a bigger and stronger pool of players eligible for the national team.

Now, as we get ready to welcome the sixth edition of the FAWSL, the league has gone from strength to strength. Clubs have gone full-time, while more and more players from around the globe are choosing England to showcase their talents and help raise the standards of the league.

This improvement has already seen the England national team and its players reap the rewards, achieving an outstanding third place finish at last year’s World Cup.

But the questions now on many people’s lips include: Can Chelsea Ladies follow in the footsteps of Arsenal Ladies (2011, 2012) and Liverpool Ladies (2013, 2014) in winning back-to-back titles? Can Manchester City Women take advantage of what Swedish forward Kosovare Asllani described as ‘world-class facilities,’ And after relinquishing their title last year with a second bottom finish, just how do Liverpool Ladies bounce back from such a disappointing 2015?

Speak to many involved in the game over here and they will agree that this is arguably the most difficult Women’s Super League season to predict. Every team has strengthened, while as mentioned above, the amount of time with the ball at their feet has increased considerably as teams look to be more professional and provide better facilities to their teams.

The Equalizer takes a look at the nine teams, how they might fare and who the players are to look out for, starting with the first four teams.

Arsenal Ladies will go into this season full of confidence off the back of a top three finish last season and a Continental League Cup triumph – their fourth in five years.

But with only the top two clubs qualifying for the UEFA Women’s Champions League, the Gunners will be looking to end a two year absence in the competition, with their last taste of European football coming in 2014 when they were knocked out by Birmingham City Ladies.

Defensively Casey Stoney will once again play a leading role, but the talented Jemma Rose, who joined the club last year from Bristol City Women, is very much on the cusp of the England roster. The off-season addition of German international Josephine Henning, who has been unlucky with injuries over the last two years, is a shrewd signing for the club – if she can stay fit.

The deadline day signing of Nigeria forward Asisat Oshoala will excite fans of the London club, and while we can’t even begin to mention every player that ticks the talent box at Arsenal, keep an eye out for 18-year-old forward, Chloe Kelly. She broke into the first team last season, scoring after 22 minutes of her debut, and has captained her country at U-17 level.

Birmingham City Ladies are the team in the league who really like to defy the odds. What the squad lacks in ‘star’ names, it makes up for in team mentality.

Virtually every season the Blues are tipped to struggle, and while last year they were only able to finish third from bottom, the year before they were a penalty kick away from winning the league title on the final day of the 2014 season.

Carney’s creativity, heart and never-say-die attitude will be sorely missed at the club, but coach David Parker still has a crop of players he has huge faith in to propel his side up the league.

England international Jade Moore will play a key role in protecting the back four, while fellow Lioness Jo Potter will be the architect in midfield, spraying the ball around and taking advantage of any set pieces in the final third of the field.

But it’s in defense and attack where Birmingham could prosper, with England youth international defender Aoife Mannion certain to play a key role alongside the likes of Kerys Harrop.

At forward, former Arsenal striker Kirsty Linnett could be key with her pace and direct style of play. She, alongside Melissa Lawley and Freda Ayisi, will need to find their shooting boots as the Blues struggled for goals last season.

Chelsea were the stand out side of 2015 after winning both the league title and Women’s FA Cup at Wembley Stadium.

Coach Enma Hayes has installed a belief and togetherness in her team that would see them run through brick walls for her, and they certainly did that last year in winning the club’s first ever bit of silverware.

The team has class all over the field, from Swedish international goalkeeper Hedvig Lindahl between the pipes, right up to a forward line that contains internationals Eni Aluko, Gemma Davison and the exciting Fran Kirby.

But it is South Korean international Jo So-Yun that makes the team tick in midfield. At times you will see her join the attack, while in periods of a game where the opposition is proving hard to break down, she will collect the ball much deeper from her defense, and try and construct a move from the midfield.

Captain Katie Chapman was a colossus in front of the back four last year and she will play a key role once again, but while she and the forward players received much praise last year, the defense cannot be overlooked.

Claire Rafferty put a nightmare couple of years behind her with injury to play a key role alongside center-back pairing Gilly Flaherty and Niamh Fahey. The fourth defender to make up that solid back four was England U-23 international, Hannah Blundell. Blundell received her first call up to the England senior side in October last year, and she is sure to be in contention for Euro 2017 and France 2019 – one to watch.

Doncaster Rovers Belles are a club rich in history in England and will be delighted to be back where they feel they belong following a demotion to FAWSL 2 in 2014 that they will feel was unjustified.

After a two year absence from the top division, ‘Donny’ are back and will reap the rewards of going full time and having access to new and improved facilities.

The club’s promotion last year was built on the predatory instinct of forward Courtney Sweetman-Kirk, who bagged 20 goals for the Belles, finishing top scorer in the division. She will once again be looking to excel, admitting in a recent interview that she has her eye on Mark Sampson’s England squad.

She’ll have plenty of help this season, with the Yorkshire club signing Natasha Dowie from Liverpool Ladies, and youngster Jess Sigsworth from Notts County Ladies.

Veteran Sue Smith, who amassed over 90 caps for England, still has an important role to play with her wand of a left foot, while 22-year-old Kasia Lipka is one to keep an eye on.

She has represented England at youth level and is not afraid of a tackle. While Doncaster have many talented players within their squad, Lipka is the water carrier whose work can sometimes go unnoticed.

As promoted Sunderland proved last season, a quick start will be key for the Belles. With it being such a short season (16 matches), playing catch up can be difficult if you leave yourself with too much of a gap to close.