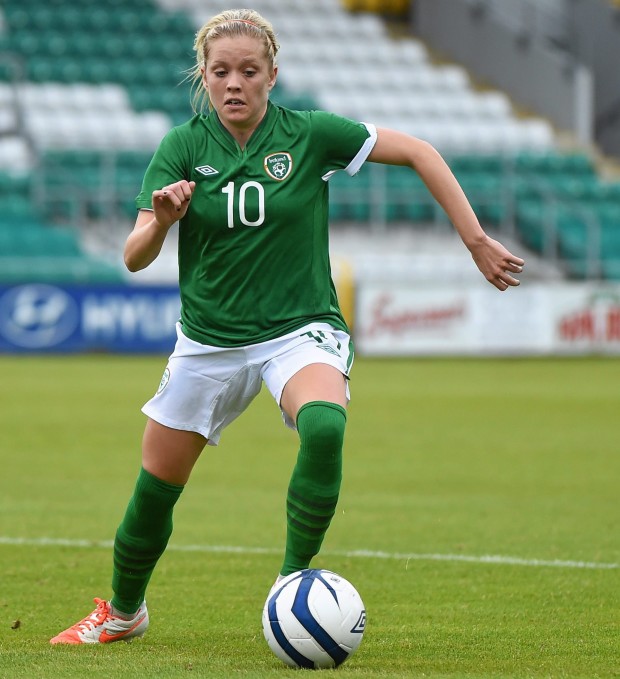 Denise O’Sullivan has signed with the Houston Dash as an international player. (photo: Football Association of Ireland)

The Houston Dash have signed Irish midfielder Denise O’Sullivan as an international player. The 22-year old is already a five-year veteran of the Irish national team. She comes to the Dash from Glasgow City of the Scottish Women’s Premier League.

“What we really liked about Denise was her quickness, she’s dynamic and she’s extremely skillful,” Dash head coach Randy Waldrum said in a statement. “We think she is going to be a great fit for our midfield. Especially when you look at our midfield with players like Morgan Brian who is very technical or Andressa, Carli Lloyd and Amber Brooks. She fits the profile.”

O’Sullivan scored in more than half her starts at Glasgow, netting 33 goals from 65 first-team appearances.

O’Sullivan has been capped more than 40 times by Ireland. She has eight goals, including a brace in her debut as a 17-year old, a 2-0 victory over Wales in 2011.

“I received film on a different player and I actually liked Denise more than anyone else,” Waldrum said. “We felt that she would bring a different approach with her international experience. This will be crucial when we lose our national team players to training camps and the Olympic Games later this year. With Ireland not participating in the Olympic football tournament, we expect to have her the whole season.”

O’Sullivan will join the Dash upon receipt of her International Transfer Certificate and P1-Visa.