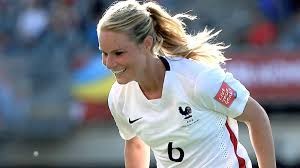 An ESPNW report, citing unnamed sources, says French midfield Amandine Henry has agreed to join Portland Thorns FC. The move would happen this summer when Henry’s contract with Lyon expires. The Thorns have hinted at a major international signing since late last year with overwhelming speculation that Henry was the player they were targeting. Sky Sports also reported news of Henry’s impending move to NWSL.

A Thorns spokesperson told The Equalizer the club had no comment on the matter.

Henry became a worldwide name with her exquisite play at last summer’s World Cup. France were knocked out in the quarterfinals but Henry was awarded the Silver Ball, essentially for being the second best player in the tournament. She was also runner-up to Celia Sasic for UEFA women’s player of the year in 2015. The 26-year old who prefers to play deep in the midfield has been at Lyon since 2007 during which time the French giants have won five French titles and two UEFA Champions League crowns.

If Henry arrives in the United States, it could be considered the biggest female international signing since Lauren Gregg enticed five members of China’s 1999 World Cup team to join WUSA ahead of its launch.

Presently, Henry is nursing a calf injury and was not named to France’s squad for the SheBelieves Cup. France will play the United States on Sunday in Nashville.