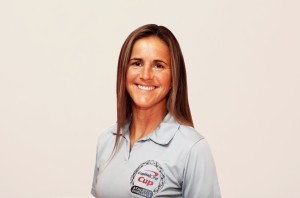 Brandi Chastain has agreed to donate her brain for CTE research.

Chastain, 47, did not have a history of concussions during her decorated career but in an interview published in the New York Times she said there were about a half dozen times she likely played through them.  Chastain’s former United States teammate Cindy Parlow Cone had previously agreed to donate her brain for research.  Cone’s career was cut short by a concussion.

CTE has been most closely associated with former football players but has also been diagnosed in some former male soccer players.  Presently the disease can only be diagnosed posthumously.

Chastain became a household name in 1999 when she scored the wining penalty in the World Cup final at the Rose Bowl and promptly removed her jersey creating one of sports’ most indelible images.  She was also part of the fist World Cup championship team in 1991.  In 2001 she was allocated to the Bay Area Cyber Rays of WUSA and during a slow start to the season, appeared as a guest on The Late Show and told David Letterman the Cyber Rays would play in the Founders Cup.  Later that summer they won the title on penalties, clinching it with Chastain waiting in the wings to take the following kick.  She also played professionally with FC Gold Pride in WPS and in Japan.