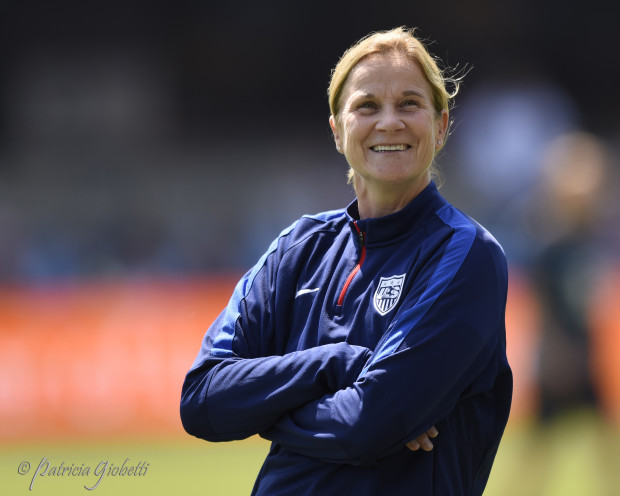 USWNT coach Jill Ellis will send her team out for two friendly matches against Colombia. (Photo Copyright Patricia Giobetti for The Equalizer)

The United States national team has added a second April friendly against Colombia. The world champions will host the upstart South American side Sunday, April 10 at Talen Energy (formerly PPL) Park outside Philadelphia. The teams were already scheduled to meet April 6 in Hartford. The April 10 match will kick off at 2 p.m. EDT and will be broadcast by ESPN. Tickets will go on sale Monday morning.

Colombia enjoyed a successful World Cup last summer that saw them advance to the Round of 16 where they lost a tight, 1-0 match to the United States. In the group stage they authored the shocker of the summer, a 2-0 victory over France. Their runner-up finish at the 2014 Women’s Copa America had them qualified for this summer’s Olympic Games.

These will be the fourth and fifth matches between the United States and Colombia and the first two outside the global state. Before last year’s World Cup, the U.S. downed Colombia at the group stage in the 2011 World Cup and 2012 Olympics. All three matches have ended in shutouts.

The next matches for the United States are at the SheBelieves Cup next month in Florida and Tennessee.