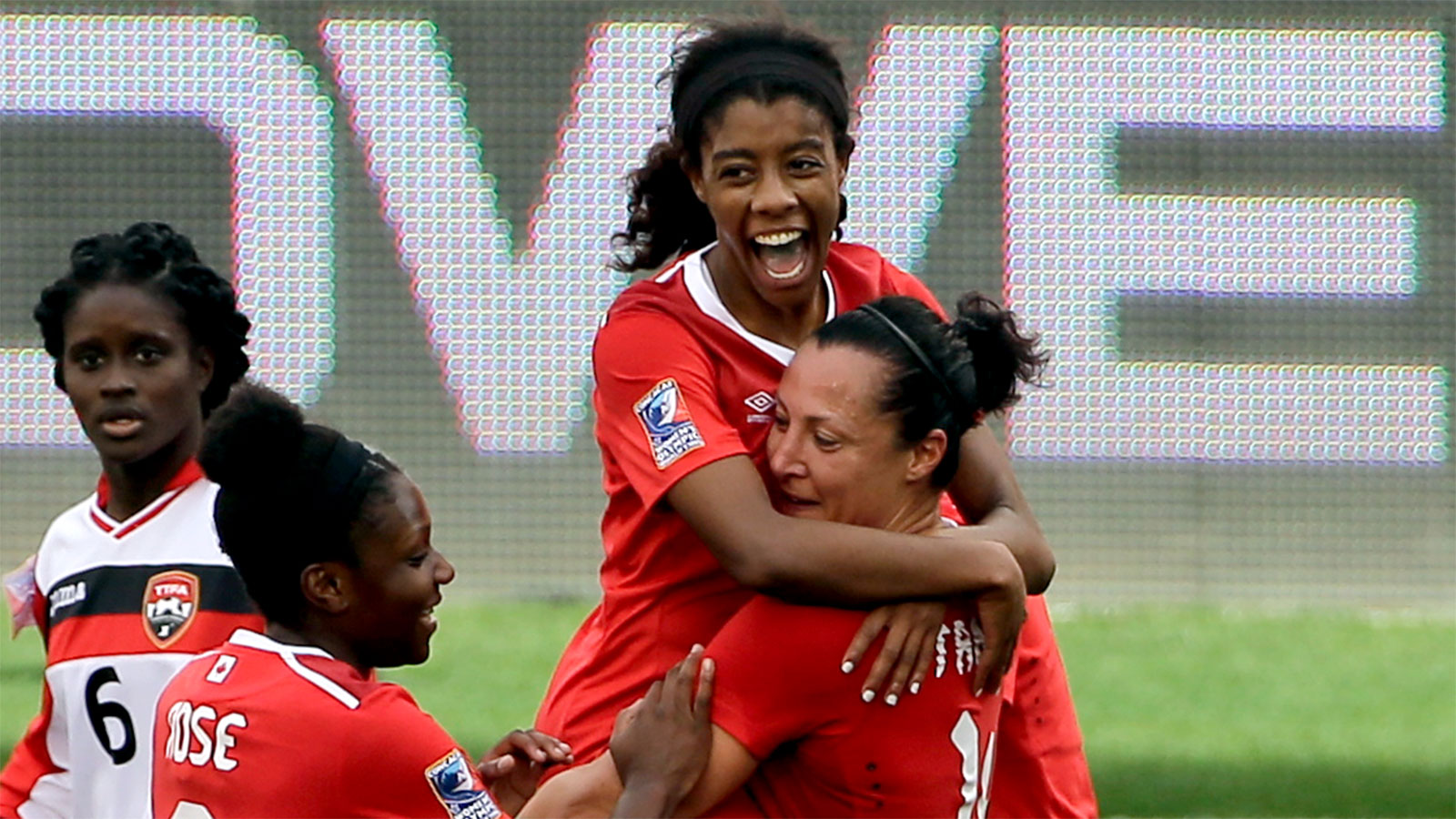 Sinclair did not start the match, but came on as a substitute in the 60th minute for Melissa Tancredi. Sinclair received a through ball from Janine Beckie and finished, cool as ever, near post for her 159th international goal three minutes later.

After the match, Sinclair spoke about the milestone: “It’s just nice to get it out of the way early in the tournament so I don’t have to be thinking about it in the semifinals or the finals. It’s something that I didn’t think would ever happen when I started with the national team as a 16-year-old.”

Canadian coach John Herdman selected quite an attack-minded starting eleven that looked a bit like a 2-4-4 on paper, but essentially played as a 4-4-2. Josee Belanger and Ashley Lawrence acted as fullbacks in defense, while playing very high up the field in attack.

Diana Matheson opened the scoring for Canada in the 24th minute off of a feed from Josee Belanger. Matheson took advantage of Trinidad and Tobago keeper Kimika Forbes’ poor positioning and finished near post.

Trinidad and Tobago’s best chance of the game came in the 40th minute, when Desiree Scott turned the ball over at the top of Canada’s 18-yard-box. Trinidad’s Mariah Shade went one-on-one with goalkeeper Erin McLeod, who made a terrific save to keep the ball out of Canada’s goal.

Canada extended their lead right at the end of the first half, as Melissa Tancredi, wide open at the back post, headed home a cross from Ashley Lawrence in the 44th minute. It was Tancredi’s first goal for Canada since the London Olympics in 2012.

With the win, Canada sits in first place in Group B and secured a spot in the semifinals on Friday. Canada will play Guatemala on Tuesday to close out Group B, while Trinidad will play Guyana.

Earlier this afternoon, Guyana beat Guatemala 2-1, their first ever win in a senior women’s CONCACAF competition.