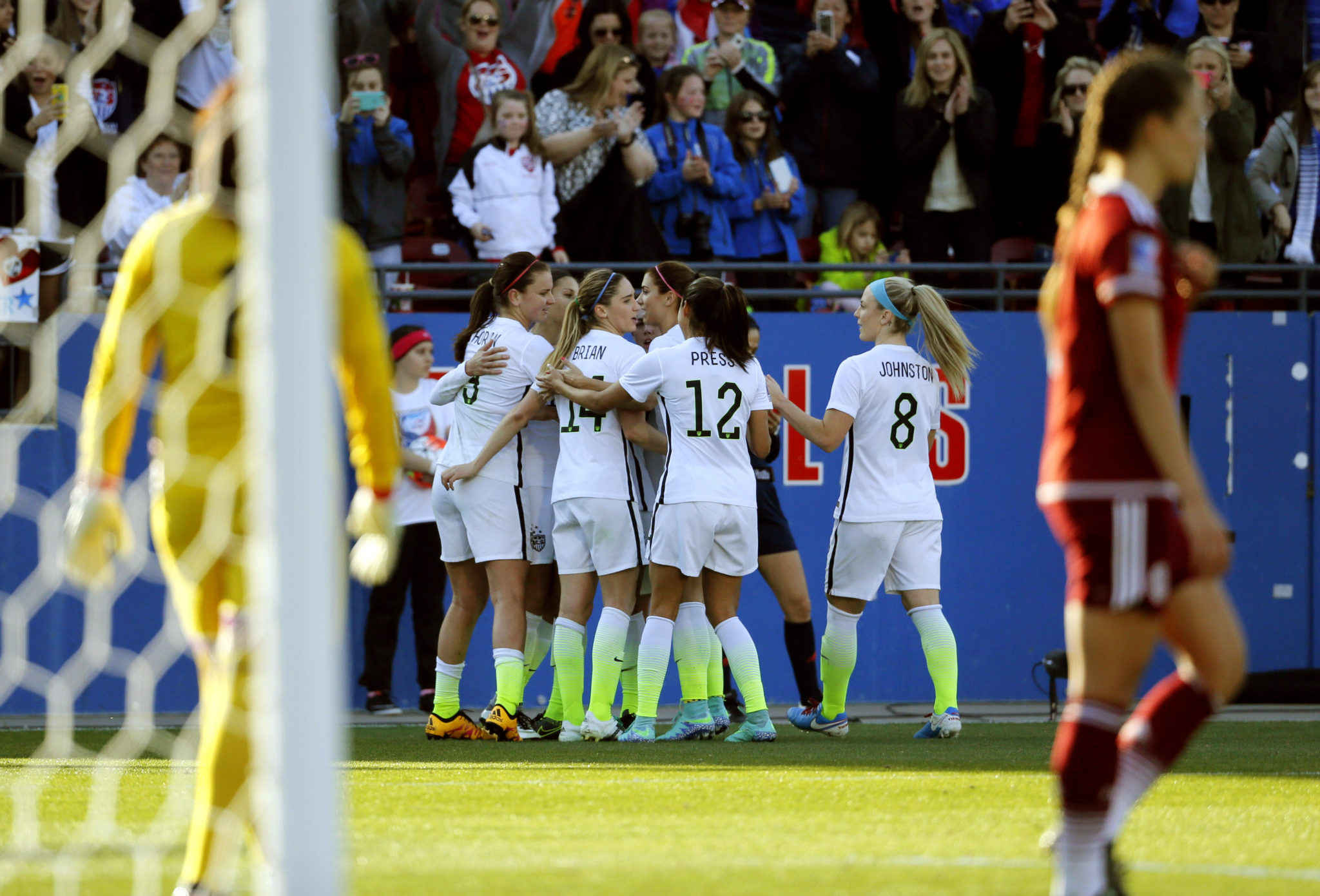 The U.S. women entered Saturday talking about wanting to score “as many goals as possible,” but in the end they were lucky to score one.

Carli Lloyd scored on a rebound of her own penalty kick which was saved in the 80th minute as the United States defeated Mexico, 1-0 on Saturday Frisco, Texas, to clinch a berth in the semifinals of the CONCACAF Women’s Olympic Qualifying tournament.

A gritty, disciplined and often physical Mexico side sat in and frustrated the United States for the entire match but was undone by a controversial penalty kick call by referee Melissa Borjas, who ruled that Mexico defender Karla Nieto handled the ball in the box. Replays show that the ball glanced Nieto’s hand, which was pulling away in an attempt to avoid the ball and appeared to make slight contact with it.

The U.S. had pressed the issue in the second half, but couldn’t find a breakthrough. Lindsey Horan and Christen Press each hit the post, while Alex Morgan put a close-range effort over the bar on a long throw-in from Becky Sauerbrunn and Tobin Heath flashed a left-footed shot just wide of net.

Lloyd had the best opportunity of the first half, sending a free kick just wide of the frame in the 45th minute.

Mexico’s best opportunity of the match came in the final minutes, when Monica Ocampo tried to beat U.S. goalkeeper Hope Solo from long range and forced Solo to push the ball over the bar.

The U.S. will play Puerto Rico on Monday in the final group game and the Americans will play on Friday in the decisive semifinal, likely as the top seed out of Group A.

Earlier Saturday, Costa Rica defeated Puerto Rico, 9-0. Mexico still holds a one-goal advantage on goal difference over Costa Rica, meaning a draw on Monday against Costa Rica is enough to send Mexico through to the semifinals.