USWNT can clinch semifinal with win over Mexico 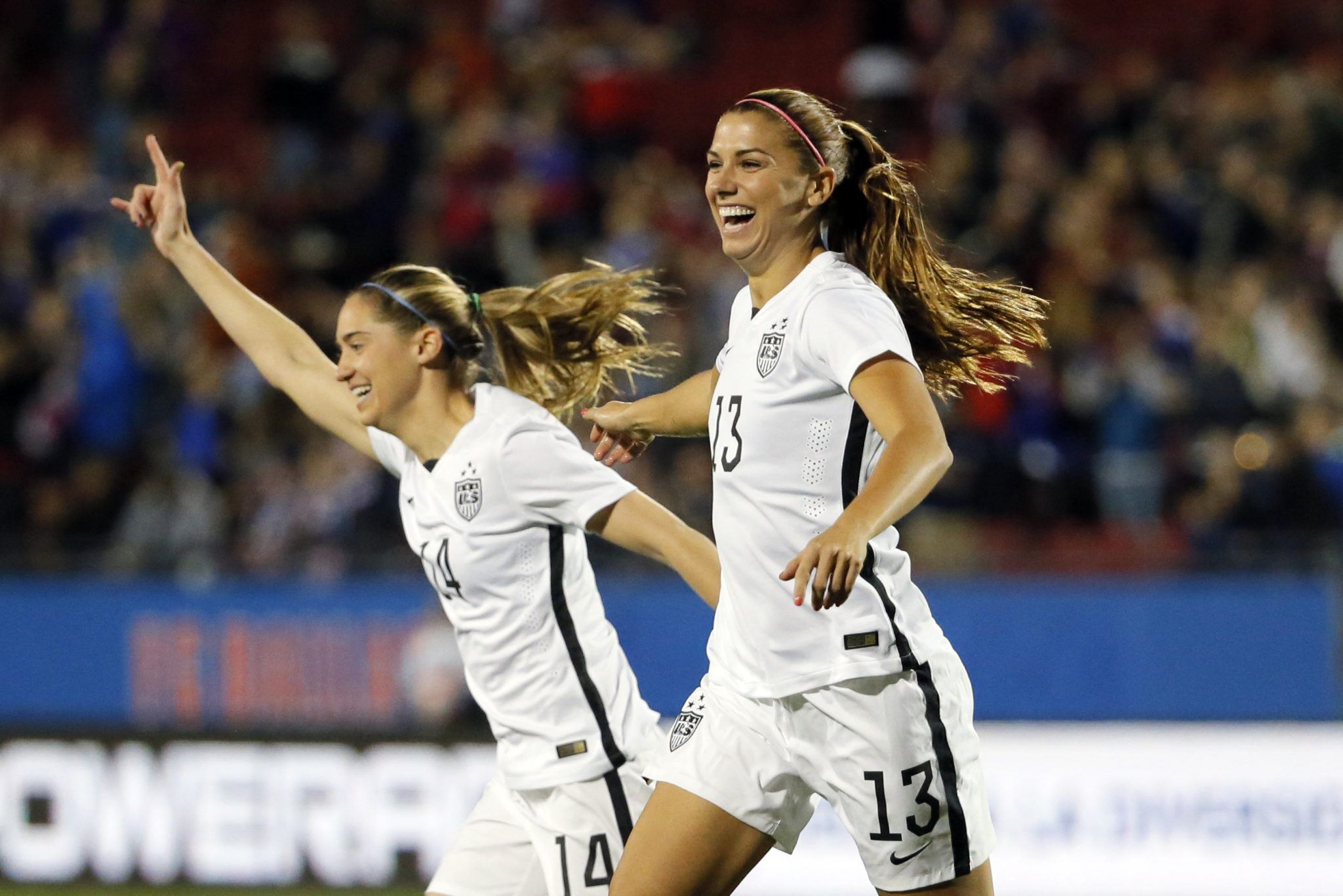 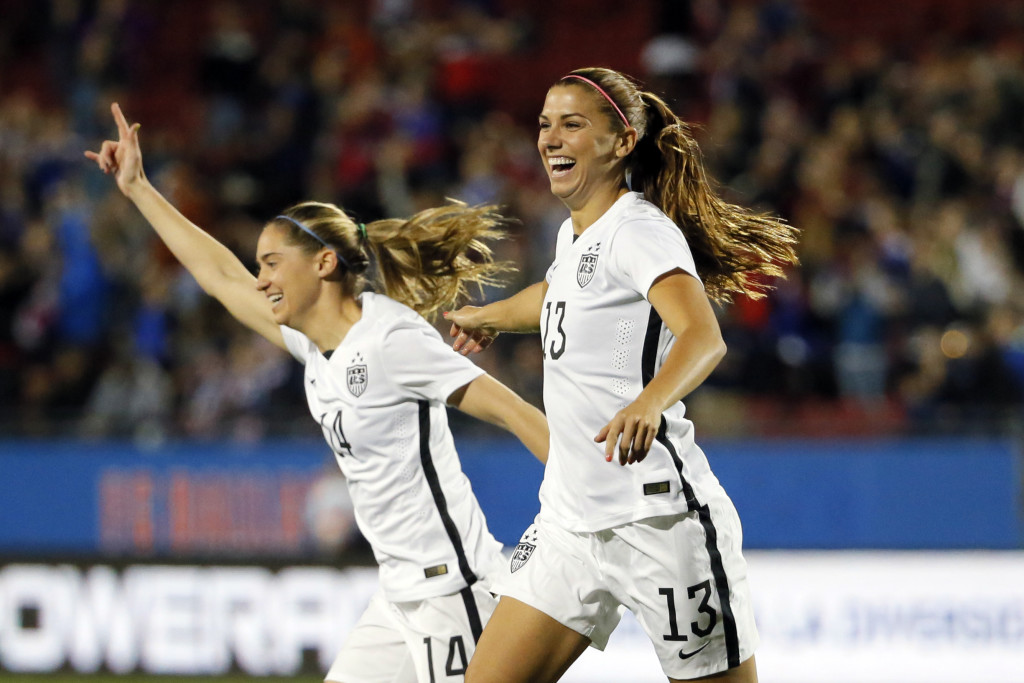 Alex Morgan scored 12 seconds into the match to lift the USWNT to a 5-0 win over Costa Rica in Olympic qualifying. The U.S. can clinch a ticket to the semifinals with a win over Mexico on Saturday. (AP Photo)

Any argument against that would be stopped short quicker than Alex Morgan can score off the opening kickoff — all of 12 seconds, as we learned on Wednesday.

And now the U.S. women, embroiled in yet another off-field distraction — their own federation taking them to court, of course, and now talk of the Zika virus — which, at least externally, doesn’t seem to be bothering them, take on old foes Mexico on Saturday with a chance to clinch a berth to the semifinals of the CONCACAF Olympic Qualifying tournament in Frisco, Texas.

Advancing to the semifinals is always a formality for the United States at these tournaments. And with Mexico and Costa Rica in the American’s group and Canada likely to run away with Group B, there seems little in the way of the U.S. steamrolling through the all-important semifinal to qualify for the Olympics.

Mexico has only a win and a draw to its name in 33 all-time meetings against the United States, although that one victory is considered the greatest upset in women’s soccer history. Mexico beat the U.S., 2-1 in 2011 World Cup qualifying, forcing the No. 1-ranked Americans to go into a two-leg playoff with Italy to win earn the final World Cup berth.

That was fresh on the minds of the U.S. women when they met Mexico in World Cup qualifying in 2014, and they are keenly aware that there are no do-overs in Olympic qualifying, no playoffs to make up for mistakes. The two semifinal winners are headed to Rio, and the rest of CONCACAF is sitting at home this summer.

Thus, the U.S. could put in another merciless performance against Mexico on Saturday just as the one seen against Costa Rica, who is arguably the better of the two foes at this point.

That could be especially bad for Mexico if Leo Cuellar rests some key players in preparation for a likely win-and-in-the-semifinals match against Costa Rica on Monday. Cuellar rested players against the U.S. in 2015 World Cup qualifying semifinals in order to win the third-place game against Trinidad and Tobago, and it worked — barely.

Mexico enters Saturday’s match on a recent high. El Tri defeated Puerto Rico, 6-0 on Wednesday behind a hat trick from 37-year-old program pioneer Maribel Dominguez, whose resurgence seems to have added some swagger back into this Mexico team. Sure, they beat Puerto Rico, but they actually looked like they had some belief in doing so, which hasn’t been the case for Mexico in several years.

The early match is sneakily perhaps even juicier. Garabet Avedissian leads Puerto Rico against Costa Rica for the first time. Avedissian led the renaissance of women’s soccer in Costa Rica, qualifying the senior team for the World Cup in late 2014 but leaving the program to take the Puerto Rico job before even coaching Costa Rica at the 2015 World Cup. Externally, the move still seemed bizarre, but Avedissian said this was essentially his dream job. On Saturday, he could just ruin his old team’s Olympic hopes (but that seems very unlikely).