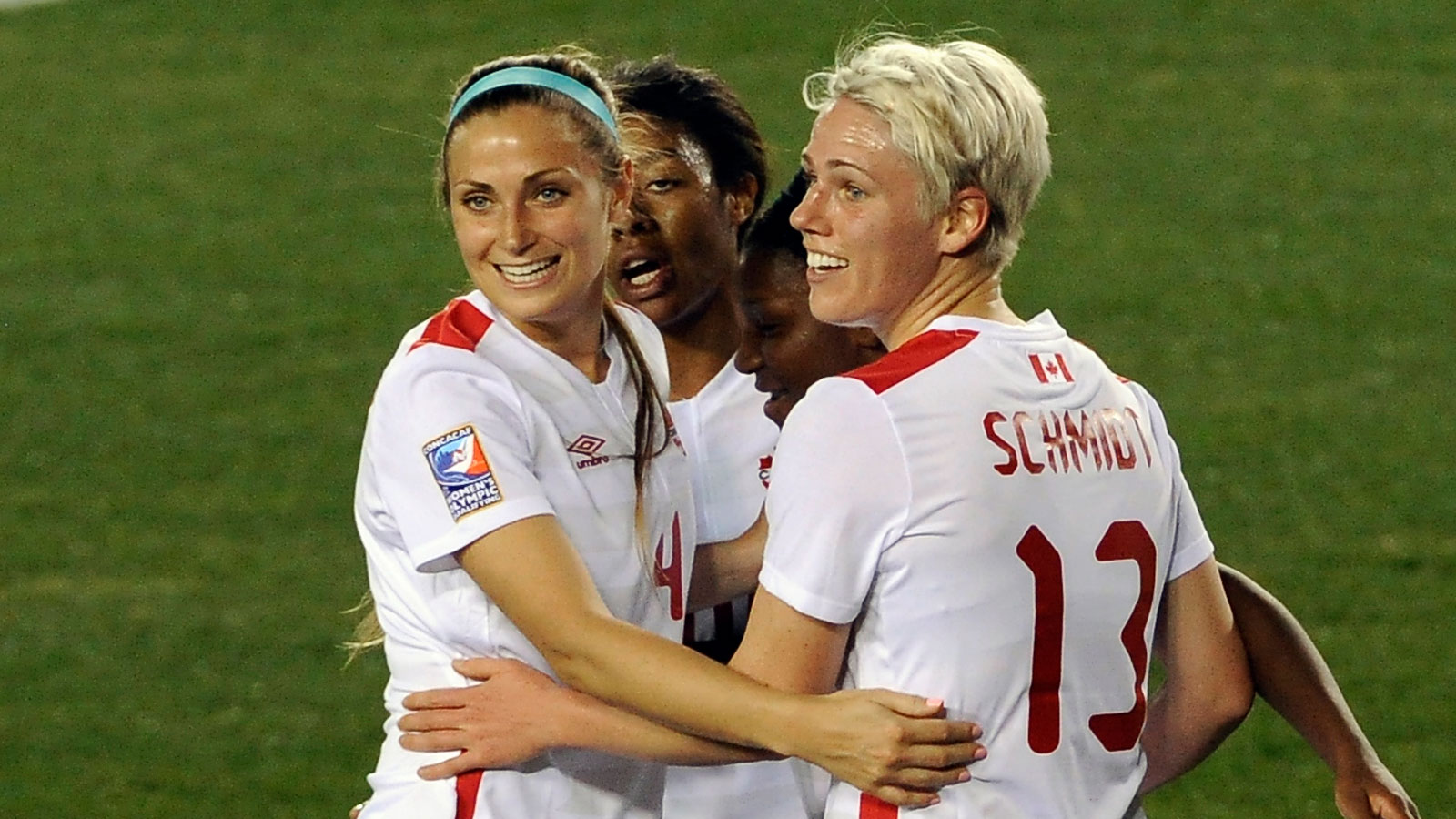 Canada got Olympic qualifying off to a stress-free start with a dominant, 5-0 victory against an overmatched Guyana side in the Group B opener for both on Thursday evening in Houston. All five Canada goals came courtesy of players who have yet to celebrate their 21st birthday. Sixteen-year-old Deanne Rose opened the scoring and added another in the first half while 20-year-old Ashley Lawrence had one in the opening half and made it a hat trick with two quick ones just after the break.

One player not in on the scoring fun was Christine Sinclair. The captain was robbed at point-blank range in the first half by Guyanese and former UCLA keeper Chante Sandiford. Sinclair remains tied with Mia Hamm for second on the all-time international goal scoring list. She eventually sat out the final few minutes as a precaution after injuring her calf even though Canada were out of substitutes.

The Canadians were always on the front foot against a Guyana side that went into an immediate bunker in a clear effort to minimize the damage rather than take any extreme chances trying to attack. The result was that John Herdman’s side had nearly all of the possession throughout the match. And because Guyana was never a threat to attack, outside backs Josee Belanger and Alysha Chapman were able to act as quasi-midfielders. Belanger in particular was a one-woman wrecking crew down the right flank, a tactic for which Guyana had no answer.

Canada are now on top of Group B, which they are expected to win without much trouble. Their most difficult test comes next when they play Trinidad and Tobago on Sunday afternoon. In Sunday’s opener, Guyana will face Guatemala. Earlier Thursday, Trinidad and Tobago rallied to defeat Guatemala, 2-1. The top two finishers in the group advance to the semifinals a week from Friday. The semifinal winners qualify for the Olympic Games this summer in Rio.