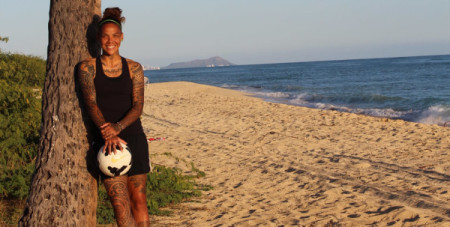 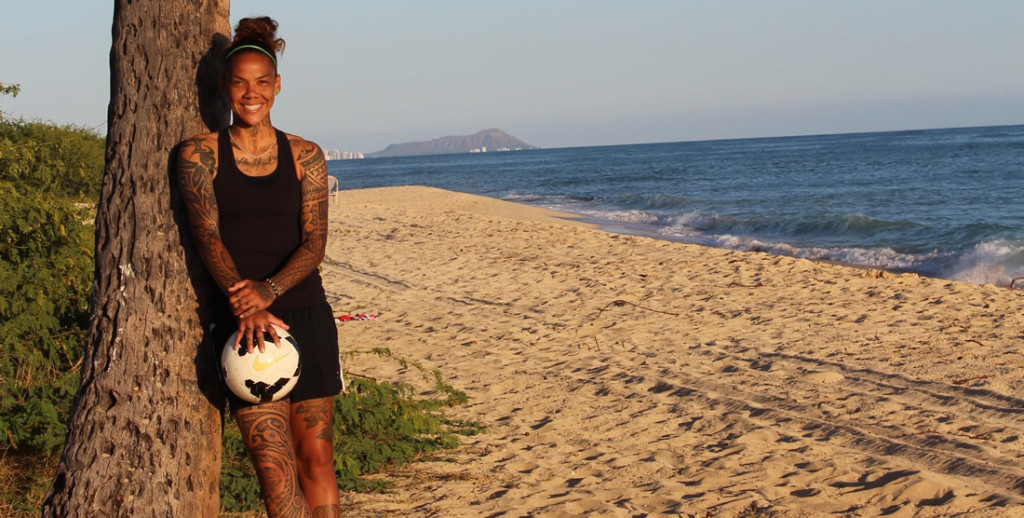 Sky Blue FC delivered a shocker on Thursday with the announcement that Tasha Kai is returning to professional soccer and to Sky Blue FC.  The 32-year-old former national team striker has not played organized soccer since 2011.  She most recently played rugby.

“I am very happy to be back in New Jersey and part of Sky Blue FC again, not to mention playing alongside Christie Rampone like old times,” Kai said in a club release. “I want to thank (Sky Blue head coach) Christy Holly, Christie Rampone and Sky Blue FC ownership for presenting me with an opportunity to be part of this great and respected franchise again.”

Kai was one of three original Sky Blue players when she was allocated to the team with Rampone and Heather O’Reilly before the launch of WPS. Kai’s energy and goal scoring prowess quickly made her a fan favorite in New Jersey and she helped Sky Blue win the inaugural WPS Chamiponship despite losing two coaches during the season. In two seasons, Kai scored 11 goals in 37 appearances for Sky Blue before leaving to sign with the Philadelphia Independence. The Hawaii native scored nine times for the Independence in 2011 including a hat trick against Sky Blue on July 6. She returned to the WPS Championship where the Independence lost on penalties to the Western New York Flash.

“We are beyond excited to bring in a player of Tasha’s quality and proven track record. She is going to give us so many options on the field,” Holly said.

In 2006, Kai became the first player born in Hawaii to play for the U.S. national team. She made 67 total appearances, netting 24 goals, but ironically never appeared for the U.S. again after WPS launched in April 2009. She has an Olympic gold medal from the 2008 Games. Her extra time goal proved to be the difference in a 2-1 victory over Canada in the quarterfinals.

Let the world know who is coming back to New Jersey! #WeAreNJ pic.twitter.com/vvGvPiScvN