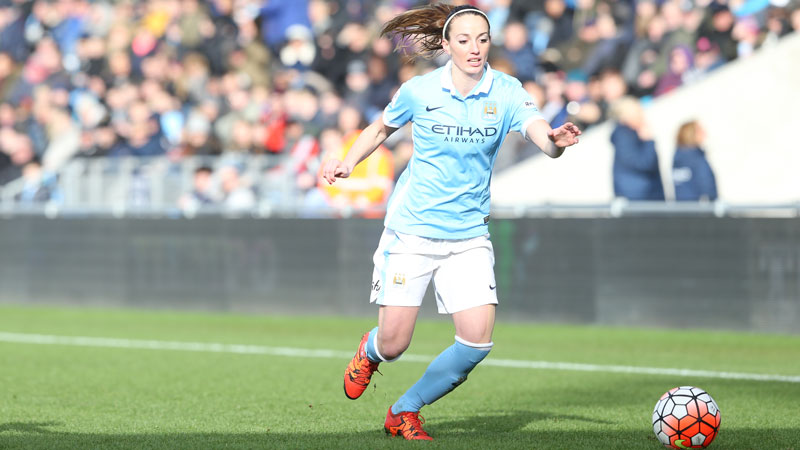 MANCHESTER, England — Swedish international Kosovare Asllani says a move to Manchester City is the right one for her because of the ‘world-class’ facilities that the club offers its players.

Asllani, who joined the club in January after leaving French side Paris St Germain, made her debut for City in a preseason friendly in Manchester against Swedish champions Rosengard on Sunday, in which the home side won 3-1 at their Academy Stadium.

The Swede played the first 45 minutes before being withdrawn at halftime, but it was a good run out against top opposition and this despite, in her words, ‘not being 100 per cent fit’.

“It was fun and I think we did really well,” she said.

“I like the way the team plays and I am 100 percent sure I am going to enjoy my football here.”

The Sweden international, currently not in Pia Sundhage’s setup after losing her place at PSG, made headlines in England when her move was announced by the FA Women’s Super League club.

Having played in Sweden, the U.S and France before moving to England, Asllani has represented top clubs in some of the world’s biggest leagues.

But it was when she visited the Manchester club’s facilities, that she knew she wanted to come to England and cure her curiosity about the FAWSL.

“I’ve only been here a week, but I’ve only had good impressions of the club,” she said.

“When I came and saw the facility, even though I’ve been at top clubs like PSG, I had never seen this kind of facility. It’s world class.

“Many talk about investing in their women’s teams, but they have actually done it here, so it is not only words.”

Sundhage was at the game to watch a number of Sweden internationals who featured in the match, but Asllani refused to be drawn on her current absence from the national team, choosing instead to focus on her club.

“I’m not thinking about that at all,” Asllani said. “For me it’s about getting into this team (City), and winning with this team.

“I want to play good football and he better as a player, so I’m just focusing on my club right now.”