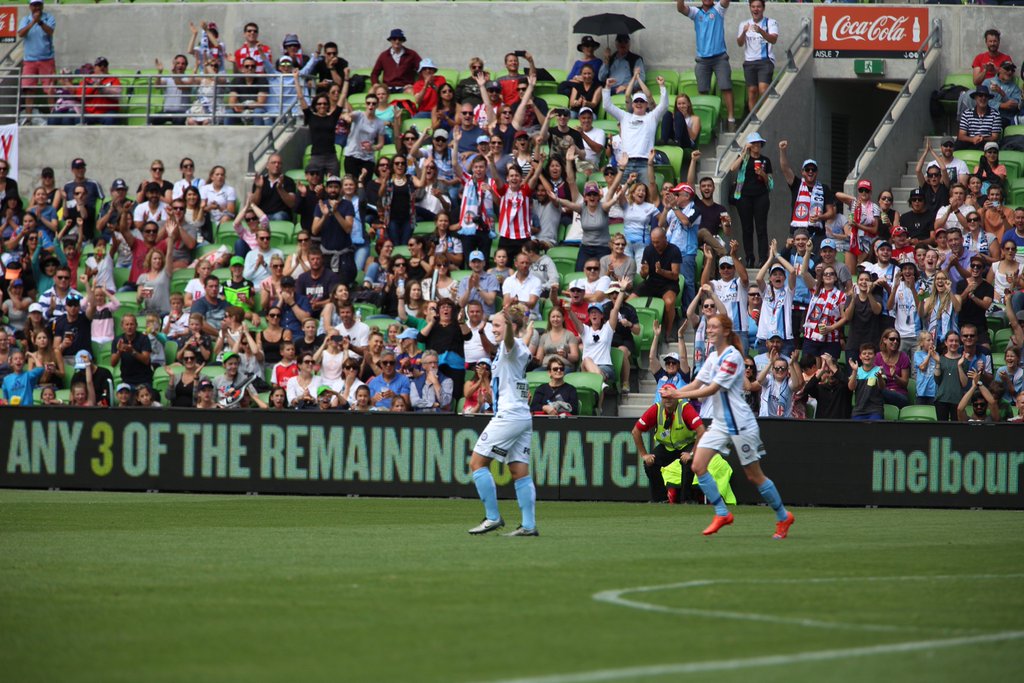 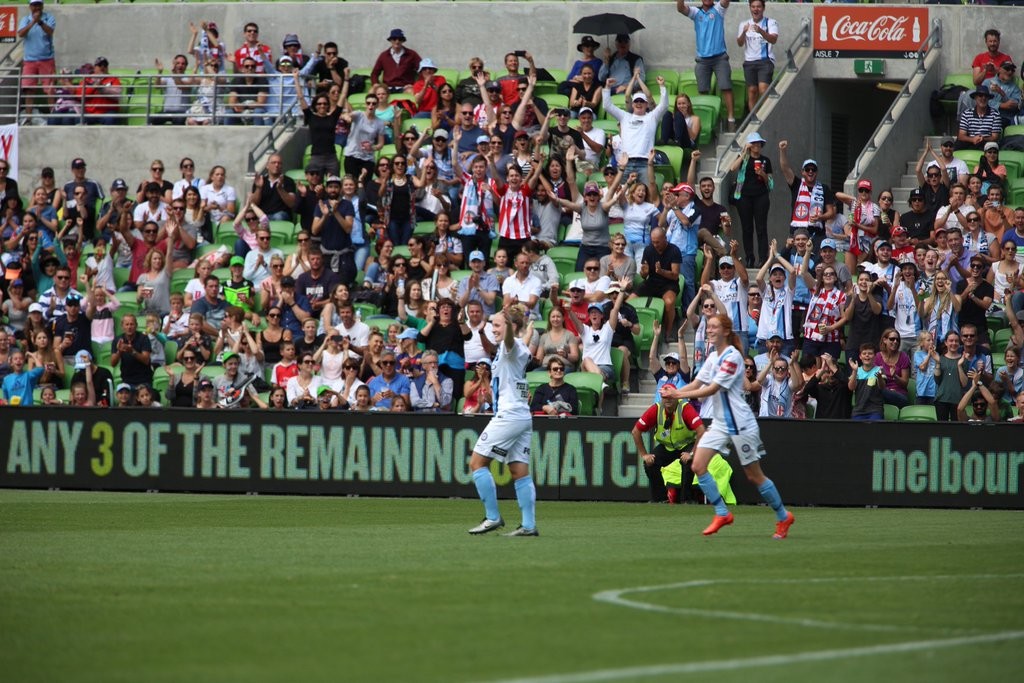 The win ensured that Melbourne City ran the table in their first year of existence, winning all 12 regular season games before advancing in penalty kicks in last week’s semifinal and winning the Grand Final on Sunday.

Jennifer Beattie put the home side ahead after 30 minutes when she scrambled to beat Portland Thorns goalkeeper Michelle Betos in the Sydney goal. It was Beattie’s second goal of the season and the Scottish international defender will now return to England, where she plays for Manchester City in the FAWSL (City Football Group owns both Machester City and Melbourne City).

Boston Breakers loanee Kyah Simon gave Sydney FC hope with a 69th minute penalty kick; Simon’s tally was her team-leading fifth of the season. But City added two more goals, one from Australian youth international Beattle Goad in the 79th minute (her fourth of the season) and an injury-time chip over Betos from Lisa DeVanna, her third goal of the season.

“I hope our club is a club that can reach those same aspirations that Melbourne City have achieved this year,” he said. “The women’s game has been screaming out for something like [this] for a very long time. What they have done is great for the game, and I will be making sure I do my best to make sure Sydney FC is up there as well [next season]. This [City] is what women’s football needed. This shows that if the resources are put in, this is what you get. If the other clubs don’t do that, they will continue to come second every year.”

They also set a standard for home attendance, with 4,491 at last week’s semifinal win over Brisbane and 4,206 at the Grand Final for a total of over 8,500 to watch women’s football in a week. Melbourne City seems set next season to break the all-time W-League attendance record for a stand-alone women’s game of 4,554 in Brisbane when the Roar won the W-League’s first Grand Final in 2008/09.