NBC to stream all of CONCACAF Olympic qualifying 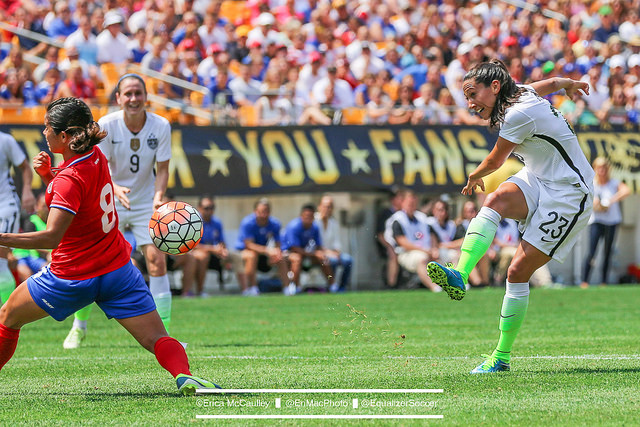 All 15 matches of the CONCACAF Women’s Olympic Qualifying tournament will be streamed live on NBC Sports Live Extra, in addition to up to four matches airing on NBCSN. The eight-team tournament takes place from Feb. 10-21 in Houston and Frisco, Texas, with the top two teams advancing to the 2016 Rio Olympics.

The all-important semifinal featuring the United States — assuming the heavily favored U.S. women, who are three-time defending Olympic gold medalists, make the semifinal — will be aired live on NBCSN on Feb. 19. The tournament’s two semifinal winners will advance to this summer’s Olympics on NBC.

[Editor’s note: This author is an employee of NBC Sports.]

CONCACAF approached NBC about broadcasting the tournament just over two weeks before it is set to kick off. Such a quick turnaround made for extremely limited TV windows, which are scheduled months in advance.

New Zealand qualified for the Olympics earlier this week, joining hosts Brazil and Colombia from South America, France and Germany from Europe, and South Africa and Zimbabwe from Africa. The final five spots at this summer’s Olympics will be filled by two CONCACAF teams, two teams from Asia and the winner of a four-team playoff in March between Norway, Sweden, Switzerland and the Netherlands to determine the final European bid.

***USA’s semifinal, should the USA advance, will air LIVE on NBCSN