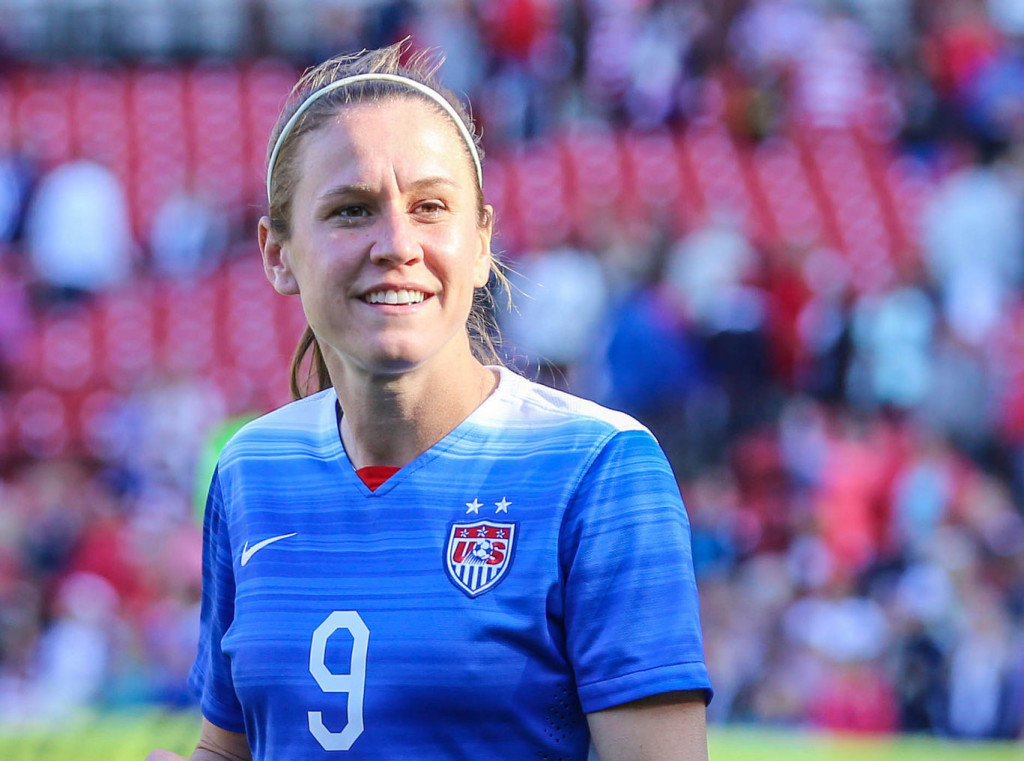 Heather O’Reilly was left off the USWNT’s Olympic qualifying roster. She has 228 caps and three Olympic gold medals. (Photo Copyright Erica McCaulley for The Equalizer)

O’Reilly, 31, has been a part of the past three Olympics with the U.S. women, winning a gold medal at each. Other notable veterans omitted from the roster include defenders Christie Rampone — who is still recovering from December knee surgery — Whitney Engen.

Forward Sydney Leroux announced on Monday that she is pregnant, ruling her out of contention for an Olympic roster spot.

Thirteen of the 20 players who made the roster for Olympic qualifying were part of the United States’ 2015 World Cup team.

Below is Ellis’ full roster for the CONCACAF tournament, which takes place in Texas from Feb. 10-21. The top two teams from the eight-team tournament will qualify for the Olympics. The U.S. women are three-time defending Olympic champions. Ellis will need to narrow her roster down — from these 20 players and others who didn’t make the list — to 18 players for the Olympics, should the U.S. qualify as expected.