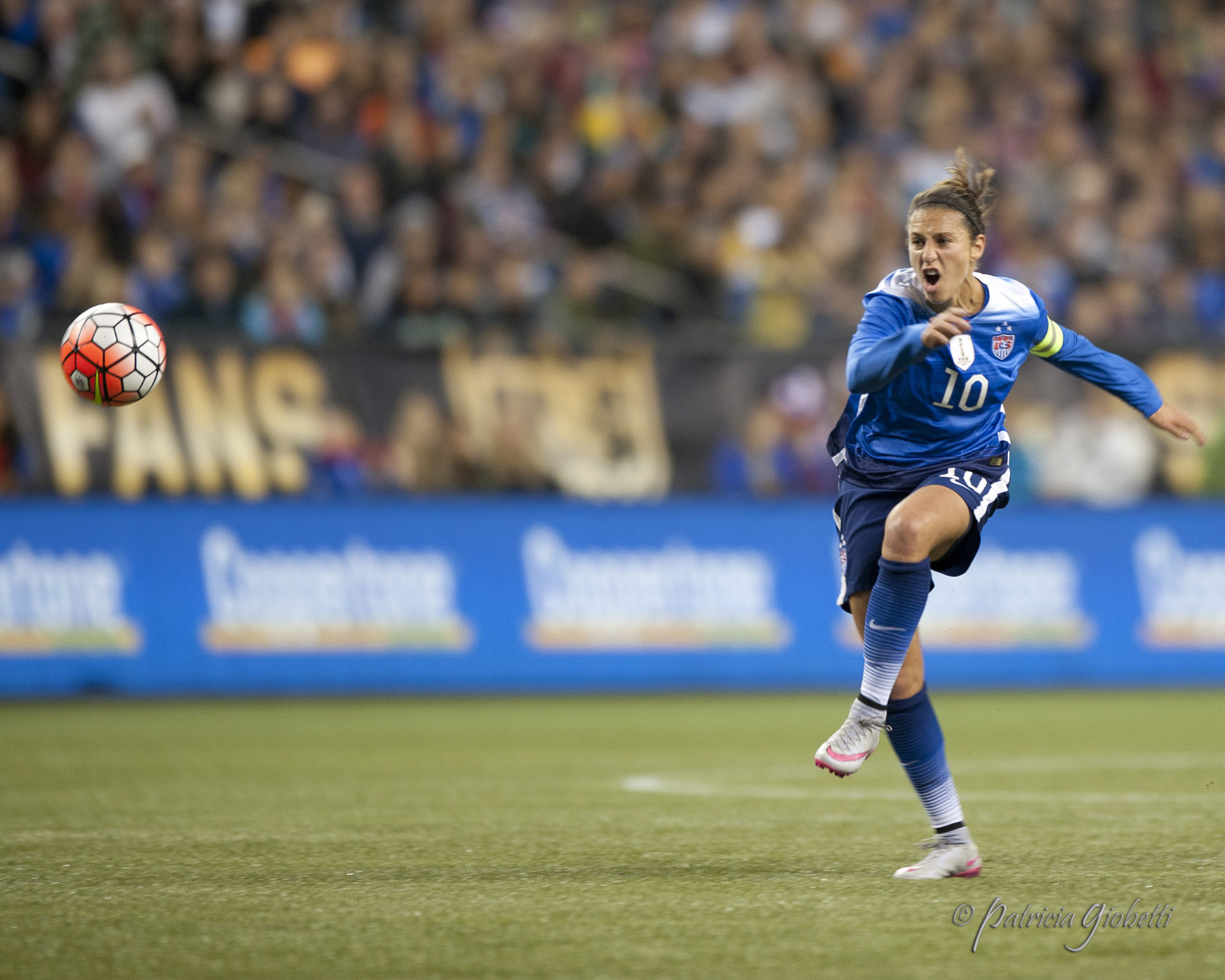 Carli Lloyd started the 2016 calendar year by carrying over her 2015 form: scoring goals.

Lloyd, who is the 2015 FIFA Women’s World Player of the Year, scored a hat trick in the opening 28 minutes of the United States women’s national team’s 5-0 victory over Ireland on Saturday in San Diego to kick off the U.S.’ 2016 competitions. Alex Morgan added her 57th career goal in her 100th career appearance for the U.S., and 17-year-old Mallory Pugh added a goal in her senior debut for the United States.

Lloyd opened the scoring in the 6th minute and added two more goals before the half-hour mark. It was Lloyd’s header which bounced off the post and into the path of Morgan for the tap-in finish in the 45th minute.

Pugh entered the match in the second half and scored in the 83rd minute, heading the ball into the net on a cross from Christen Press. At 17 years and nine months old, Pugh is the youngest player to debut for the U.S. in 11 years. She is the 19th player to score in her first appearance for the United States.

Pugh is headed to UCLA this fall, according to her father, after considering but ultimately turning down the opportunity to skip college and turn professional in the NWSL.

Lloyd now has 82 career goals, the most among any natural midfielder in U.S. history. She is the new U.S. women’s national team co-captain along with Becky Sauerbrunn, who sat out of Saturday’s match as a precaution.

Emily Sonnett and Whitney Engen started at center back for the United States with both Becky Sauerbrunn and Julie Johnston held out as precautionary measures and Christie Rampone recovering from knee surgery.

The U.S. next steps on the field against Costa Rica on Feb. 10 in Frisco, Texas, to begin CONCACAF 2016 Olympic qualifying.