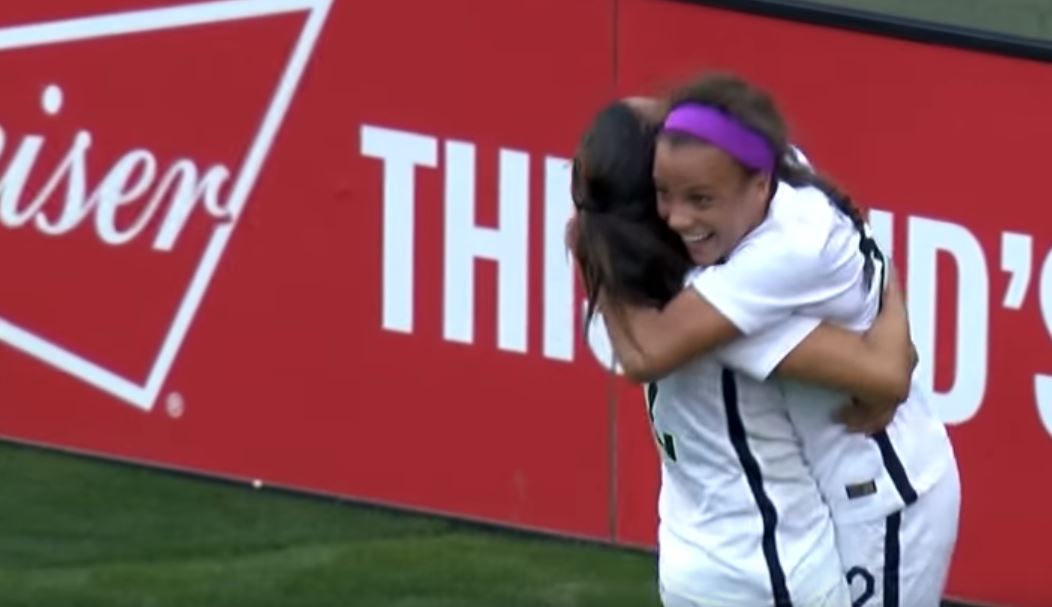 Mallory Pugh scored on Saturday in her debut for the senior U.S. women’s national team, who beat Ireland, 5-0 in San Diego.

Pugh entered the match in the 58th minute and scored in the 83rd minute, becoming the 19th U.S. player to score in her debut. She is the first 17-year-old to be capped for the United States in nine years, joining an exclusive club.

Her goal was a brave header on a cross from Christen Press (video above).

Last week, Pugh was rumored to be making an unprecedented move of skipping college to play in the National Women’s Soccer League. Portland Thorns FC traded up to the top spot in the new NWSL allocation ranking system under the impression that Pugh would be entering the league as an allocated U.S. Soccer player.

But earlier this week, Pugh’s father said that his 17-year-old daughter would, in fact, be attending UCLA in the fall as originally planned after considering the NWSL. As of now, Pugh looks headed to UCLA.

Somewhat symbolically, Pugh entered Saturday’s match for Alex Morgan, who also scored in the match, which was her 100th for the U.S. Carli Lloyd scored a hat trick.

Keeper Notes has the list of the other players who have earned their first cap for the U.S. women’s national team before their 18th birthday.

As is #USWNT tradition, @malpugh got a signed ball for her first cap & one for her first goal. What a day! ⚽️ pic.twitter.com/7NJOLtFTuI