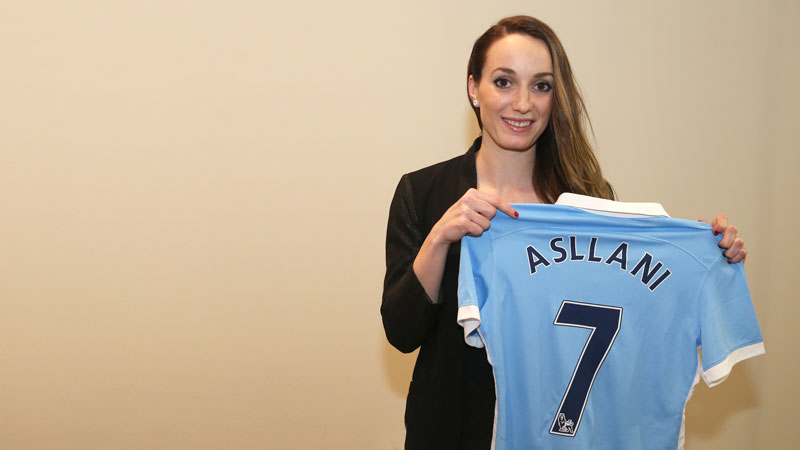 Kosovare Asllani is the latest star to sign with Manchester City, the club announced on Friday.

The 26-year-old Swedish international midfielder joins the FAWSL side after three and a half seasons with PSG, including an appearance in the UEFA Champions League final last spring.

“The main thing that made me want to come here is the way the club declared their ambitions,” Asllani said. “PSG are a huge club and I learned a lot there – they’re trying to do similar in taking the women’s side to the next level – but here, it feels like the future.”

[MORE: From PSG to Portland — Horan’s unique path to the USWNT]

Asllani, who was recently released from her contract at PSG to pursue new opportunities, scored 45 times while with PSG. She has been capped 80 times by Sweden. She played a limited role in three matches at the 2015 World Cup.

Manchester City’s contract with Asllani runs through the end of the 2017 FAWSL season. Both player and club have large ambitions.

“The Champions League is something every team strives to win,” she said. “It’s going to be tough but it will be interesting to see how the team do. They came second [in the league] last year and were close to winning it, so I think this team can surprise in the Champions League.”

I'm happy to announce that it's finally official that I have signed for Manchester City. I'm excited to start working w the team, a team with a lot of potential and the ambition to win titles! #mcfc

Chantel Jones retires from professional soccer
Sauerbrunn, Johnston, Brian out for US on Saturday