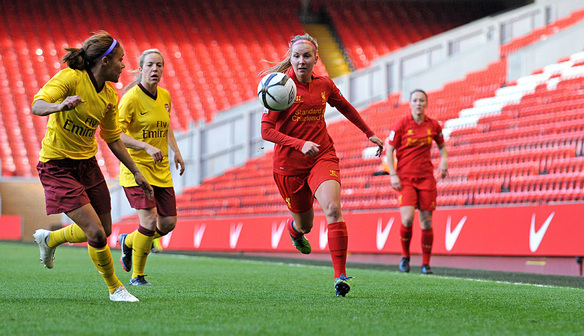 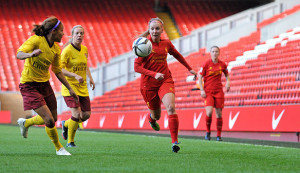 “Louise is one of the best players I have ever worked with,” Beard said. “She has a great soccer brain, she’s a dead ball specialist, and she can score and create goals. I’m delighted we have managed to bring someone of Louise’s quality to Boston. The way she is as a player I’m confident she will be a hit in The NWSL.”

Schillgard moved on to play for Älta in Sweden’s Elitettan (second division) in 2014, while Beard guided Liverpool to another FAWSL title that year. She did not play in 2015.

Beard has also reunited with former Liverpool players Whitney Engen and Libby Stout in Boston. Engen anchored the back line in 2013 and Stout was goalkeeper for Liverpool’s second title in 2014.

The 26-year-old Schillgard has been capped 24 times for Sweden, competing in 2011 World Cup qualifying and at the 2009 EURO tournament. She has not recently featured for the national team.

Schillgard has also played for the Western Sydney Wanderers in Australia’s W-League, RCD Espanyol in Spain’s Primera Division, and Hammarby, Linköping and AIK in Sweden’s top-flight, the Damallsvenskan. In three years with Linköping, Schillgard started 48 of the 50 matches she appeared in, scoring 10 goals. She competed with Linköping in the 2010-11 UEFA Women’s Champions League and tallied three goals in six matches, helping the Swedish club reach the quarterfinals.

She made her Damallsvenskan debut for Hammarby at age 14.

Some highlights of Schillgard’s time at Liverpool: