Sam Mewis, McCaffrey try to be like Carli Lloyd 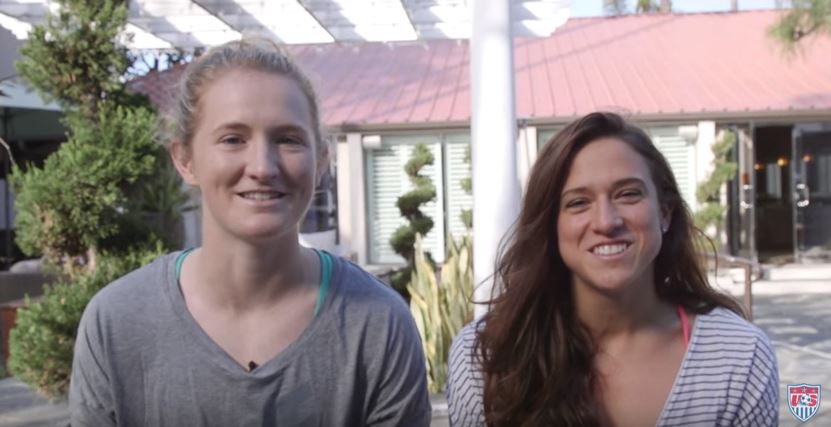 Sam Mewis and Stephanie McCaffrey are both relative newcomers to the United States national team. Both are trying to become regulars on the international scene.

McCaffrey, 22, scored in her U.S. senior team debut on Oct. 25, scoring in the final minutes against Brazil. Mewis, the younger of two sisters in the NWSL, debuted two years ago but recently started earning consistent call-ups. Mewis is now an allocated player, meaning her salary to play for the Western New York Flash in the NWSL is paid by U.S. Soccer.

Their goals: the Olympic team in the short-term, and regular playing time in the longer-term. So why not impersonate 2015 FIFA World Player of the Year Carli Lloyd?

“We’re just two kids from Boston trying to make it on this U.S. women’s national team, and we figured there was no better way to do that than to do what Carli does,” Mewis says.

Lloyd delivers the punchline in the tub: “You guys are weird.”

Sonnett ready for pressure as top pick in Portland
WATCH: Megan Rapinoe jams out on on drums