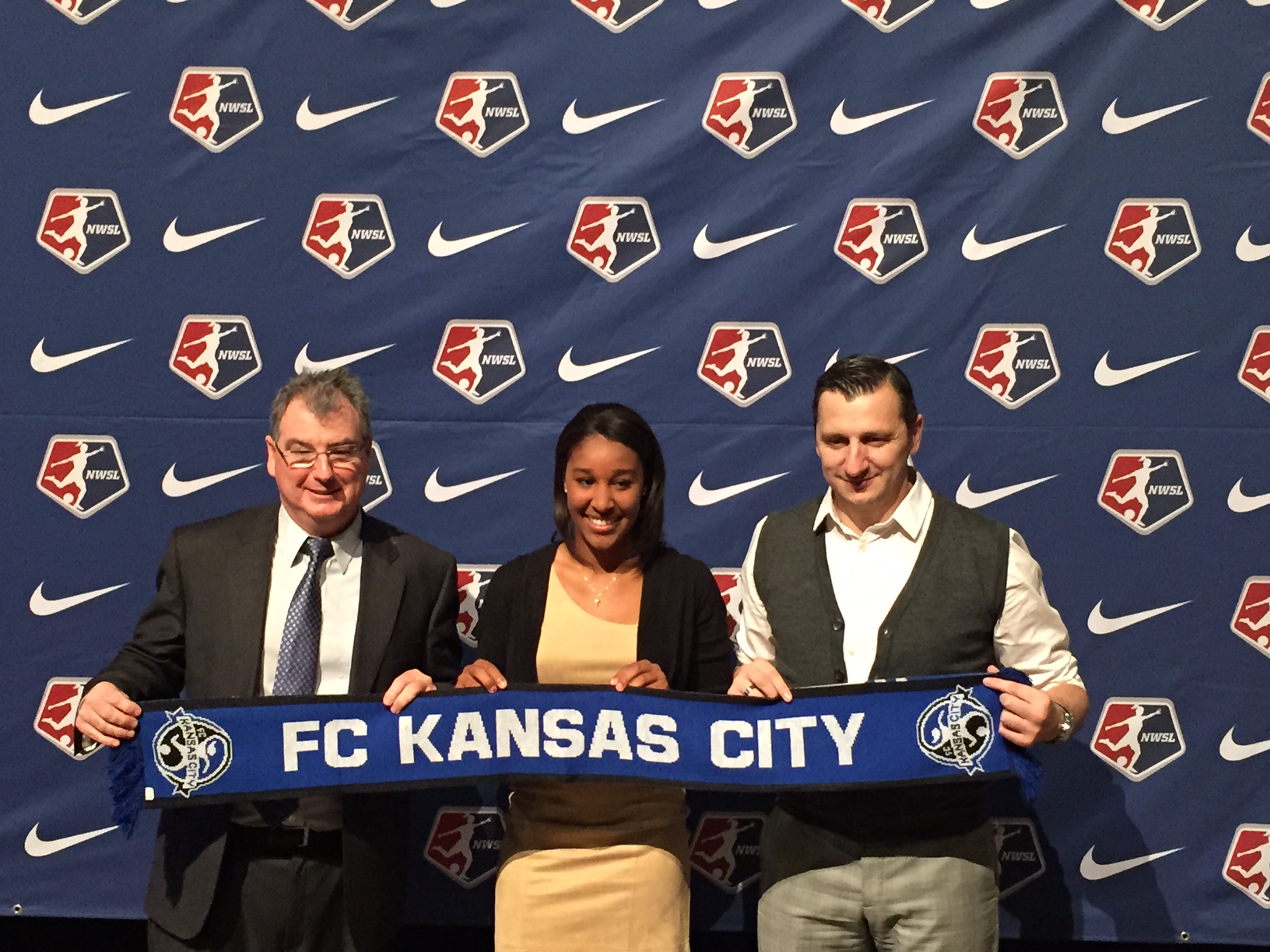 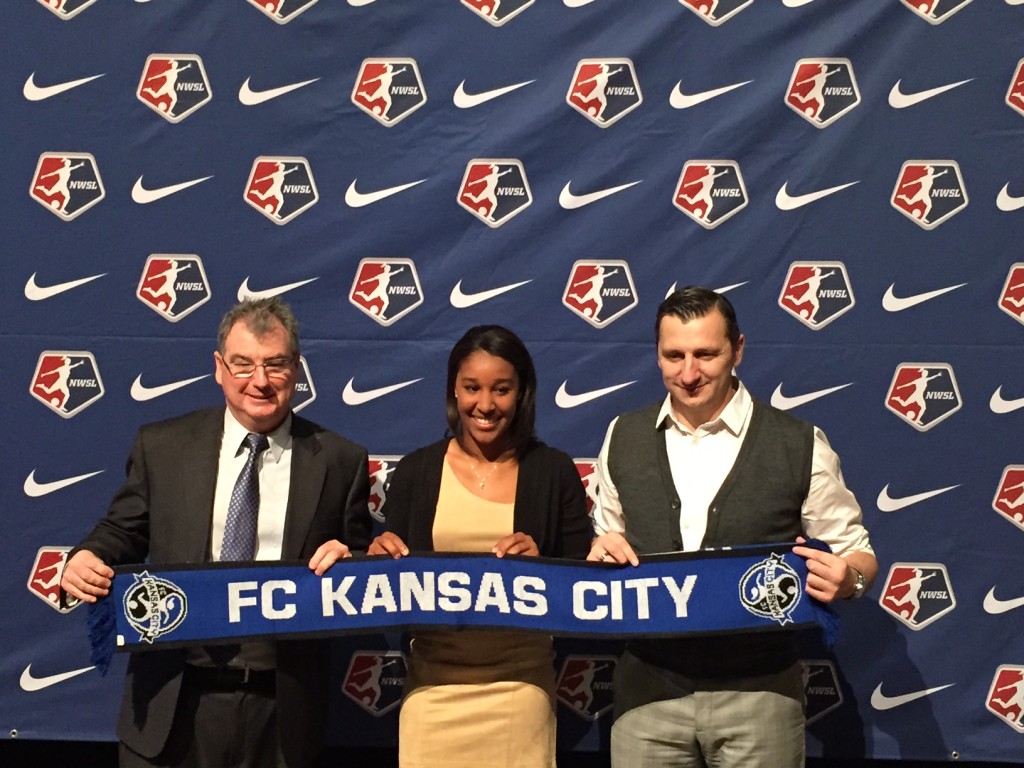 BALTIMORE, Md. — Brianne Reed had explicit instructions for her mother and father in the days leading into the NWSL Draft.  She did not want to know where she was projected to be selected.

“I actually told my parents not to tell me anything they heard,” the Tinton Falls, N.J., native said.  “I didn’t want to have any hopes or expectations.  I wanted to go in kind of blind.”

[MORE: Sonnett goes No. 1 to Thorns  |  MAC Hermann winner Rodriguez to Sky Blue at No. 2]

In what was the wackiest of NWSL drafts, that was probably a good thing.  Tipped by some to go as high as No. 3, Reed stayed on the board until the 18th pick when two-time champion FC Kansas City grabbed the Rutgers defender.  Even with no expectations, the wait was intense.

“It’s nerve-racking,” she said.  “Obviously, you hope your name is going to be called every single time.  I’m sitting there checking my Fitbit, my heart rate was up and then back down.  But then to finally hear your name called is a nice breath of relief.  Obviously it would have been cool to go in the first round, but to hear your name called at all is an honor.”

In Reed’s case being drafted was not only an honor but a piece of history.  After helping guide Rutgers to its first College Cup last fall, Reed became the first player from the program to be drafted into the National Women’s Soccer League.  Five picks later, Reed’s collegiate center back partner Erica Skroski was taken by Sky Blue FC.

(Note:  2015 FIFA Women’s World Player of the Year Carli Lloyd played at Rutgers but graduated in between professional leagues.  Jennifer Anzivino and Erin Guthrie were WPS draft picks and Guthrie wound up winning a championship at FC Gold Pride.  And Janelle Filigno has been with Sky Blue via the allocation process.)

“I don’t even know how to explain it,” Reed said.  “To be able to have the season that I had my senior year with an amazing team and to be able to leave on such a high note and now to be able to continue that at the professional level is more than I ever would have asked for.”

Mike O’Neill was an assistant at Rutgers when Reed and Skroski came to the Scarlet Knights, and he has been the head coach the last two seasons since Glenn Crooks stepped down.  O’Neill was more than just a casual observer on Friday in the Ballroom at the Baltimore Convention Center.  “We’re really proud,” he said.  “This is a byproduct of the type of people they are, the type of players they are, and how hard they work every day.  The coaches at Rutgers University, we’re so proud of them.”

Paired together, Reed and Skroski, along with NSCAA second-team All-American sophomore goalkeeper Casey Murphy helped Rutgers post the lowest goals against average in the country in 2015 en route to an appearance in the College Cup for the first time.  Now they will disperse to the pros where they will be afforded the chance to learn under two of the best central defenders the United States has ever produced.  Reed will be in Kansas City with Becky Sauerbrunn, while Skroski will get to shadow Christie Rampone at Sky Blue.

O’Neill said Reed and Skroski were both clear talents when they arrived at Rutgers, but it did not become immediately clear that they would position themselves to be drafted into the pro league.

“We knew that they would be special players,” he said.  “But to think that they would be pros by the time they left, (we) weren’t sure.  To see them develop each and every year and when both of them got to their junior years we realized that they had potential not only to be pros but to play for our country one day.  It still goes back to — you can have all the talent in the world, but if you don’t work at it.  Their commitment to get better was great for them.”

As a state school the main goal for recruiting at Rutgers is to get the best players in New Jersey to play there.  There are still players from out of state — including midfielder Hayley Katkowski, who was not drafted but is expected to get a tryout invitation to someone’s preseason.  It is early, but O’Neill said the impact of the College Cup plus the individual success of Reed and Skroski have been noticeable during recruiting.

Skroski, from Galloway, N.J., would love nothing more than to be the start of a legacy for the program.  “It would be amazing.  I hope that’s what happens from here on out.  It was awesome playing with her.  I just can’t even put it into words how awesome she was in practice every single day and in games.  We really worked together so well.  Being able to be the two people to bring Rutgers into the next stage is amazing.  I credit her so much.”

As for a scouting report on the pair, O’Neill was ebullient as expected in describing his outgoing center backs.  “Erica is technically and tactically very, very talented.  She’s a cool customer.  Nothing phases her.  She’s like the surfer girl from South Jersey.  Bri, technically and tactically is very good as well.  But she’ll think about everything.  Bri is so talented as a player but her personality as a player has such a positive influence on the day to day at Rutgers.”