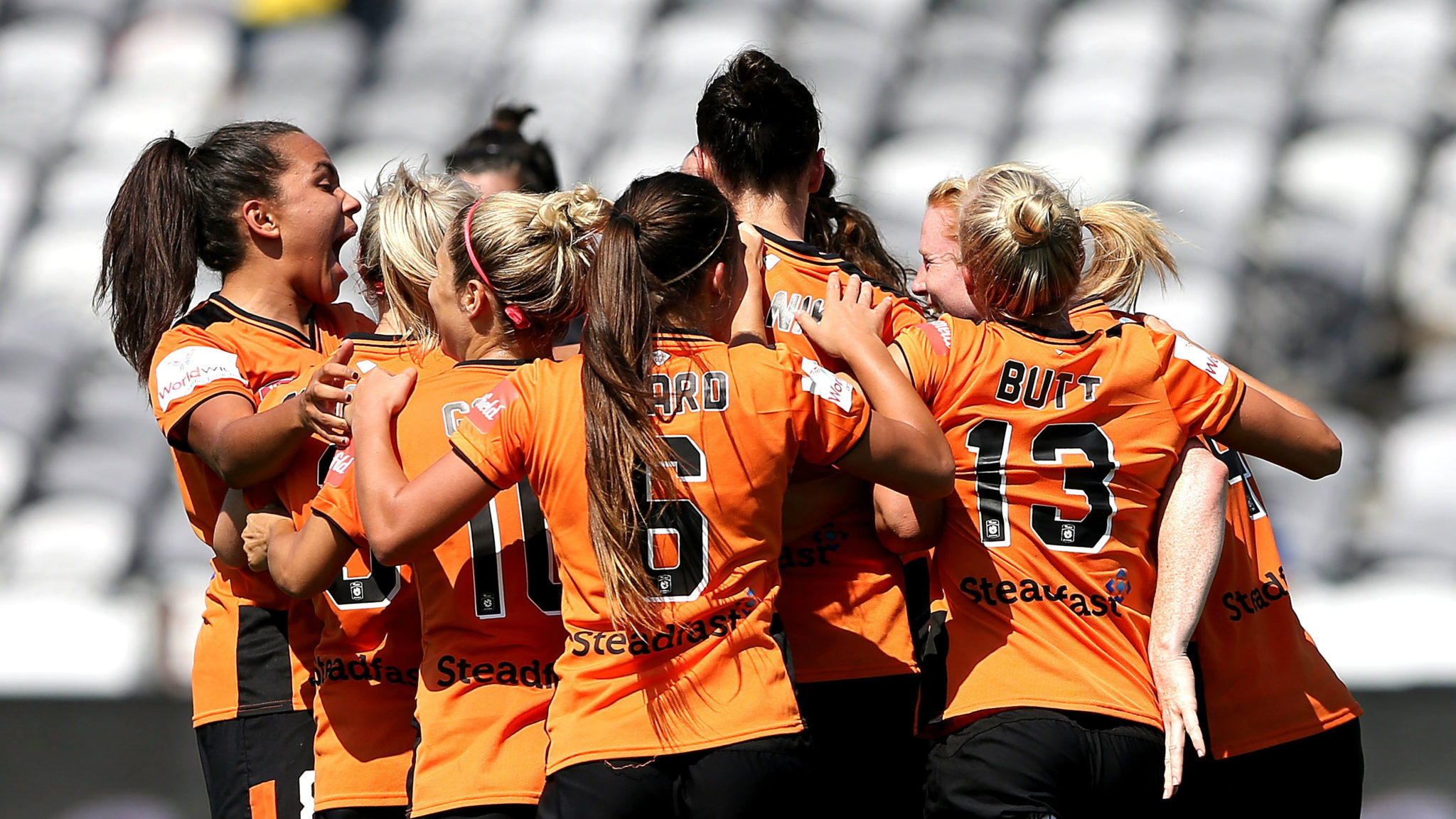 The Westfield W-League regular season concluded this weekend with the league’s fourteenth and final round of fixtures, setting up next week’s semi-finals. Here’s how things went across Australia:

Adelaide United tied Canberra United 1-1 in Adelaide on Friday. Canberra clinched second place last week and will finish the regular season with 26 points (8-2-2 W-T-L), ten points behind league leaders Melbourne City. Adelaide United (3-4-5 for 13 points) finished just out of the playoffs, three points behind in a tie for fifth, but did match its highest point total ever from the 2013-14 season. Adelaide’s Abby Dahlkemper was named Adelaide player of the year and was invited to the U.S. U-23 national team camp in California, taking place from January 18-25. Mexican international Veronica Perez, who this week signed with KIF Orebro in Sweden’s Damallsvenskan for the 2016 season, put Canberra in the lead from the penalty spot in the 23rd minute after Ashleigh Sykes was fouled in the box, before Dahlkemper tied the match in the 43rd minute. End-to-end play in the final few minutes could not resolve the deadlock. Dahlkemper tied teammate Rosie Sutton with a team high five goals on the year, while Perez scored three goals for Canberra this season.  For NWSL loanees, Sarah Killion and Dahlkemper played 90 minutes for the Reds while Ellie Brush, Kendall Fletcher, and Michelle Heyman all played 90 minutes for Canberra, who will host Sydney FC in the playoffs next weekend.

First place Melbourne City defeated Sydney FC 2-1 at home on Saturday, with Sydney’s Alanna Kennedy scoring an own goal in the 51st minute and City’s Marianna Tabain scoring in the 85th minute, while Princess Ibini scored for Sydney in the 71st minute, her first of the season. Tabian’s tally gave her seven goals on the season, finishing third on the team in scoring, one behind Kim Little and three behind league goal scoring leader Larissa Crummer. Steph Catley, Jess Fishlock and Little all played 90 minutes for City (12-0-0 for 36 points and first place), who became the first side to win all of their games in the W-League regular season and set a record for points in the season with 36, and a goal difference of +34, 5 more than Perth Glory’s +29 last season. Their four goals surrendered was also a record for a W-League club and they had the second highest goals total in a season with 38 (one behind Perth Glory’s 39 from last season). Mexican international Anisa Guajardo was a late substitute for City.

For Sydney, Kyah Simon and Michelle Betos played 90 minutes while Jasmyne Spencer was substituted out in the 72nd minute. Sydney FC finished the season with a 6-1-5 mark on 19 points in third and travels to Canberra next weekend in the semi-finals.

In the battle for the last playoff spot, host side Newcastle Jets tied Brisbane Roar 0-0 on Sunday, giving Brisbane (5-1-6 for 16 points) the fourth and final playoff spot, a tremendous achievement for the Roar who at one point this season had two wins and five losses after seven games and looked to have missed the playoffs for the second consecutive year.

For Newcastle, Megan Oyster and Caprice Dydasco played 90 minutes as did Brisbane’s Haley Kopmeyer and Claire Polkinghorne. Newcastle finished in a tie for fifth with Adelaide with a 3-4-5 mark on 13 points, making the seventh consecutive season that they have missed the playoffs, though they were quite competitive all season.

Also on Sunday, in the last regular season match of the season, host Western Sydney Wanderers defeated Perth Glory 2-0. The goals were scored by Erica Halloway and Hannah Beard in the last few minutes of the match, both of whom tallied their second goals of the season, tying them with Elizabeth Grey and Keelin Winters for the team lead. For Western Sydney, Canadian defender Carmelina Moscato and midfielder Keelin Winters played ninety minutes as did Nikki Stanton and Vanessa DiBernardo for Perth. With the win, Western Sydney leapfrogged Perth to finish in seventh (3-3-6 for 12 points) while Perth Glory dropped to eighth (3-2-6 for 11 points).

Melbourne Victory (2-1-9 for 7 points and in last place) had the bye this weekend.