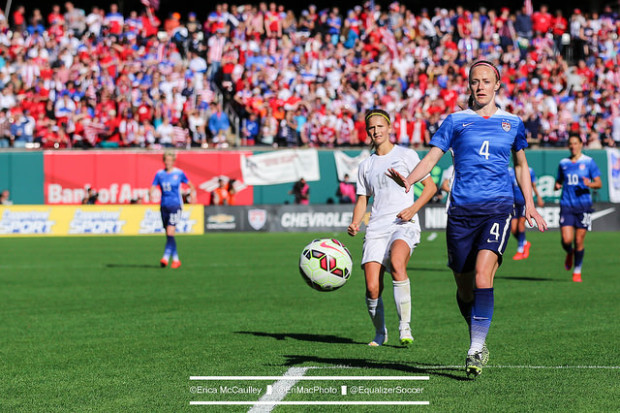 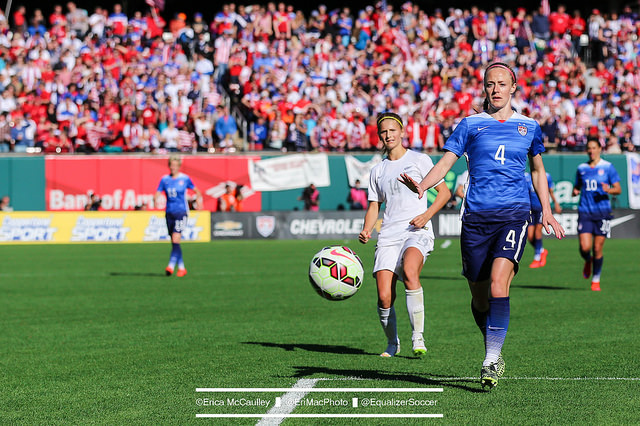 Katie Bowen (left) and Becky Sauerbrunn will be teammates with FC Kansas City. (Photo Copryight Erica McCaulley for The Equalizer)

FC Kansas City has acquired the international roster spot it needed for the 2016 NWSL season in a trade with the Chicago Red Stars. In return, the Red Stars receive Kansas City’s 2017 second-round pick in the 2017 NWSL College Draft.

The international roster spot became of necessity to FC Kansas City after drafting New Zealand defender Katie Bowen out of the University of North Carolina on Friday with the No. 16 overall pick. The Blues would have held Bowen’s rights regardless, but needed an international roster spot to add her to the roster. And despite some rumors otherwise, Bowen will be playing in the NWSL.

“Bowen is going to play,” FC Kansas City coach Vlatko Andonovski told The Equalizer after Friday’s 2016 NWSL College Draft. “Huw (Williams, GM and director of soccer operations) has been in touch with her and communicated with her and her coach. She’s going to be in Kansas City.”

FC Kansas City on Wednesday traded away both remaining international roster spots for the 2016 NWSL season in a three-team trade which brought United States forward Sydney Leroux to the two-time defending champions. Kansas City traded one spot to Houston and one spot to Western New York, with forward Tiffany McCarty also ending up in Kansas City.

Bowen, 21, came off the bench in all three games for New Zealand at the 2015 World Cup. She started all 21 games for North Carolina this NCAA season, tallying one goal and one assist.