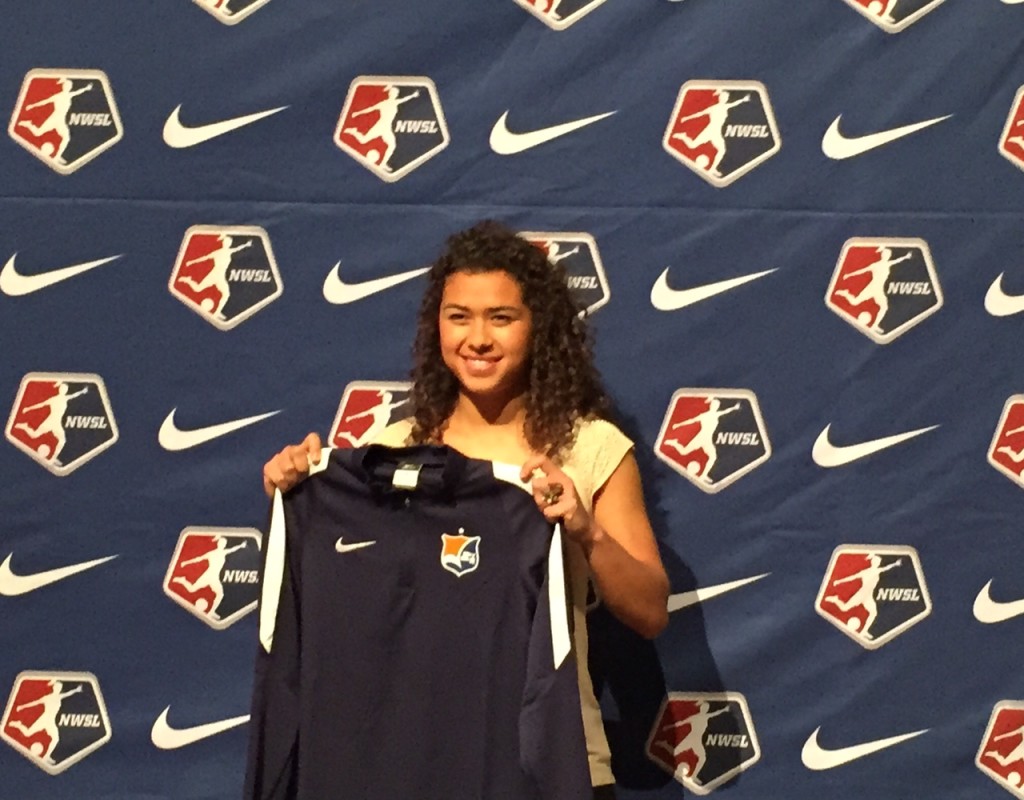 Earlier, Sky Blue rustled the women’s soccer world with the early-morning announcement that they had acquired the second pick in exchange for the No. 3 pick and the rights to forward Nadia Nadim.  In addition, 2017 picks also changed hands with Sky Blue getting a 1st and 4th rounder and the Thorns a second rounder.  (The Thorns later flipped the No. 3 pick to the Breakers who used it on Christen Westphal.)  Rodriguez joins Kelley O’Hara as MAC Hermann winners on Sky Blue’s roster.

Emily Sonnett was the No. 1 overall pick, to Portland Thorns FC.

Rodriguez had six goals and six assists for Penn State last year and ended her college career with a bang by scoring the goal that clinched Penn State its firstever NCAA championship.  Earlier in 2015, Rodriguez played all 270 minutes for Costa Rica at the World Cup.  Her goal against Spain was the first-ever World Cup goal for Costa Rica and helped Las Ticas to a 1-1 draw with Spain.

“It was a great year.  I’m very grateful for that.  I’ll always cherish those memories,” Rodriguez said of the triple crown of the World Cup, Hermann, and No. 2 draft pick.  “But I also feel like that was a chapter in my life.  A new one is coming and I’m looking forward to that one.”

Rodriguez said she was made aware earlier in the day after the trade that Sky Blue intended to use the No. 2 pick on her.  Rodriguez will require Sky Blue to use an international roster spot.  Trading Nadim makes the day a wash on international spots for the club.