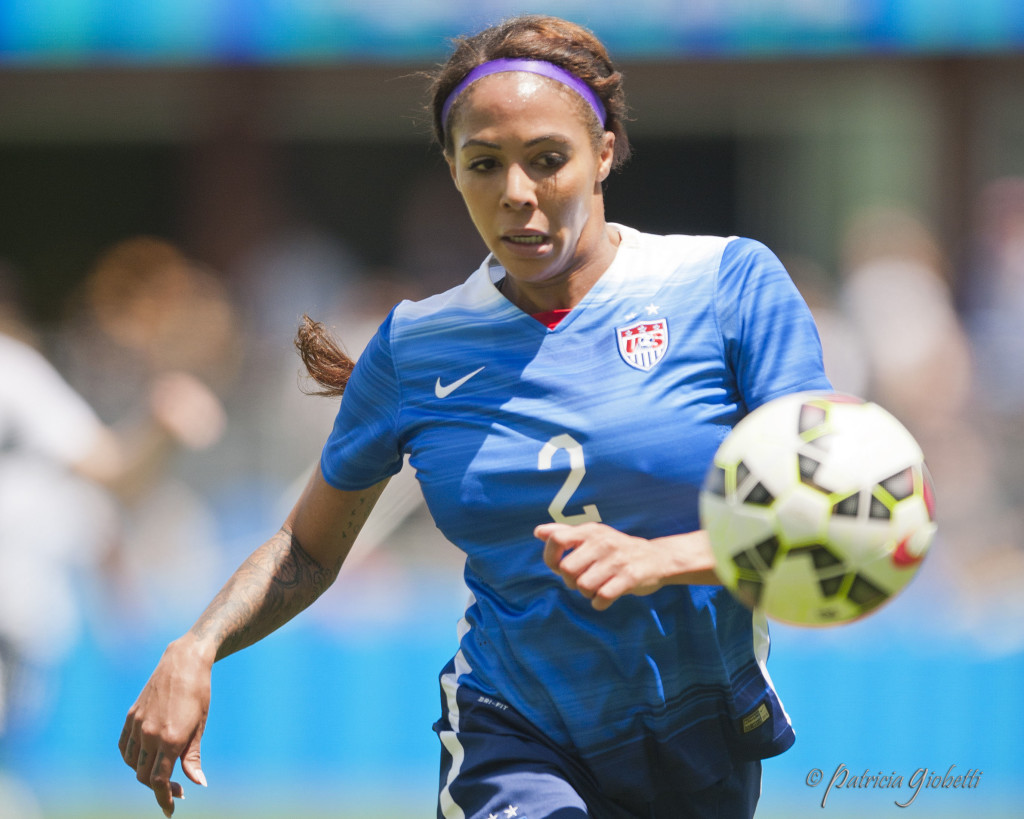 Sydney Leroux has been traded to FC Kansas City, her fourth team in four NWSL seasons. (Photo Copyright Patricia Giobetti for The Equalizer)

One year after making her wishes known, Sydney Leroux is heading to Kansas City.  The Western New York Flash sent Leroux to FC Kansas City on Wednesday in exchange for Jessica McDonald, an international roster spot in 2016 and 2017, and Kansas City’s second-round pick in the 2017 NWSL Draft.

In a separate trade, FC Kansas City acquired McDonald and Tiffany McCarty from the Houston Dash for an international roster spot and the No. 8 pick in Friday’s draft.  The Dash now hold the 5th, 6th, and 8th picks and FC Kansas City no longer holds a first-round pick.

Leroux first requested to be traded to Kansas City last offseason in order to be closer to her husband Dom Dwyer who plays for Sporting Kansas City in Major League Soccer.  The Reign contacted Kansas City but the sides were unable to reach an agreement.  Instead, the Reign sent Leroux to the Flash.  Her season in Western New York hardly got off the ground.  She played three matches before leaving for the World Cup, scoring one goal.  Leroux then underwent ankle surgery after the World Cup and missed the remainder of the season.

“I’m really happy to have Sydney [Leroux] on the team,” Blues coach Vlatko Andonovski said. “She is a proven goal scorer that every coach would love to have on the team. Her persistence and determination are on a whole different level. I feel blessed for the opportunity to work with her.”

FC Kansas City will be the fourth team in four seasons for Leroux, who was originally allocated to the Boston Breakers, where she scored 11 goals in 2013 including the first hat trick in league history.  The Breakers sent her to Seattle for Kristie Mewis after the 2013 season and Leroux had five goals as the Reign won the Shield before losing to Kansas City in the NWSL Championship.

Kansas City became a better fit after the announcement that Amy Rodriguez is pregnant.  Rodriguez could return for the tail-end of the NWSL season, but the club is preparing to be without her for the long haul.  The Blues will also spend 2016 adjusting to the retirements of Lauren Holiday, Leigh Ann Robinson, and Amy LePeilbet.  Robinson and LePeilbet played every minute of the 2015 season.

As for Houston, they finally have the defender they have long wanted.

“We have been after Poliana for a while and actually acquired her rights last season, but were unable to bring her in due to Brazil going into residency for the World Cup,” Dash managing director Brian Ching said. “However, we are very excited that she will now be able to join us for the 2016 season. She is a versatile player that brings international experience and will strengthen our roster.”

And the Flash have McDonald to fill the void at forward.

“Jess has been on our radar for a while now,” said Flash GM Rich Randall. “She’s a proven goal scorer and should make an immediate impact for us. We see her in our plans for many seasons to come.”