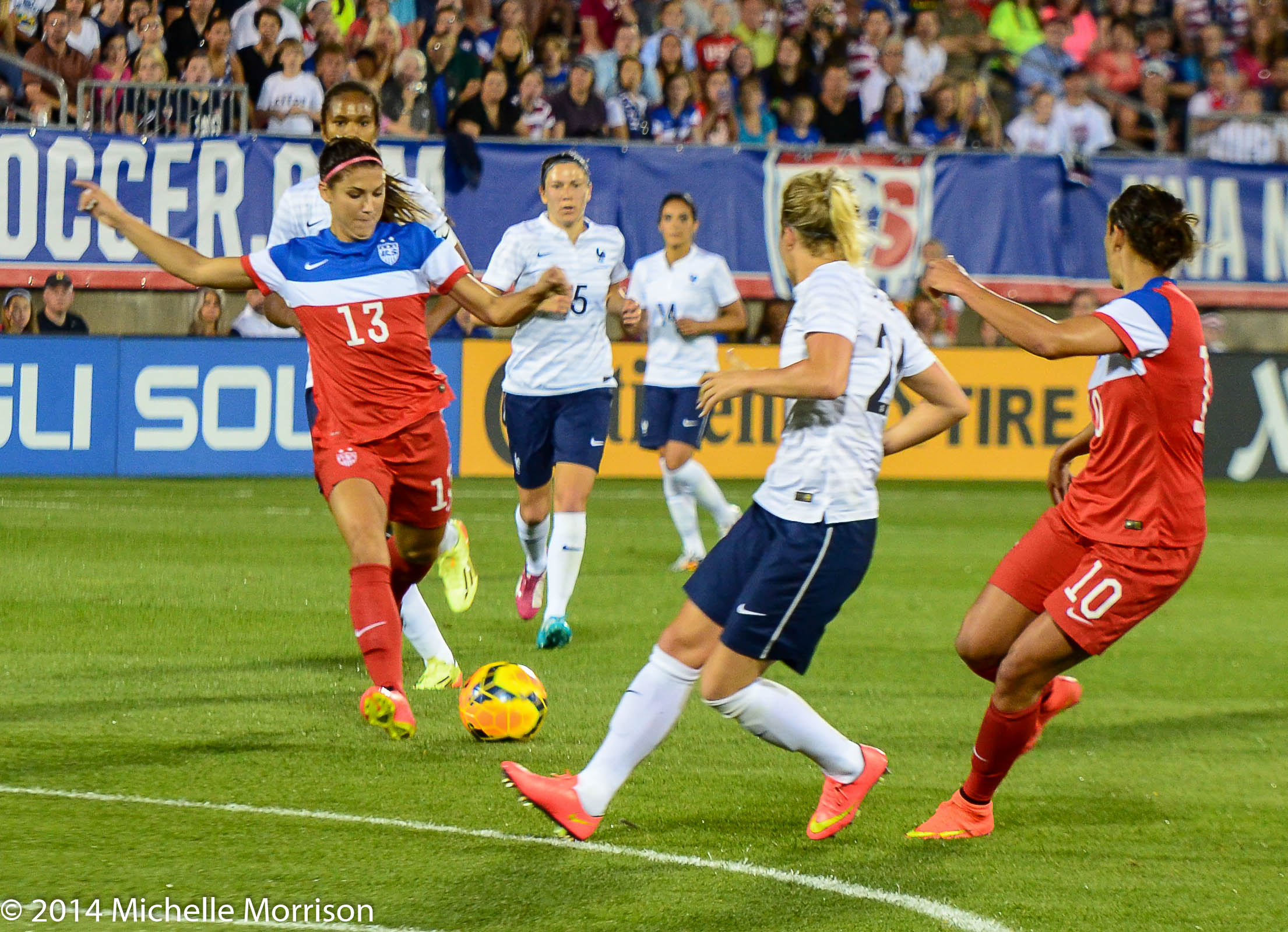 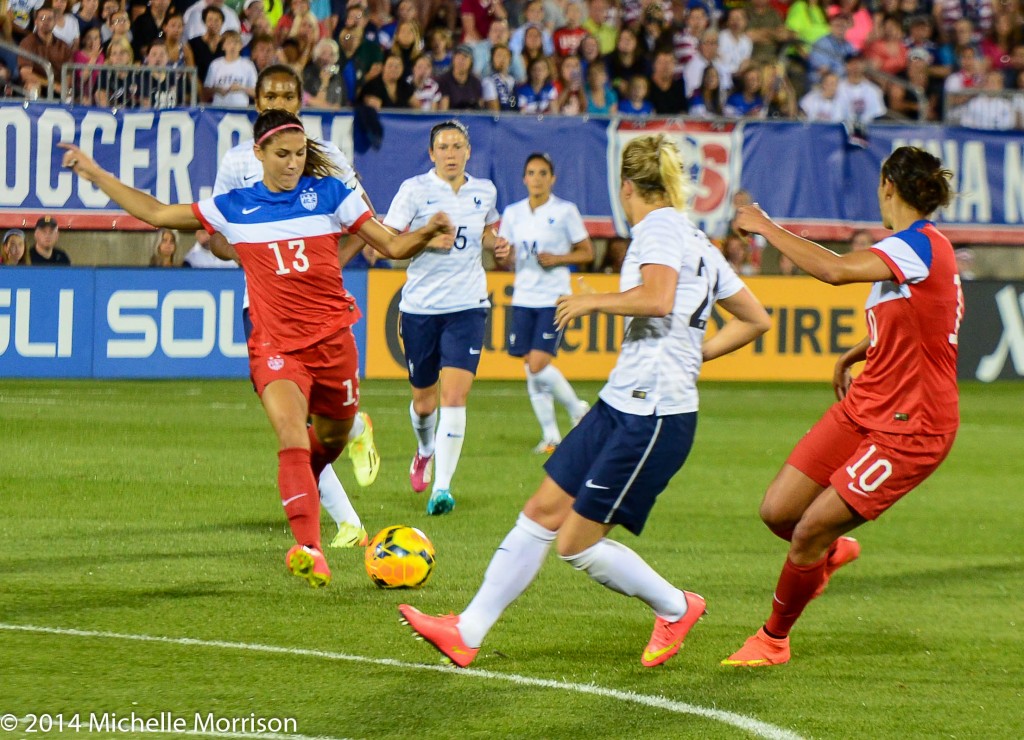 The United States and France will play once again on U.S. soil in March. (Photo Courtesy Michelle Morrison)

Tampa, Fla., Nashville, Tenn., and Boca Raton, Fla., will host a four-team women’s international tournament in March between the United States, France, Germany and England, The Equalizer has learned.

UPDATE: U.S. Soccer confirmed the tournament, known as the SheBelieves Cup, on Tuesday. Each site will host a doubleheader featuring all four teams in action on the same day, sources tell The Equalizer. Raymond James Stadium in Tampa will see Germany play France, followed by the U.S. against England on March 3. On March 6, the U.S. will play France and Germany will play England at Nissan Stadium in Nashville. FAU Stadium in Boca Raton, Fla., will host France-England and USA-Germany on March 9.

All three venues feature natural grass playing surfaces. Per U.S. players and their legal counsel, Rich Nichols, U.S. Soccer president Sunil Gulati has promised that no U.S. women’s games will be played on artificial turf in 2016 prior to the Olympics in August. That came following the cancellation of a U.S. match in Hawaii after players refused to play on what they called an unsafe field at Aloha Stadium.

The United States is hosting the four-team tournament instead of going to the Algarve Cup, an annual March tournament in Portugal which the U.S.

The United States’ decision to host a tournament with three of the other top-five teams in the world, along with Olympic qualifying playoffs in Europe and Asia, caused for major changes to the Algarve Cup and the subsequent shrinking of the Cyprus Cup.

French website Foot d’Elles previously reported that the U.S.-based tournament is expected to be annual. As I wrote in December, it’s a wonder that it took this long for the U.S. to get into the game of hosting March tournaments and making money off of them instead of losing money to go play in Portugal. A tournament featuring four of the top-five teams in the world will also provide more consistent, high-level competition than the Algarve Cup would with a mix of different teams. Doubleheaders in different cities will theoretically allow for maximum revenue, giving each market only one opportunity to see the teams in action and thus creating demand.

The FIFA international window spans from Feb. 29-March 9, 2015. The U.S. has its CONCACAF Olympic qualifying tournament in Houston and Frisco, Texas, from Feb. 10-21. The top two teams from CONCACAF will qualify for the 2016 Rio Olympics. The U.S. women are three-time defending Olympic champions.

France and Germany have both qualified for the 2016 Olympics. England technically qualified as the best European team at the 2015 World Cup (third place), but the English, Scottish, Welsh federations can’t agree on competing at the Olympics as Great Britain (except for in 2012, when London and Team GB were the home nation), to England will not play at the 2016 Olympics. Instead, either Sweden, Switzerland, Norway or the Netherlands will take England’s spot — whichever team wins the round-robin playoff in March.