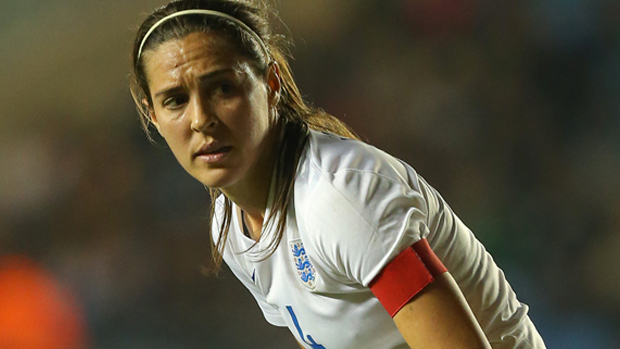 England’s most-capped played is now a member of Arsenal, the club announced Tuesday.

Fara Williams, 31, signed with the Gunners after previously winning a pair of FAWSL titles with Liverpool since switching to the Merseyside club in 2012. She had previously played for rivals Everton as well as Chelsea and Charlton Athletic.

“She is a player with huge experience at club and international level, and her reading and understanding of games is fantastic,” Arsenal manager Pedro Martinez said. “She is an exciting addition to the squad and I look forward to working with her as we begin preparations for the 2016 season.”

Williams is England’s most-capped player with nearly 150 appearances for her country.

Earlier this week, Williams was honored by being made an MBE — Member of the Most Excellent Order of the British Empire — a high honor in Great Britain. Williams is known for her triumphant story of perseverance. She was homeless for seven years — while playing for England — before getting back on her feet.

Awarded an MBE last Wednesday, signs for @ArsenalLadies today. It's been quite a week for @fara_williams47. https://t.co/GLdpTRpf6D