New GM Randall looking to give Flash a boost 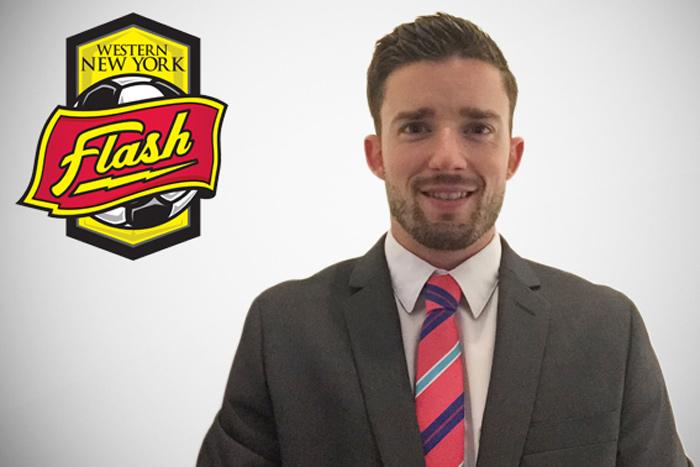 Rich Randall is optimistic about the Flash’s attendance projections for 2016. (Photo: WNY Flash)

Most conversations about National Women’s Soccer League markets lead to the inevitable conclusion that Portland is an anomaly that stands on its own.  However, the same can be said about Rochester, known more broadly as Western New York.

When the NWSL launched in 2013 the Flash were allocated hometown hero Abby Wambach, giving them by far the most popular player in the league as it pertained to a specific market.  Attendance numbers agreed.  As the Flash rolled to the Shield and hosted two playoff matches, support soared.  Including playoffs, the club hosted matches at Sahlen’s Stadium on the final four Saturdays of the campaign.  Attendance totaled out at 30,362 (7,590.5 average) topping out at 9,129 for the NWSL Championship.

Those four matches were among the top five gates of 2013.  Two years later, Wambach is gone, a second playoff berth is elusive, and those top-five attended Flash matches remain the same.  The high attendance figure over the last two seasons for the team is 4,339 for the 2014 home finale.  That would have been the eighth best game in 2013 out of 13 including playoffs.

“If you’ve got a product that has demand, attendance will follow,” recently appointed general manager Rich Randall said.  “And if we’re doing the right things, it will also follow.”

So how does Randall get the product to a point of demand? The former Rochester Rhinos executive acknowledges that roster construction is out of his domain, and agreed the massive turnover of the last two off-seasons is less than ideal for business.  But to the extent Randall can control things he is determined to move the Flash business operations in the right direction, starting with consolidating the operation in Rochester.

“It’s really a pivotal time and a brief transition time for this organization,” Randall said in an interview conducted prior to the announcement that Aaran Lines was stepping down as the club’s head coach.  “We’ve had a unique situation in that our team has been based in Buffalo but playing their home games in Rochester.  So there’s a couple of things there.  You’re selling a product and operating a product out of a totally different city from where that service is being offered.  And that can be difficult for a lot of reasons.

[MORE: Lines says he’s stepping down as Flash coach on his own terms]

“That said, I’m moving the operation to Rochester,” Randall continued.  “The front office staff will be operating in Rochester.

The transfer of the business operations to Rochester will not only help the sales staff connect better with the fan base, but it also dispels some speculation that the club would play elsewhere in 2016.  And even as the naming rights deal with Sahlen’s Stadium is set to expire at the end of the calendar year, the Flash intend on playing there again in 2016 and beyond.

“We absolutely expect to be playing at Sahlen’s Stadium next season and for the future,” Randall said.  On the naming rights he added, “I don’t control the Sahlen’s marketing department but I do know that Joe (Sahlen, Flash owner) and the family would like to see that continue.”

Although Flash attendance was an issue last season—they were the only club to trend down from 2014—that does not mean Rochester did not partake in the World Cup bump.  Attendance at Sahlen’s Stadium was up nearly 25% in the games that followed the U.S. victory in Canada.  For 2016, Randall is looking for an increase of about 2,000 per game.  He also has big goals for sponsorship.

To that end, Randall reports that season ticket sales are robust and that sponsorship is on pace to set that record, including the 2011 WPS season when Marta was taking the town by storm.

Other changes for 2016 will include more fan engagement at each match and an upgraded in-house technical system that should upgrade what has been a difficult-to-follow webcast.

It was not all that long ago that Major League Soccer fans were pounding the drums for Rochester to get a club in that league.  Those days are well-embedded in the past.  Randall’s job is to try to make sure Rochester shows its chops as a women’s soccer market.

“Historically in Rochester, New York, the biggest attendance at any event at two of the premier downtown facilities were women’s soccer games.  We’re going to have big-time players that are coming off a World Cup and are also leading into an Olympic year.  We have internationally known celebrities.  Not only will we have that on our own roster, but every away team that comes in is bringing these monster superstars.”