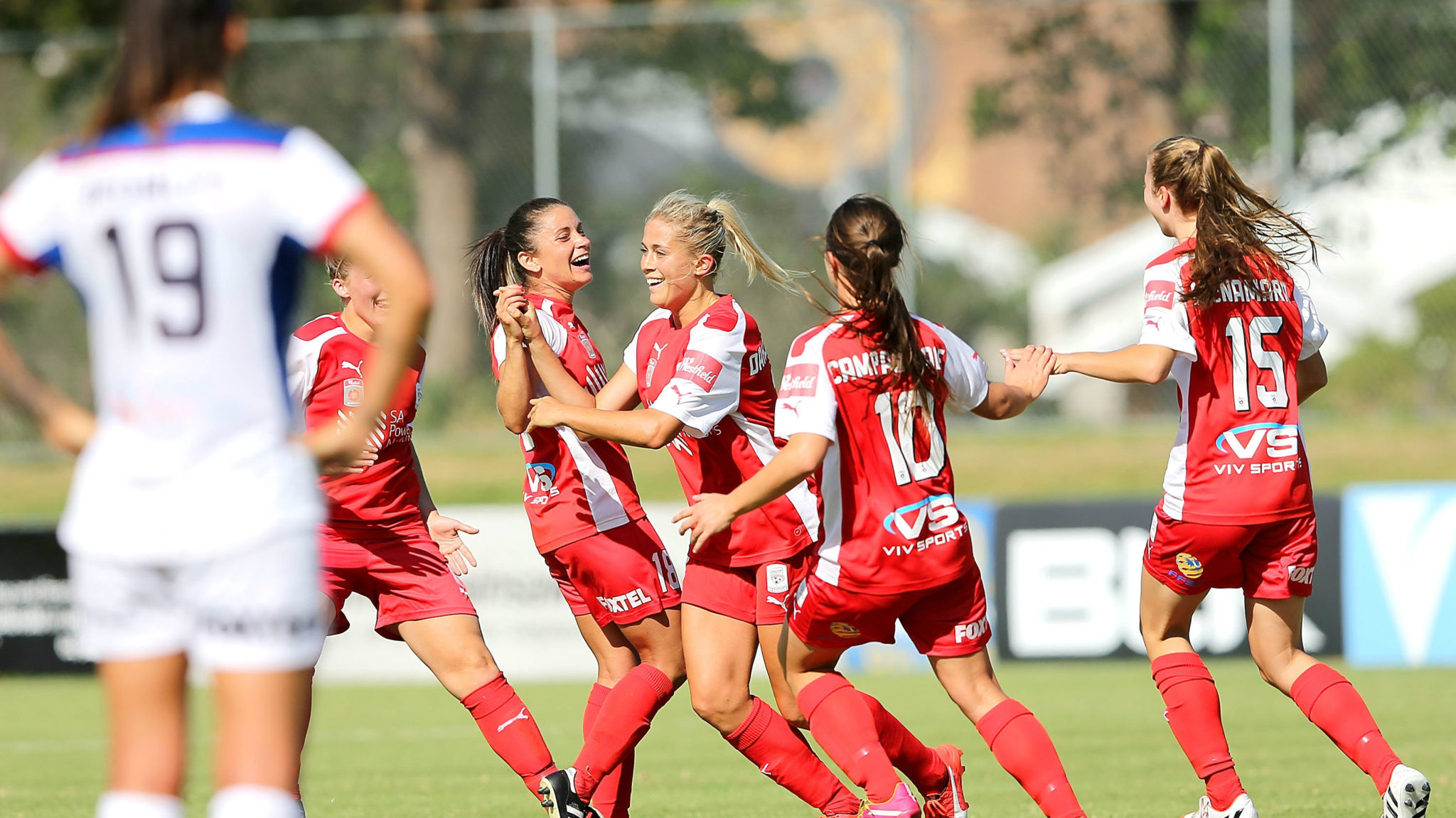 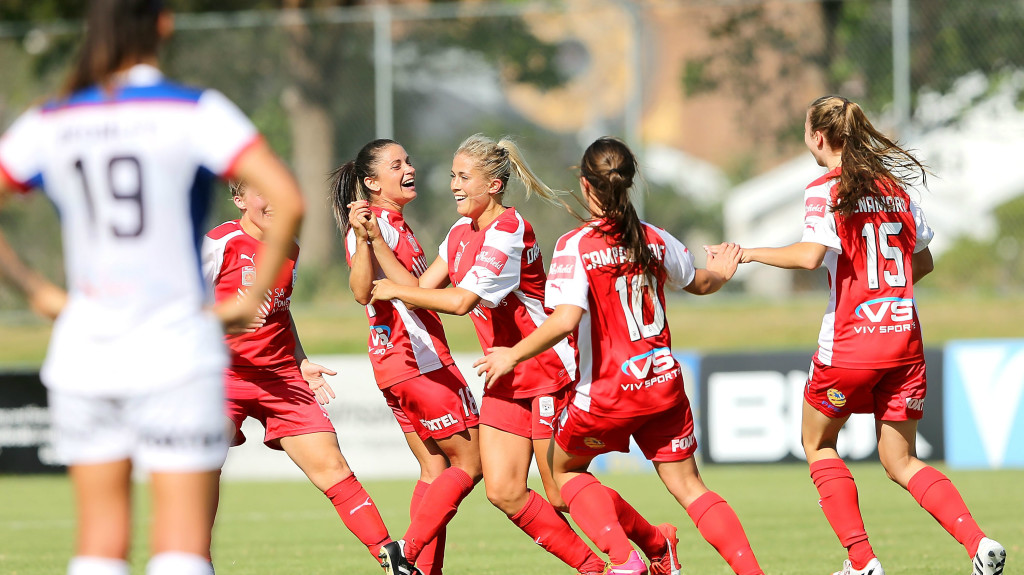 In Week 10, Adelaide United went on the road to Newcastle and blasted the Jets, 5-1 in a showdown between teams entering the weekend tied for fourth on 9 points. Midfielder Abby Dahlkemper (Western New York Flash) scored twice for the Reds, her first tallies of the season. Goals were also added by Rosie Sutton (her team-leading fifth goal for 2015-16), Emily Condon (her second of the year) and 21-year-old Allira Toby (her first of the season). Adelaide now has a 3-3-3 mark for 12 points and is in sole possession of fourth place.

Tara Andrews had Newcastle’s lone goal from the penalty spot, her second of the campaign and only the team’s seventh goal in eight matches. NWSL loanees Sarah Killion (Sky Blue FC) played 90 minutes for the winners, as did Caprice Dydasco and Megan Oyster—both from the Washington Spirit—for the home side. The win keeps Adelaide’s first-ever playoff spot firmly in sight and they are only 1 point shy of their all-time points record of 13 from a 3-5-4 mark in 2013-14. Newcastle Jets (2-3-3 for 9 points) are now tied for fifth place with Brisbane and Western Sydney.

Second-place Canberra United used three second-half goals to defeat Melbourne Victory, 3-0 on Saturday. Canberra’s goals came from Michelle Heyman, Ashleigh Sykes (both of whom scored their fifth goals of the season) and Jenna McCormick (her second). Ellie Brush (Houston Dash), Kendall Fletcher (Seattle) —who chipped in an assist—and Mexico international Veronica Perez all played 90 minutes for the winners, while Hayley Raso and Christine Nairn (both of the Washington Spirit) did likewise for Melbourne. Canberra recorded its fifth straight win and has now gone six consecutive games undefeated. Canberra is now 6-2-1 on 19 points, while the Victory is 1-7-1 for 4 points and remains in last place.

Brisbane Roar made a major push for a playoff spot with a 3-0 road win against Sydney FC on Sunday. Tameka Butt scored in the 19th minute (her second of the season) and then Sydney defender Alanna Kennedy put the ball into her own net in the 38th minute. In the second half, Claire Polkinghorne added a third goal in the 67th minute (her first of the season). Kyah Simon (Boston Breakers), Jasmyne Spencer (Western New York Flash) and Michelle Betos (Portland Thorns) played the entire match for Sydney, while Haley Kopmeyer (Seattle) recorded the shutout for Brisbane—her second of the season in Australia. Despite the loss, Sydney FC remains in third with a 4-4-1 record for 13 points, one point ahead of Adelaide United, while Brisbane Roar (3-5-0; 9 points) is tied for fifth.

Melbourne City defeated Perth Glory, 4-0 at home to retain their perfect start to their inaugural season (9-0-0 for 27 points) on goals by Kim Little (her fifth of the season), Jess Fishlock (her second goal of the year), Larissa Crummer (her league-leading 11th goal in 2015-16) and substitute Marianna Tabian (her fifth tally). NWSL loanees Caitlin Foord and Nikki Stanton (both of Sky Blue FC) along with Vanessa DiBernardo (Chicago Red Stars) all played 90 minutes for the Glory, while Little, Fishlock—both with the Seattle Reign—and Steph Catley (Orlando Pride) did likewise for City.

Western Sydney Wanderers (2-3-3 for 9 points and tied for fifth) had the bye.