Rebecca Quinn ready to make her mark with Canada 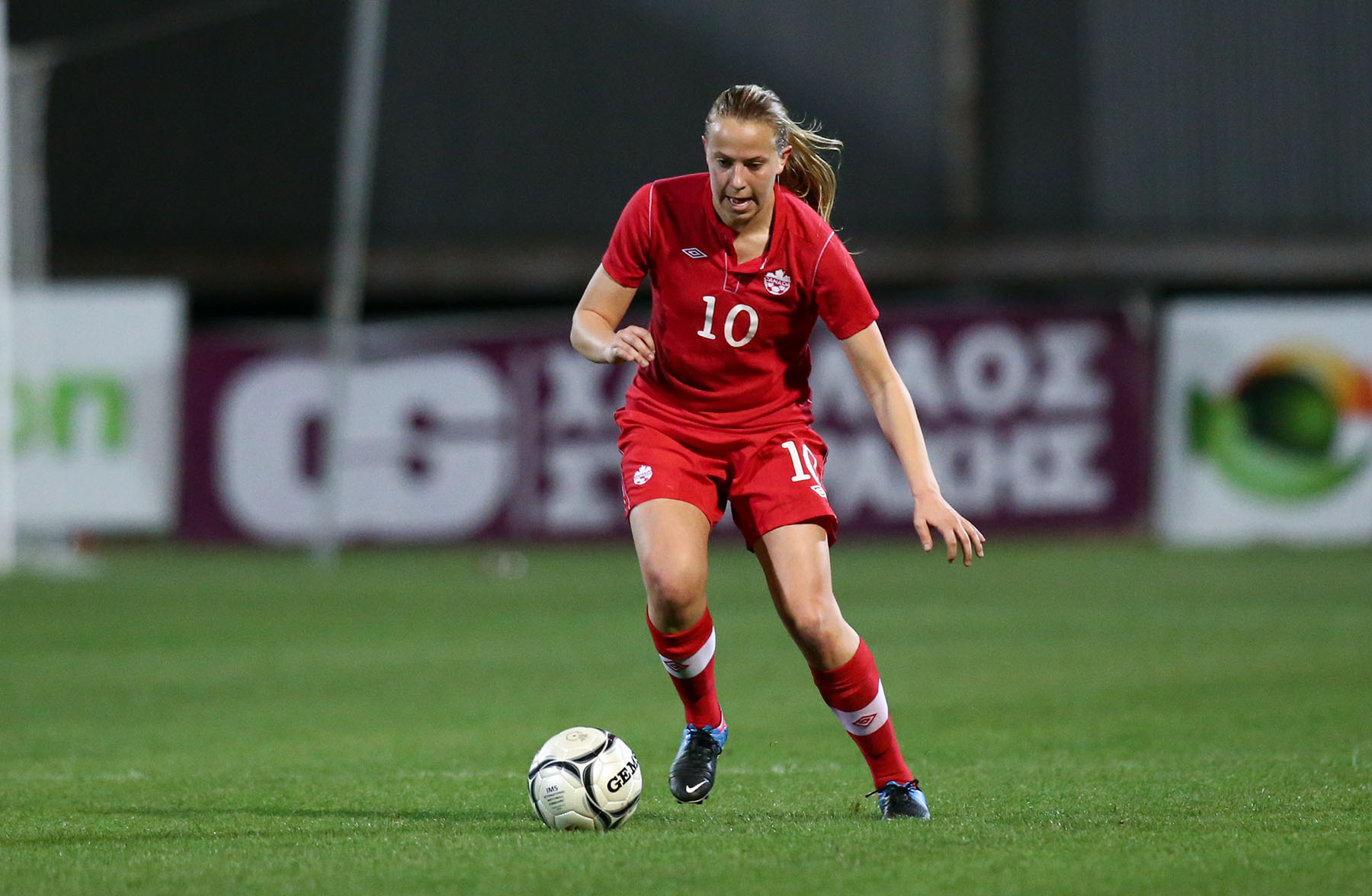 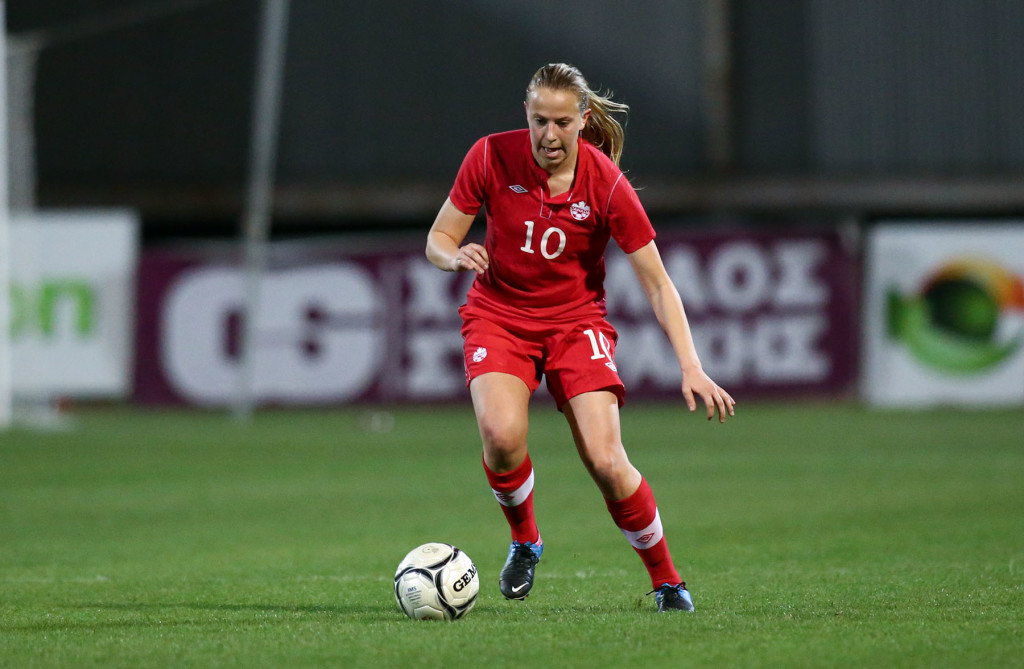 VANCOUVER, B.C – Canada coach John Herdman has been tinkering with his roster as he looks to integrate younger players into the national team program. The firm veteran presence that Canada is known for having is still there, but now Herdman and his staff are moving forward with a potential pipeline of youthful players who should grow and develop into the next generation of great Canadian internationals.

Ashley Lawrence and Kadeisha Buchanan were among the best players on the big stage at the 2015 World Cup. The 20-year-old Buchanan was honored with Canada’s 2015 BMO Player of the Year Award on Thursday. This is the first time a player not named Christine Sinclair has won this award since 2003. Buchanan was also shortlisted for 2015 FIFA Women’s Player of the Year.

While Buchanan is becoming a household name in women’s football circles, fellow defender Rebecca Quinn is just starting to come into her own.

The Duke University junior has had a massive year of her own. Quinn featured in the 2015 China Four Nations Cup, the Cyprus Cup, the Pan-American Games, and was monumental in Duke’s run to the 2015 College Cup final. Quinn joined Canada in Natal, Brazil following Duke’s 1-0 loss in the College Cup.

She took time to reflect on how big this year has been for her.

“It was a huge year for me,” Quinn recently told The Equalizer. “I haven’t been playing for the senior team for too long now. Being in the program for all of last year was really great for my development. Unfortunately not making the World Cup squad was difficult as it would be for anyone. Pan-Am Games was a good opportunity for me to show my leadership role with the team. I’m just happy to be back in the environment.”

A whirlwind travel schedule meant that Quinn did not get any practice time in Brazil before Canada’s opening match against Mexico on Wednesday, December 9.  Canada prevailed 3-0. John Herdman elected to play Quinn alongside Buchanan vs Trinidad & Tobago on Sunday, December 13. Canada won 4-0. In Canada’s most recent match on Wednesday vs Brazil, Quinn showed her versatility playing next to Ashley Lawrence in a holding midfield spot. Canada was firmly tested and fell to Brazil 2-1.

In her 11 caps, the Toronto native has shown she can be a defensive standout and a threat to contribute at the other end of the pitch. Much like Buchanan, Canada is looking at another terrific centerback. With only a few matches together, Quinn is already feeling comfortable playing alongside Buchanan.

“I think it’s always fun to have such a quality player playing beside you,” Quinn said. “It’s always fun taking a front line when we can. Her defensive qualities have shown and it’s great to have a centre-back backing you up that’s going to fight with you. It gives you confidence and it’s a pleasure playing with her.”

Quinn is hoping she can do enough in Brazil to earn a call-up to John Herdman’s January evaluation camp in Vancouver. CONCACAF’s 2016 Rio Olympic qualifying tournament will take place in Texas from February 10-21. Quinn seemingly has one foot in the door and she is hoping she can become a mainstay with Canada for a long time to come.

“Hopefully, that’s my plan to be a big part of the team and have a huge impact. That’s my main objective for now.”

Quinny, as she is affectionately known by her friends and teammates, is majoring in biology at Duke and has one year of eligibility left. Beyond school, Quinn would like to play professionally. When the time comes she will explore all her options. Winning a 2016 College Cup with Duke remains a goal and Quinn would like another shot at leading the Blue Devils to a national championship.

“I think it was a great experience. Anyone’s dream in college is to win a college championship,” she said. “I think next year we’ll have a great run at it as well. It prepares you for international tournaments as well. Being in that leadership role for Duke was great experience as well.”

Herdman is building Canada with a strong defensive mindset. Quinn and Buchanan appear to be at the center of that movement and will look to protect and lead Canada at the back for years to come.

Canada wraps up its 2015 campaign on Sunday in the 2015 Torneio Internacional de Natal final against Brazil. Christine Sinclair will look to pass Mia Hamm on the all-time international goal-scoring list.

Above all, Wambach’s leadership stands out most
Mônica lifts Brazil past Canada in Natal final