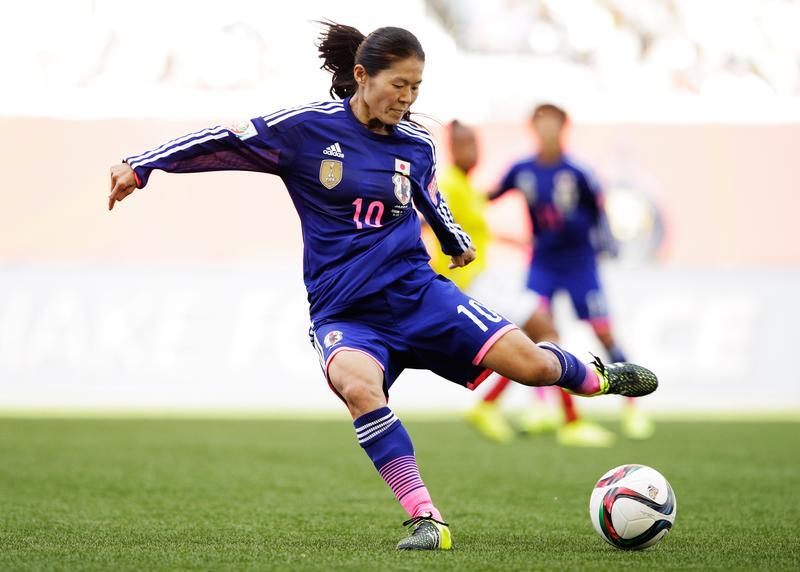 Legendary Japan midfielder Homare Sawa announced her retirement on Wednesday, the same day on which her friend and United States forward Abby Wambach will play her final match before retiring.

Sawa, 37, lifted Japan to the 2011 Women’s World Cup title, scoring the equalizer in extra time to force penalty kicks in the final, in which Japan defeated the United States. She earned the Golden Ball and the Golden Boot at that World Cup. Japan’s triumph at the 2011 World Cup was a miraculous and unexpected triumph just months after a tragic earthquake and tsunami devastated Japan. Only once in five previous World Cups had Japan advanced out of the group stage.

Later that year, Sawa was named the 2011 FIFA Women’s World Player of the Year, beating out Wambach and Marta for the award.

Sawa has appeared in a joint-record six World Cups after taking part in the 2015 World Cup, at which Japan lost to the United States in the final. Sawa has a record 205 caps and 83 goals for Japan. She was part of the silver-medal winning team at the 2012 London Olympics.

Previously, Sawa had said that she hoped to play in the 2016 Rio Olympics. But she was a question mark to make coach Norio Sasaki’s 23-player World Cup roster after a hiatus from the national team, and Japan — assuming the Nadeshiko obtain one of the two Olympic berths from a tough Asia qualification tournament — would only have 18 roster spots at the Olympics.

“She led women’s soccer in Japan for many years, a great player who played in many World Cups and Olympics with the national side,” Sasaki said, according to the Japan Times.

“She scored at crunch moments and led us to victories in many matches. She’s one of the special players I’ve met in my career,” he added. “It’s unfortunate she’s retiring, but I hope she continues to shine in the next stage of her life.”

Sawa and Wambach are friends who date back to their days playing against each other in the WUSA and as teammates for the Washington Freedom in WPS in 2009 and 2010. This moment — their final competitive match against each other — was captured following the United States’ 2015 World Cup final victory:

Abby Wambach and Homare Sawa, each in their last World Cup, chat after the match. pic.twitter.com/rTVb6D926t

This video also depicts the respect between the players: