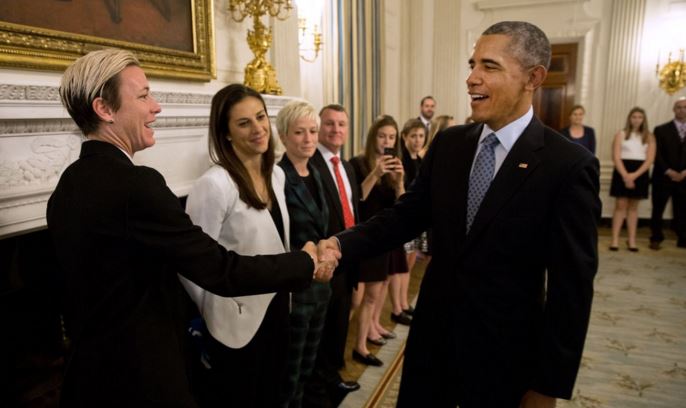 Many of teammates and pundits have referred to Abby Wambach as the greatest of all time — the G.O.A.T.

The debate is a healthy one to have, and the options are few. There is Wambach, who will play her final match on Wednesday, and former U.S. teammates Mia Hamm and Michelle Akers. China legend Sun Wen has an argument and Brazil’s Marta is a once-in-a-forever player who never quite had the accompanying team glory for her individual brilliance.

So we can all debate that, but one person of significant authority has chimed in: United States president Barack Obama. The president has spoken: Abby Wambach is the greatest ever.

Congrats on a great career, Abby Wambach. For the goals you’ve scored & the kids you’ve inspired, you’re the GOAT! pic.twitter.com/Kud56ChsBO

It is in Washington — hours after visiting the White House — in October that Wambach, the world’s all-time leading goal-scorer with 184 career tallies, revealed her decision to retire.

And it was on that very day which Obama gave one of his most memorable speeches of the somewhat mundane White House trip for championship sports teams when he proclaimed:

“This team taught all America’s children that ‘playing like a girl’ means you’re a badass.”

Above all, Wambach’s leadership stands out most
Wambach: ‘I would definitely fire Jurgen’ Klinsmann