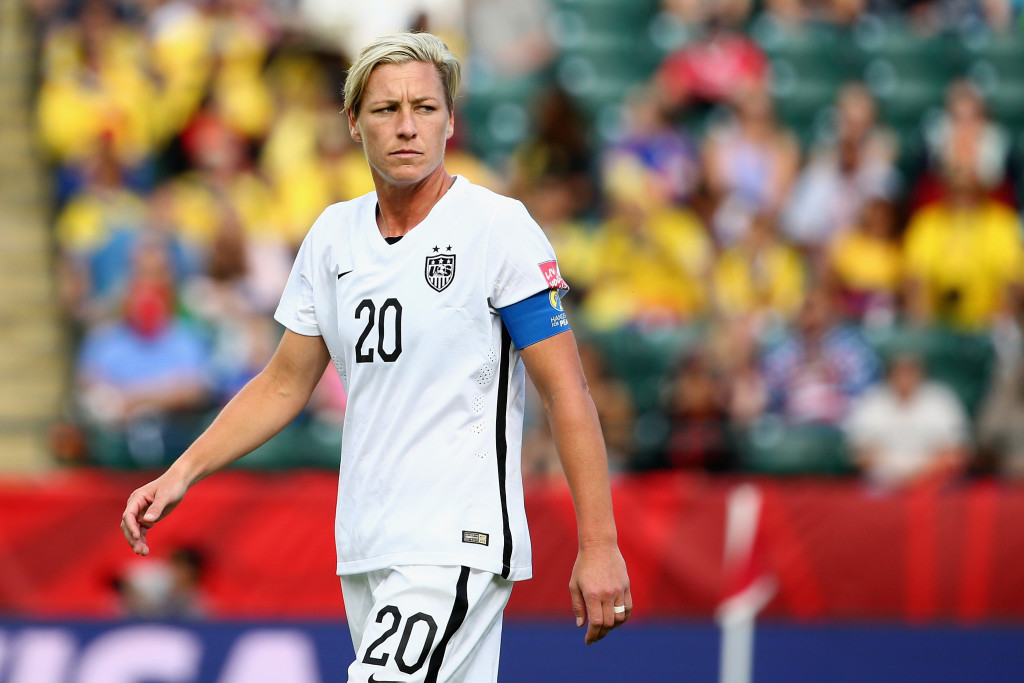 Wednesday is about goodbyes for Abby Wambach, but an interview released on the same day the world’s all-time leading scorer plays her final match reveals that she would like to see some other goodbyes as well.

Speaking to Bill Simmons on his podcast, Wambach revealed that she feels that U.S. men’s national team coach Jurgen Klinsmann should be fired. Wambach also blasted Klinsmann for bringing in “foreign” players, adding a “sorry” to her federation and U.S. Soccer president Sunil Gulati.

From Wambach on the podcast:

I would definitely fire Jurgen [Klinsmann]. Sorry Sunil [Gulati], sorry, U.S. soccer, but I don’t think Jurgen and this litmus test on him has worked. He hasn’t really focused, I feel, enough attention on the youth programs. Although he says he has, I don’t think that he has. The way that he has brought in a bunch of these foreign guys is not something I believe in wholeheartedly. I don’t believe in it. I don’t believe in it in my heart.

“And I love Jermaine Jones, I love watching him play, and I love Fabian Johnson, and he plays in Germany and is actually killing it right now after being sent home for ‘faking an injury.’ But I just think that this experiment that U.S. Soccer has given Jurgen isn’t one that personally I’m into. It’s gotta be interesting for those guys to see their coach take off in a helicopter and fly home to his home and then back to training.”

Wambach is the world’s all-time leading goal-scorer with 184 goals heading into Wednesday’s match, the 254th of her career.

Klinsmann, a former German international and World Cup champion, has been coach of the U.S. men’s team since 2011 and has incorporated several players with dual citizenship into the U.S. national team, including German Americans Jermaine Jones, Fabian Johnston and Julian Green.

Gulati wouldn’t take the bait, telling espnW, “Abby has never been shy of speaking her mind, but today it’s best to celebrate a wonderful career and character.”

Wednesday is about celebrating, but this is likely the last to be said on this topic.