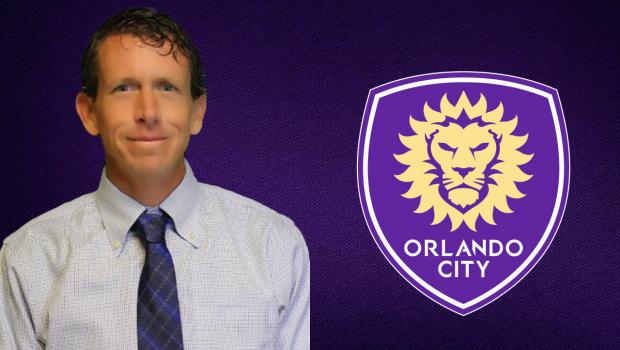 The Orlando Pride are ready to touch down on NWSL and they want you to know one thing.

“We’re in the middle of something special here,” Tim Holt, vice president of development, said in a recent phone interview with The Lowdown.

The Pride are owned by Orlando City SC, who took Major League Soccer by storm in 2015 with crowds that exceeded expectations and eventually led to an upgrade in seating capacity at the club’s under-construction stadium.  While the overall expectations for the Pride will come in lower than Orlando City’s, the club expects to have a similar impact on NWSL that the men’s side had on MLS.

“(The reaction) has been overwhelming,” Holt said of the weeks since the Pride were announced in conjunction with a national team friendly at the Citrus Bowl, the club’s current home.  “I think we had a sense just being in the market and seeing how Central Florida has responded to Orlando City over the past couple of years and then especially as we moved into Major League Soccer, believing that watching an NWSL team would be well received.  I just don’t think we knew how well received it would be both in terms of the number of people that have already jumped on board and purchased season tickets as well as just the chatter going on in the community about how excited people are.”

The excitement has led to a season ticket base that recently passed the 2,500 mark.  Of those, Holt said about a quarter are either Orlando City season ticket holders or on that club’s recently established waiting list.  Future bumps are anticipated following events such as the NWSL draft in January, schedule release, and opening of training camp in March.  The early numbers are justification for the decision to fast-track NWSL entry rather than wait until after the Olympics.

On the surface it may seem like the Pride would have been better off debuting in 2017 rather than 2016.  Those Olympics next summer will pull some of the best-known players away from all teams for several weeks, and while the club expects to debut the new stadium in 2016, it is not counting on being able to do so in time for the Pride.  But Holt said the Olympics should be embraced rather than dodged, and expressed little apprehension about the Pride playing in the oversized Citrus Bowl for the season.

“Initially I think we looked at this as a 2017 initiative,” Holt, who was charged with helping launch a women’s team and USL team (Orlando City B, also preparing to debut in 2016) when he was hired earlier in 2015, acknowledged.  “But things started falling into place a little quicker than we expected.  Winning the World Cup was good momentum.  We jumped at the opportunity and felt like our fans would follow that.  So far so good.

“There were a number of factors that played into why we moved on this a little earlier.  As we went through and developed a business plan, we felt like we could make it work from the first year even playing at the Citrus Bowl for one season.  Timing is a big factor.  There is a lot of momentum.  We thought there was an opportunity with the way the league was set up and some of the dynamics that were happening to put a very strong team together.  So when we looked at all the factors the best opportunity to join was now.  We think it’s the right decision.  The last couple of months since we launched have only reinforced that.”

Holt said that having a season in the bank when the Pride take up residence in the new stadium will pay dividends as well.  As far as putting together a strong team, the Pride made two big splashes early.  They traded a package that included the 1st overall pick in next month’s draft to Portland for Alex Morgan, and later selected Ashlyn Harris in the expansion draft.  Morgan, along with being the most marketable player in the country, is married to Orlando City midfielder Servando Carrasco.  Harris, exposed because the Washington Spirit were carrying three U.S. allocations, grew up in nearby Satellite Beach.

“First, they’re two national team level players so they’ll be enormously impactful in terms of our on-field performance.  That’s first and foremost,” Holt said.  “Secondly they’re both extremely marketable athletes playing at the highest level of international soccer.  With Ashlyn you have that local connection.  I know she was a fan favorite during her time in D.C.  And you can just see that she’s real engaging.

“You can see in the short amount of time that she’s really embracing this.  She’s excited to come home and help build a club.  I think the same is the case with Alex.  This opportunity to build a women’s professional team in a new market is exciting for her.  A lot is going to be asked of her from a soccer standpoint and from a promotional standpoint.  She’s used to carrying that on her shoulders.”

Pride promotion, though, will run deeper than just highlighting the women’s team.  Though Holt acknowledges the fan bases will have their differences, there is already a promotion where fans can purchase tickets to the home openers for both the Pride and Orlando City.

“We’ll collaborate quite a bit,” Holt said.  “Both of the training bases will be in the same general area.  There are a number of different ways that we can cross-promote some of the sponsors.  We’ll have some announcements forthcoming in the next several weeks.

At the end of their inaugural MLS campaign, Orlando City put out a video highlighting the fan experience at matches.  One fan commented that as a lifelong Orlando resident she had never felt the type of city pride as when she began attending Orlando City matches.  Holt and the rest of the organization are hoping some of that carries over to Orlando Pride.

“It’s so amazing.  Through my years at USL (Holt was a long-time USL executive before joining Orlando) I’ve had the opportunity to see a lot of different markets and see some really special situations grow.  There is nothing like what is happening here in Orlando over the course of the last four or five years.  It’s a city that had some history of high-level soccer, but really wasn’t even on the map nationally.  And there was a void that needed to be filled.  Not just bringing professional soccer here and ultimately Major League Soccer but bringing a team that is so connected with the community day in and day out.  The way that people have responded and the way that it is important in their lives is inspiring.

“It’s definitely happening on the MLS side.  The Orlando Pride are part of that same family.  We’re going to build a unique identity for this professional soccer team of ours, but it’s part of the same family of clubs.  The early returns and just seeing how people are very warm to embrace it makes you want to work that much harder to make sure that the product both on and off the field is something special.  When people tell you that it means something in their lives it starts to go beyond sports.”