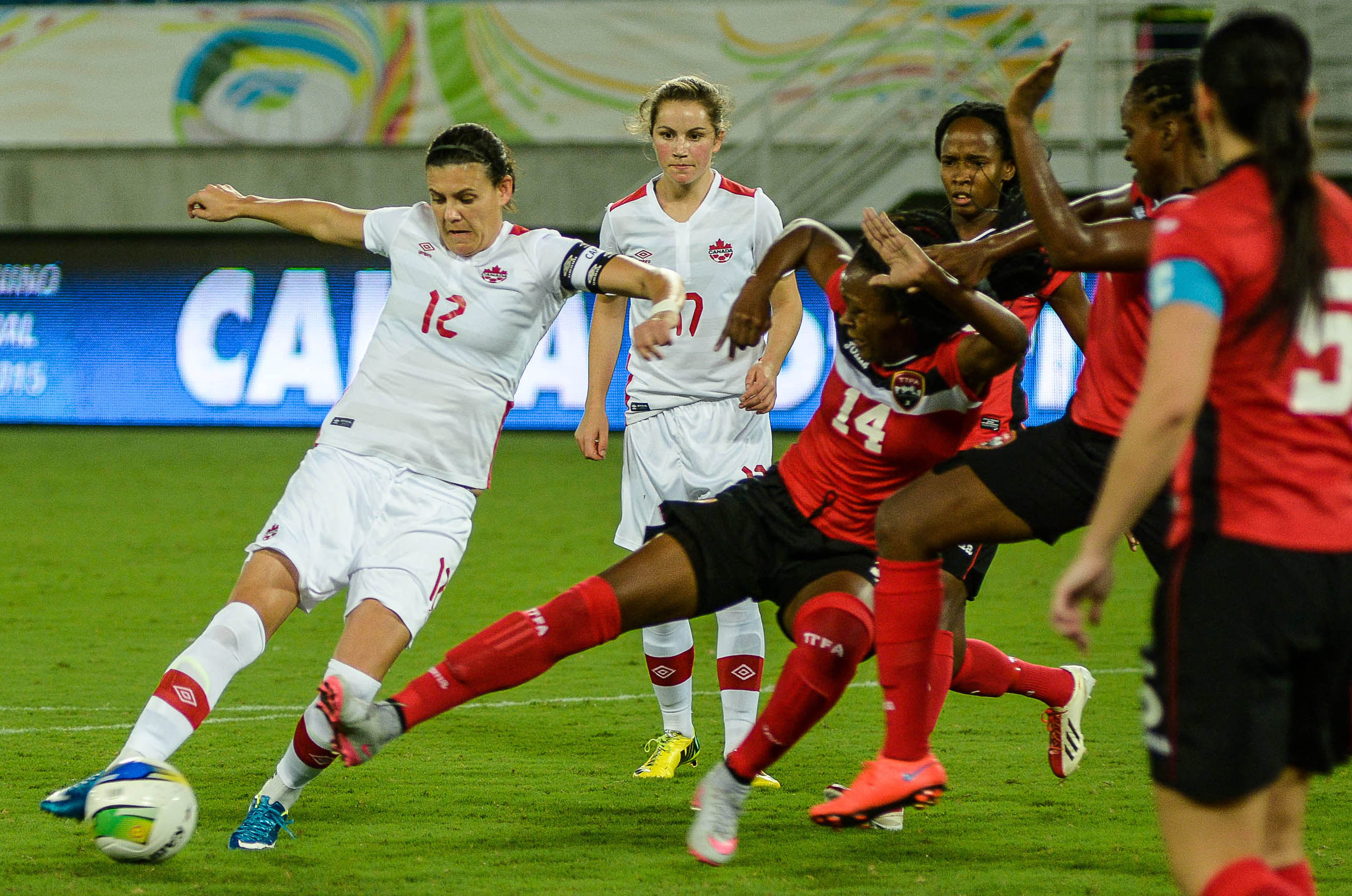 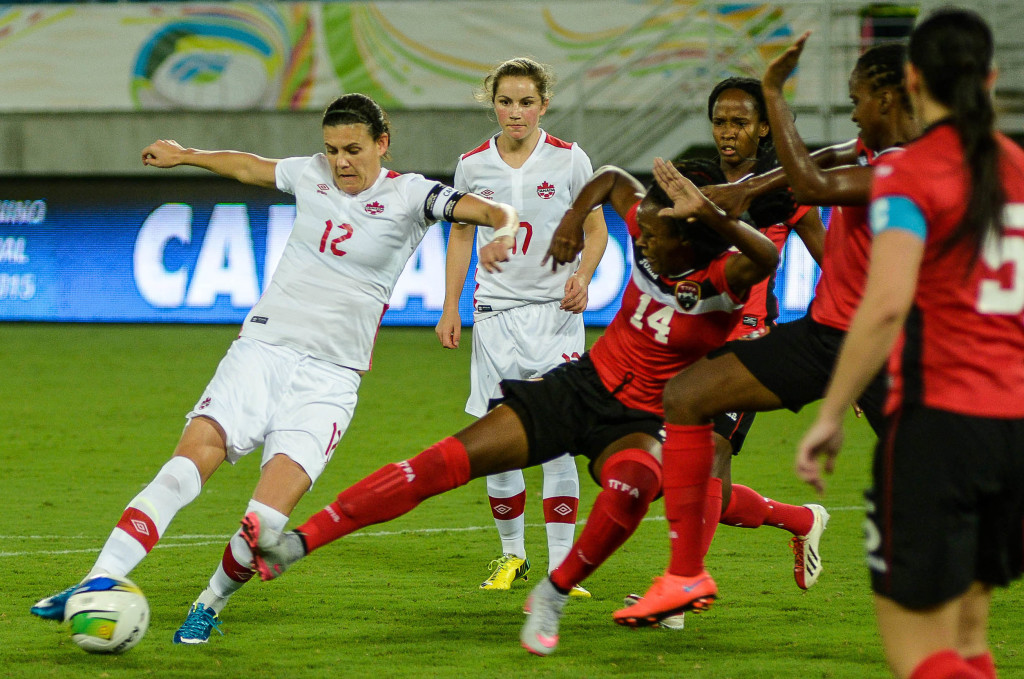 Christine Sinclair tied Mia Hamm for second all-time in career international goals with her 158th tally on Sunday against Trinidad and Tobago in Natal, Brazil. Canada won the match, 4-0.

Sinclair, 32, is Canada’s all-time leading scorer and now one goal away from taking sole possession of second place in the all-time world scoring chart. United States forward Abby Wambach, who is scheduled to play her final international match on Wednesday, holds the world international scoring record for men or women with 184 career goals.

Sinclair’s goal on Sunday was the captain’s 10th of the year in her 230th career cap. It came in the 85th minute.

Wambach and Sinclair were once both tied with 99 goals on the day with they played each other — July 19, 2009. Wambach scored that day in front of a hometown crowd in Rochester, N.Y. Wambach puled never looked back, getting out in front of the chase to Hamm’s record and tying and breaking her old teammate and mentor’s mark on June 20, 2013 when she scored four goals against South Korea.

Sinclair’s next opportunity to surpass Hamm will come against Brazil on Wednesday.