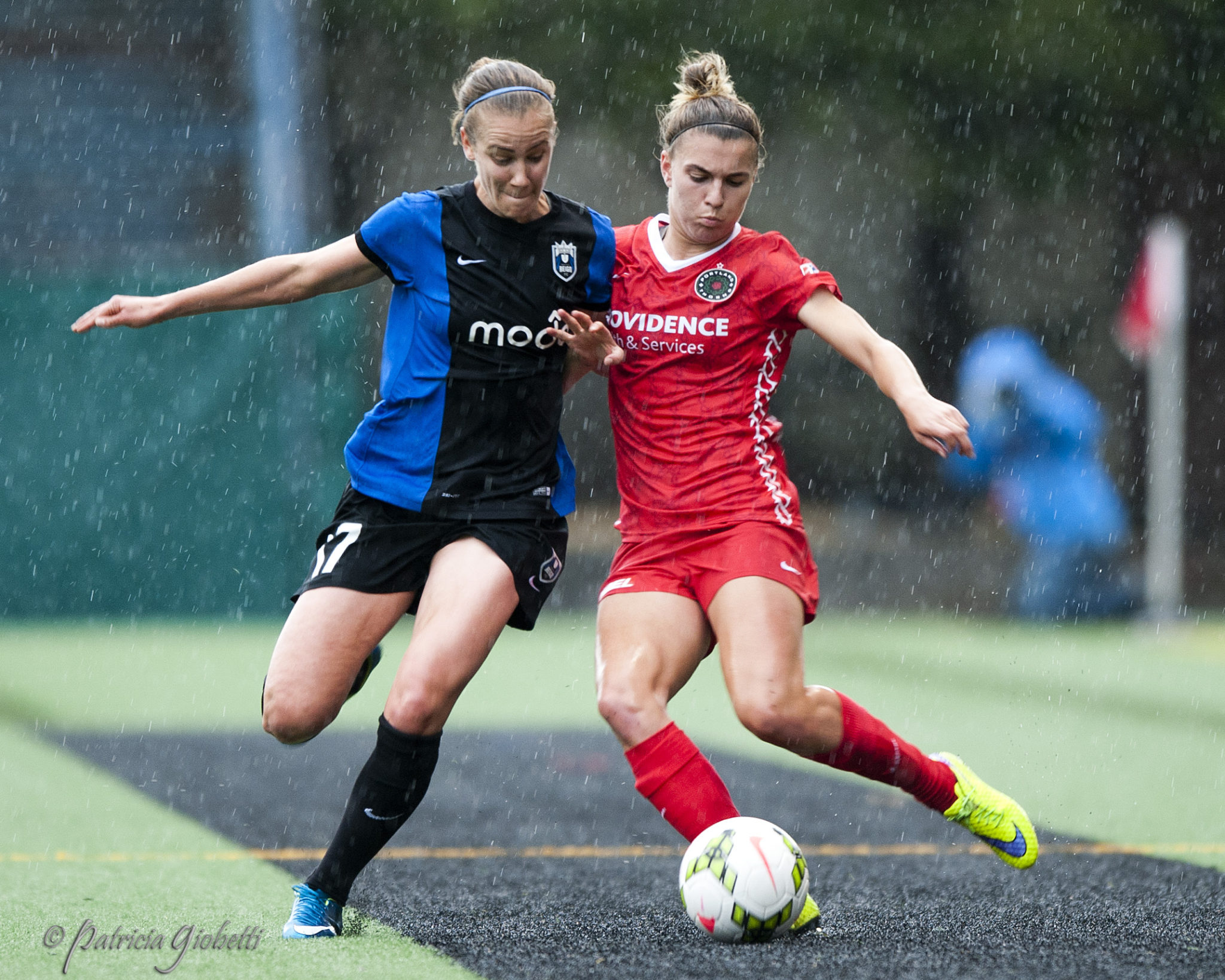 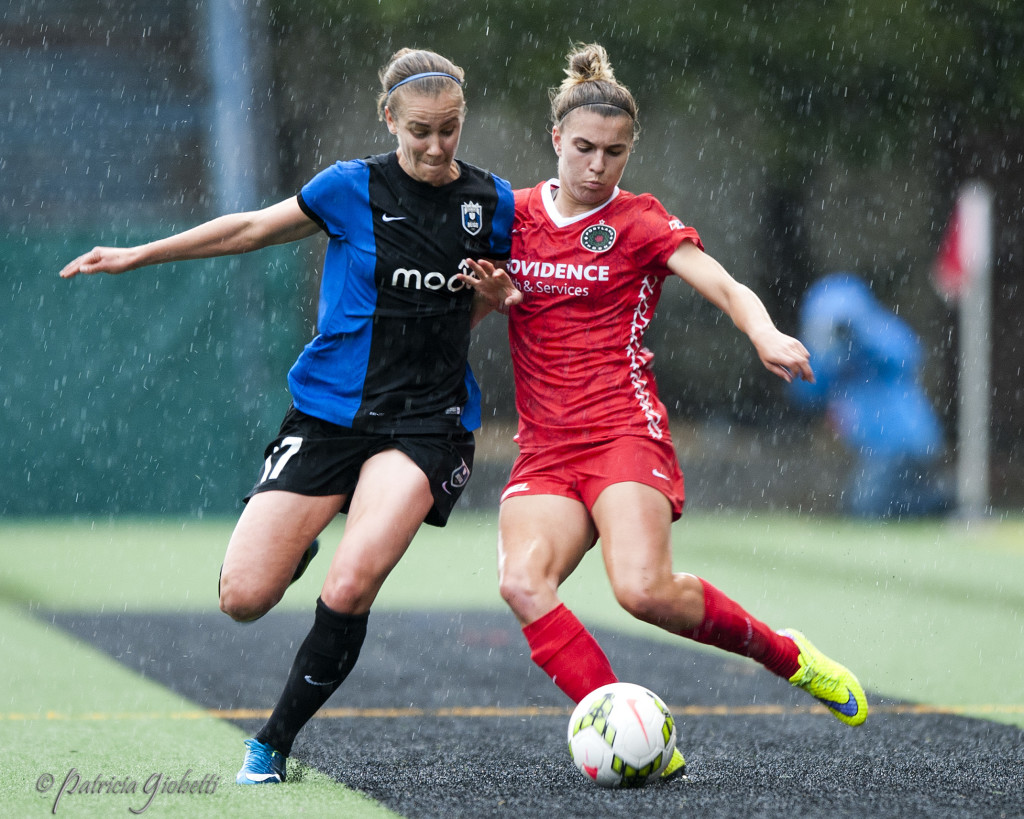 Stephanie Catley (right) has been traded from Portland Thorns FC to Orlando Pride in exchange for goalkeeper Adrianna Franch. (Photo Copyright Patricia Giobetti for The Equalizer)

Portland Thorns FC has acquired American goalkeeper Adrianna Franch and a third-round pick (No. 21 overall) in the 2016 NWSL College Draft in a trade with Orlando Pride. In return the Thorns sent the rights to Australian defender Stephanie Catley to Orlando.

Franch’s rights were acquired by Orlando via discovery after her NWSL rights with the Western New York Flash expired at the end of the 2015 NWSL season. Franch was the No. 6 overall pick in the 2013 NWSL Draft and immediately became Western New York’s starter, guiding the Flash to the NWSL Shield and an NWSL Championship appearance. She missed the 2014 NWSL season after tearing her ACL in preseason. A contract dispute in the 2014 offseason led to Franch leaving for Norwegian Toppserien club Avaldsnes IL.

At 25 years old, Franch could have a future as a U.S. international.

“It has been a priority to head into 2016 with two top goalkeepers,” said Thorns FC head coach Mark Parsons, referencing current Thorns goalkeeper Michelle Betos, who was named 2015 NWSL Goalkeeper of the Year. “Adrianna is a great addition on and off the field and I am very excited we have been successful in bringing her to Portland. She is a commanding goalkeeper with great distribution and superb work ethic.”

Catley, a left-footed defender, is reunited with coach Tom Sermanni in Orlando. Sermanni briefly coached Catley for the Australian national team before the 61-year-old Scotsman took the U.S. national team job in 2013. She now has 41 caps for Australia.

It was Sermanni who initially helped Catley land in the NWSL, recommending the defender to then Portland head coach Paul Riley.

“Stephanie will be a great addition to our inaugural NWSL season,” Sermanni said. “She is one of the best left backs in the world, who has already amassed over 80 appearances at the professional level.”

Sermanni also had connection to Franch, having brought her in for a United States camp in early 2013.