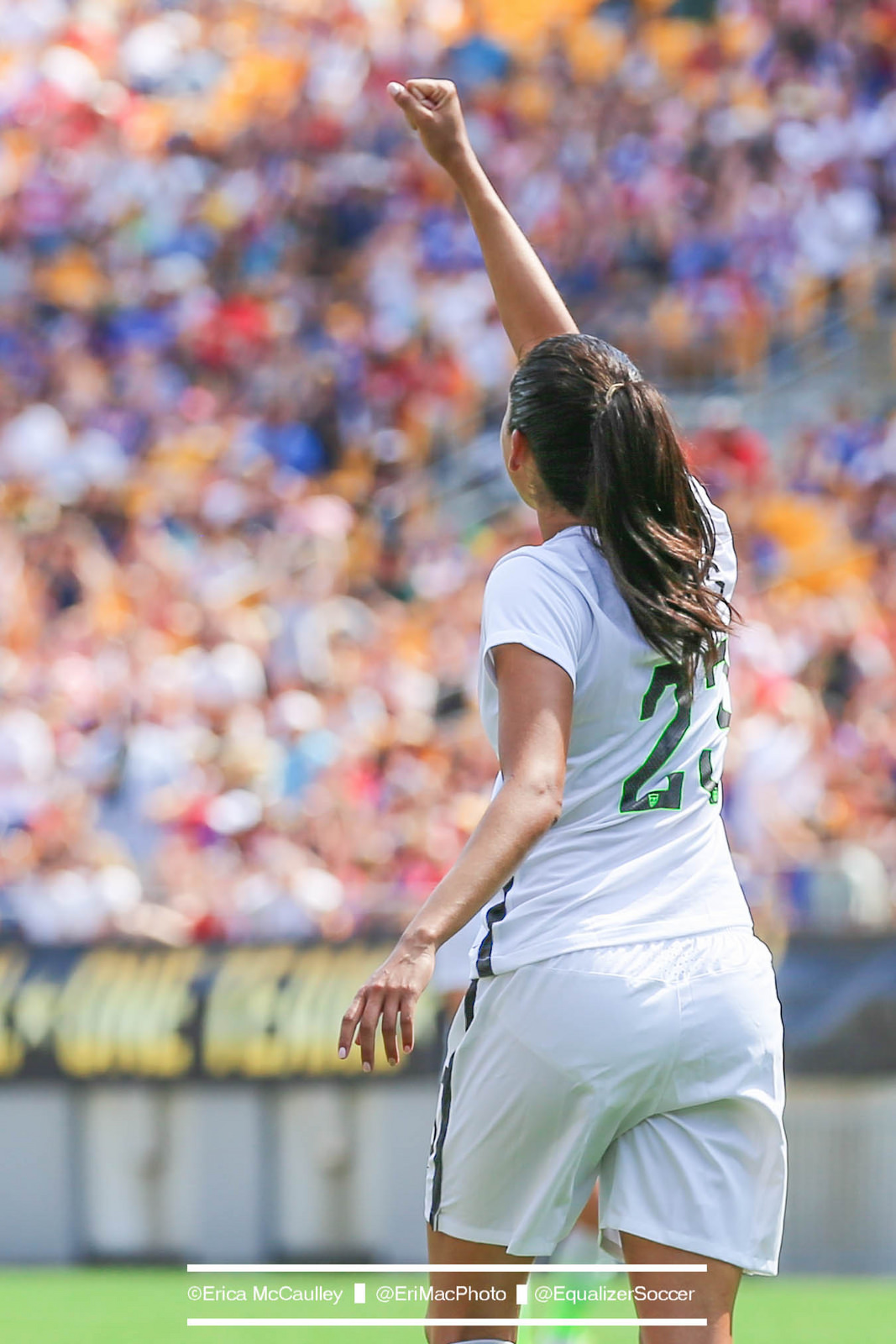 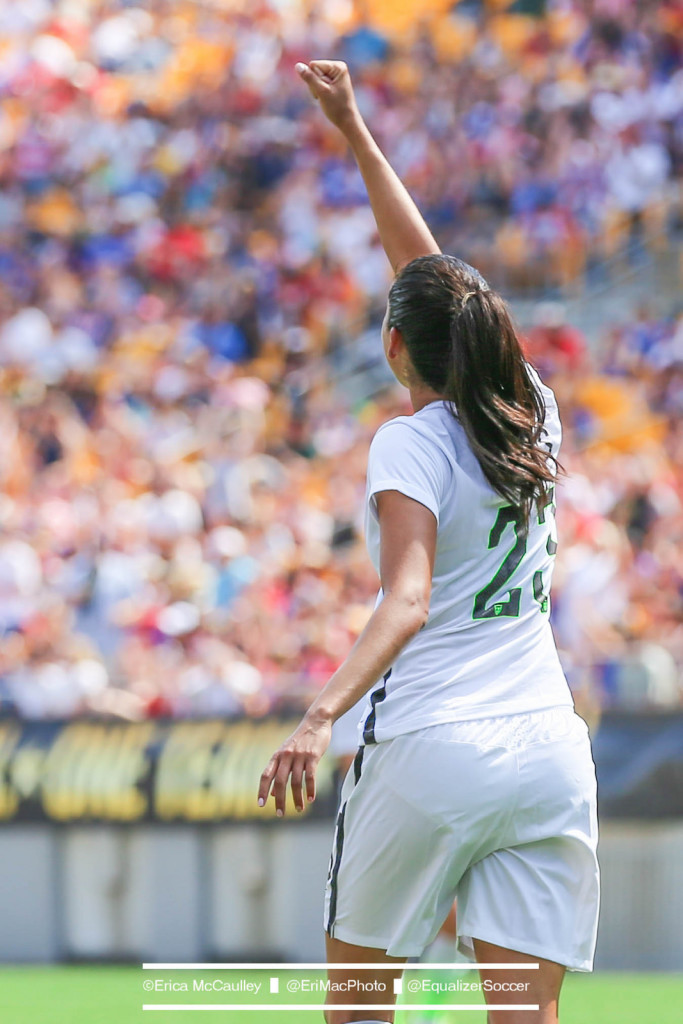 Christen Press scored a hat trick on Thursday against Trinidad and Tobago. (Photo Copyright Erica McCaulley for The Equalizer)

Christen Press scored a hat trick off the bench to help lift the United States women’s national team to a 6-0 victory over Trinidad and Tobago on Thursday at the Alamodome in San Antonio.

The match came four days after U.S. Soccer canceled a match against Trinidad and Tobago due to what was described as an unacceptable playing surface at Aloha Stadium in Honolulu, Hawaii. In a team essay, the U.S. women detailed “sharp rocks” on the artificial turf, as well as seams in the field which they felt were dangerous.

All of that led to the match being canceled some 18 hours before scheduled kickoff. (There is now a class-action lawsuit against U.S. Soccer and the Aloha Stadium Authority filed by two lawyers on behalf of some fans who are seeking damages. All tickets will be refunded, U.S. Soccer has previously announced.)

[MORE: USWNT details why match in Hawaii had to be abandoned]

All of this made for a very strange environment on Thursday, but the show went on, and Press and Lindsey Horan stole it.

Carli Lloyd opened the scoring in the 21st minute on a penalty kick which nobody seemed to know had been awarded. Alex Morgan collided with Trinidadian goalkeeper Kimika Forbes in the box, but Forbes took the worst of it, taking several minutes to get up after receiving a cleat to the stomach. When Forbes finally gathered herself several minutes later, a penalty was awarded. Lloyd buried it in the top corner for the Americans’ only goal of the half.

Press came into the match in the 60th minute and scored her first goal just over a minute later, completing her third career international hat trick in the 84th minute.

Horan, starting for the U.S. in the No. 10 role, assisted Press’ third goal — a header — as well as Morgan’s goal. Horan, who is leaving PSG for Portland Thorns FC, added a goal of her own in second-half stoppage time on a wonderful bit of team play:

With the U.S. extended its home unbeaten streak to 103 games, dating back to November 2004.

Abby Wambach entered the match in the 76th minute. Her final game of her career will take place on Dec. 16 at the Superdome in New Orleans, Louis., against China. The U.S. and China also play on Sunday in Glendale, Ariz.

Early in the match, Trinidad and Tobago’s Lauryn Hutchinson went down injured on a non-injury. It was an apparent knee injury. The Alamodome turf is the same one on which Australia’s Kyah Simon tore her ACL in 2013 and the same field on which Alex Morgan’s initial ankle injury began to start a two-year stretch of injury issues.