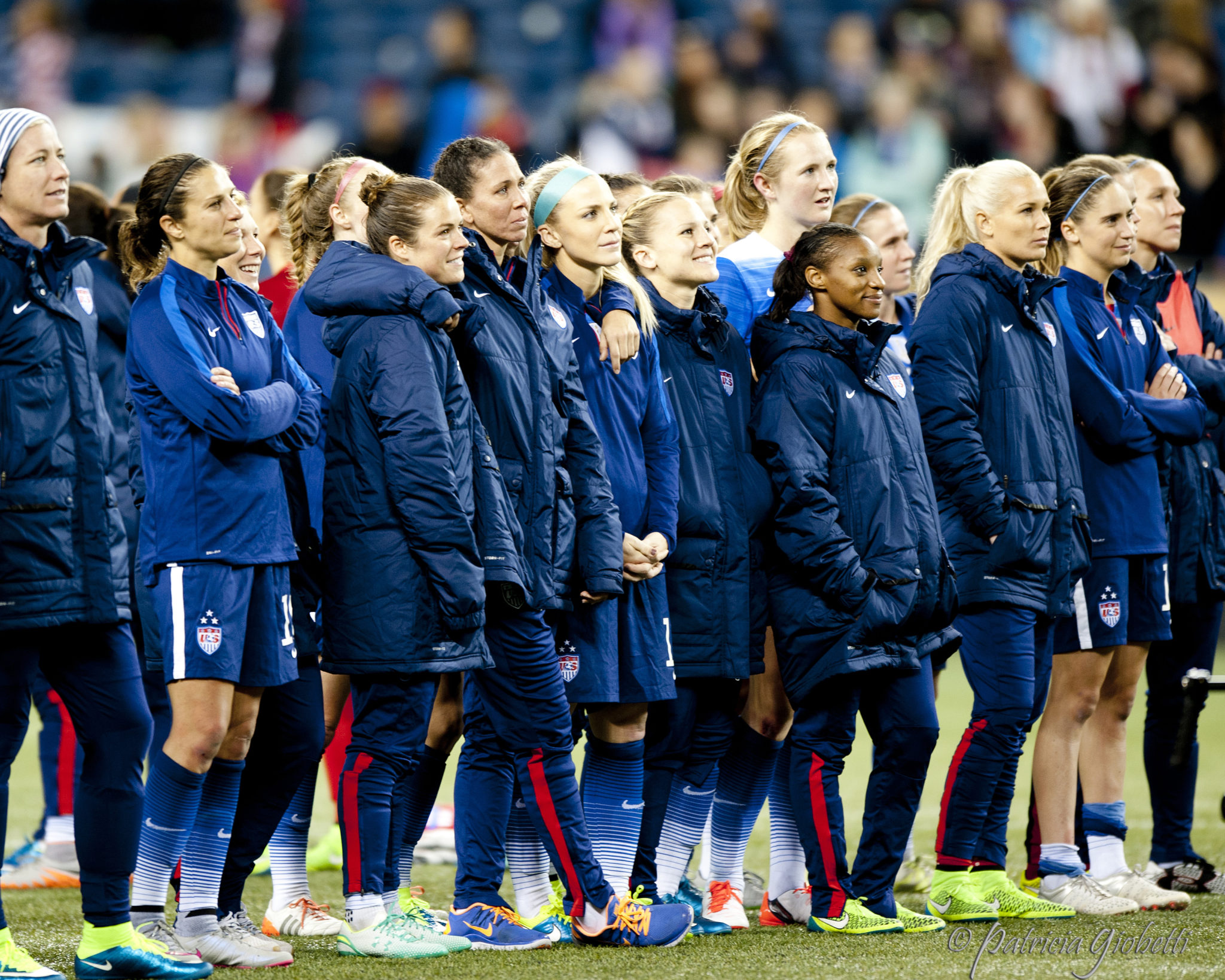 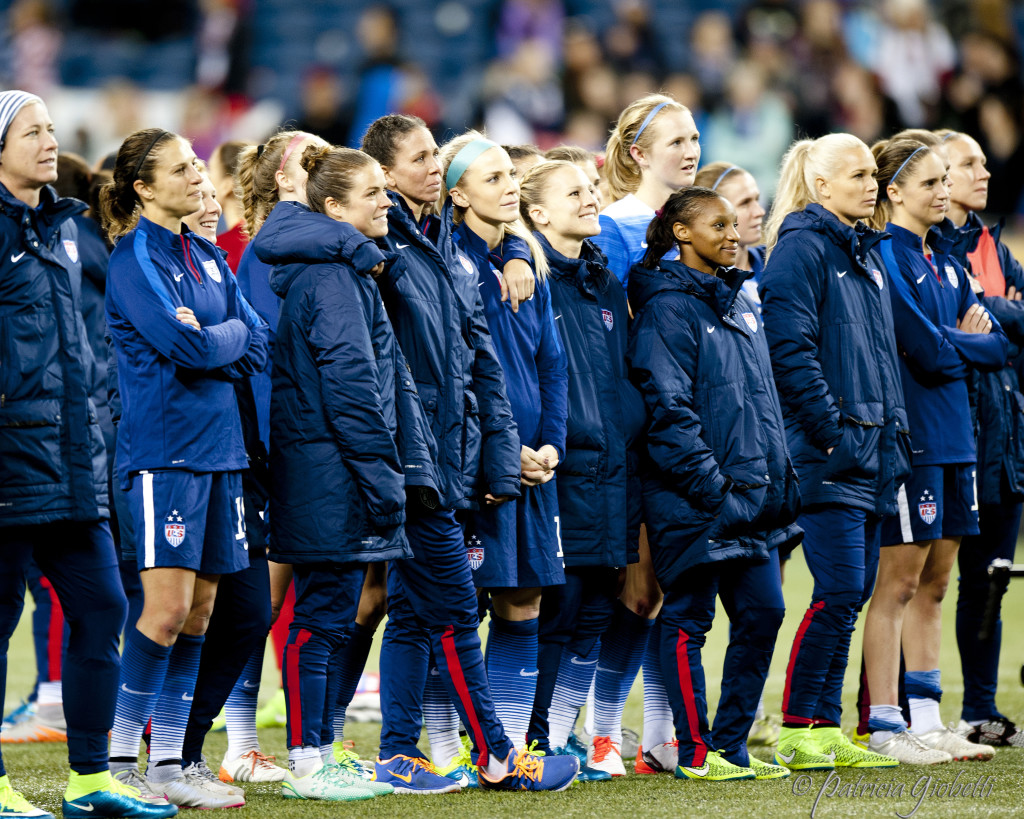 U.S. Soccer canceled a planned match against Trinidad and Tobago in Hawaii hours before kickoff after players spoke out against poor field conditions. (Photo Copyright Patricia Giobetti for The Equalizer)

Hours after players spoke out against poor field conditions, U.S. Soccer announced that Sunday’s match scheduled to take place between the women’s national team and Trinidad and Tobago at Aloha Stadium in Honolulu, Hawaii, would not be played.

The game was canceled “after a determination that the artificial turf surface is not suitable to hold an international soccer match,” according to U.S. Soccer. All tickets will be refunded, U.S. Soccer says.  Approximately 15,000 tickets had been sold for the match.

“We extend our sincere apologies to those fans who were scheduled to attend the U.S. Women’s National Team match in Hawaii,” said U.S. Soccer spokesman Neil Buethe. “Player safety is our number one priority at all times and after a thorough inspection throughout the day, we determined it was in the best interest for both teams to not play the match. We regret not being able to play in front of our fantastic, loyal fans.”

The decision to cancel the match came hours after star U.S. forward Alex Morgan spoke out against poor field conditions not just at Aloha Stadium, but on the entire victory tour, including the grass training grounds in Hawaii on which Megan Rapinoe tore her ACL in a non-contact injury on Friday.

“I think the training grounds that we were given and the playing surface of the stadium were horrible,” Morgan told Fox Sports in Honolulu. “I think it’s hard because no one’s really going to protect us but ourselves. So we’re put in a very hard position because obviously we want to play in front of these fans and we want to train before the game but injuries happen when you don’t protect yourself and when you’re not protected from those higher up from you.”

A U.S. Soccer spokesman tells The Equalizer that an inspection of the field was not conducted prior to the national team’s trip to Hawaii, but the NFL’s usage of the field and inspections of it gave U.S Soccer confidence

“Due to that available information, we did not do a formal inspection of the field before the victory tour,” U.S. Soccer spokesman Neil Buethe said. “During the formal inspection, however, concerns were raised about the uneven seams and the hard pellets and we deemed the field unplayable.”

ESPN’s Julie Foudy and Fox Sports’ Jenny Taft made separate notes on Twitter, Foudy on the inequities between preparing for men’s and women’s friendlies and Taft about what was found on the pitch at Aloha Stadium.

I'm being told for men's team a rep flies to venue months in advance & no @ussoccer rep inspected this Hawaii field. #USWNT

After @ussoccer_wnt further examined the turf – I was told that small sharp plastic pieces (pebbles) were mixed in with the rubber. #uswnt

U.S. goalkeeper Hope Solo posted a close-up photo of the field being pulled up from the ground:

Our loyal fans: Thanks for standing with us against unsafe field conditions & standing tall for #equal treatment pic.twitter.com/abn560Kitw

U.S. Soccer says that “all possible options available were considered to get the field in a playable condition.” The announcement was made at 5:25 a.m. ET Sunday, which is 12:25 a.m. in Honolulu.

“We are extremely disappointed that this event will not take place at Aloha Stadium,” Chan said. “U.S. Soccer officials informed us that this game will not be played at approximately nine this evening. We feel the people of Hawaii deserve to see an international soccer match of this caliber, however, we were unable to reach an agreement with U.S. Soccer to allow this event to happen.”

The financial hit for U.S. Soccer will be significant. U.S. Soccer will need to refund all tickets and there will surely be implications with media partner Fox, which hyped the event for months as part of their Pearl Harbor Remembrance Day promotion (the very reason the game was being played in Hawaii). The Equalizer also understands that U.S. Soccer is covering expenses for Trinidad and Tobago during its opponents’ time in Hawaii and San Antonio (Trinidad and Tobago paid its own expenses to get to Hawaii).

Sunday would have been the first time a U.S. national team played in Hawaii.

Player outrage over venue conditions goes beyond Hawaii. Rapinoe said in October about picking up bolts off one field on the victory tour:

“In one stadium, we were literally picking up bolts from the turf before the match,” she told the Players’ Tribune. “I want as many people to see us as possible, but my ankles could use some nice, soft grass for once.

Two of the final three stops on the team’s victory tour are on turf fields, in San Antonio on Thursday and in New Orleans on Dec. 16. Both games are slated to be played as scheduled, as is the Dec. 13 game on grass in Glendale, Ariz.